Today I must bring this list to an end. It’s not because I’m really finished — I have dozens more songs I’d like to add and write about. It’s because we’re now a week into February and I really ought to spend more time focusing on the songs of this year instead of yesteryear.

So, please do me a favor and hold your fire. I know I didn’t include some of the songs you’ve been waiting to see, and please don’t question how the hell I chose the ones I did include, at the cost of your own favorites, because it was anything but an organized, scientific, and well-thought-out process. I’m happy with what I chose, but easily could have chosen others.

That statement is as true of today’s final songs as all the ones that came before. I picked a few — okay, more than a few (though accompanied by fewer words and no artwork) — but in coming down to the wire I yielded even more to random impulse than probably ever before.

On Monday I’ll add a “wrap up” post that compiles everything on the list from eager beginning to anguished end, all in one place. And with that, here are the final choices, this time arranged alphabetically. END_OF_DOCUMENT_TOKEN_TO_BE_REPLACED

(Andy Synn returns to an old, irregular series of album reviews in haiku. Three reviews of three lines each come after the jump. With music, of course.)

This week is brought to you by the number “the”.

By which I mean that every band I’m reviewing this week is one of those “the something” bands.

Naming conventions aside though, they’re all quite different, running the gamut from leviathan Doom to scintillating Tech to totally not Metal at all, so whoever you are, there should be something to tickle your earbuds over the course of the next 5-7 days!

Let’s begin with some of my trademark pithy haikus, as I know some of you have been missing them and clamouring (quietly) for their return. END_OF_DOCUMENT_TOKEN_TO_BE_REPLACED

The music is dark, heaving, and very heavy — with bombastic outbreaks of wildfire and thunder — and the bleak, majestic melodies are effective at getting under the skin. But what sets the music apart and makes the album especially memorable are the vocals. In addition to the incinerating shrieks that you might expect in a black metal album, you’ll hear reverberating liturgical chants in what I’m told is Church Slavonic — the language used in the Orthodox Church in such places as Poland, Russia, and Ukraine, as well as nations in the Balkan Peninsula. END_OF_DOCUMENT_TOKEN_TO_BE_REPLACED 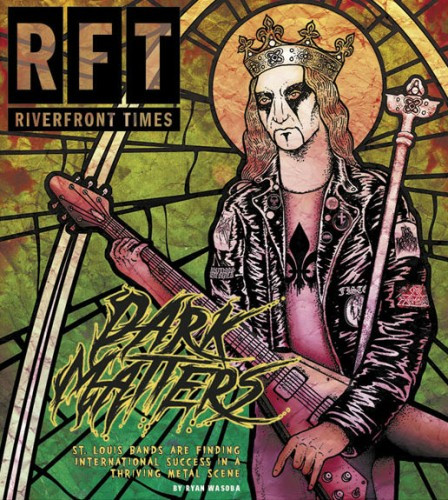 The article is built on interesting stories about each band’s music and their experiences getting to where they are now — Fister’s new album IV (which consists of a single 44-minute song) is due for release in a matter of days, and The Lion’s Daughter and Black Fast have signed to prominent labels (Season of Mist, and eOne) for the release of their next albums. Those stories include anecdotes from Black Fast’s recording sessions with Erik Rutan that are kind of amazing as well as amusing. But all the stories are interesting. END_OF_DOCUMENT_TOKEN_TO_BE_REPLACED

Promulgation of the Fall, the new album I’ve written about before by the excellent Greek band Dead Congregation, is now streaming in full and available for acquisition on Bandcamp. Part of me thinks this moots the point of a review. Part of me wants to lavish my praise in print anyway. We’ll see — but you should damn sure listen below: END_OF_DOCUMENT_TOKEN_TO_BE_REPLACED 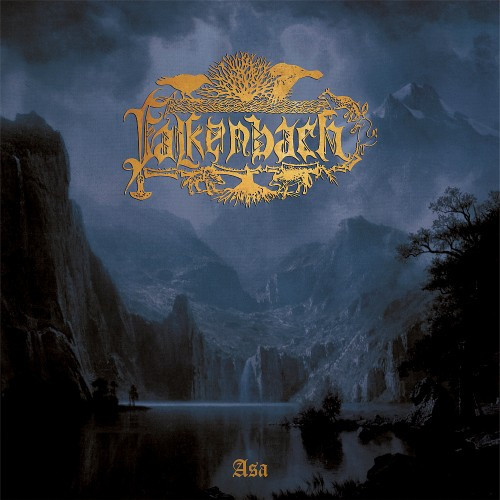 “With multiple styles present, Asa sounds atmospheric and epic, Vratyas Vakyas putting forth excellent performances in everything he’s done with this album. The contrasting vocal styles are well done and may rival some of the best bipolar voices in metal, but the use of acoustic guitar may actually be the highlight of the album. I can envision Asa being what campfire stories at night would sound like with backing guitars and drums as others go forward to to do the deeds being sung about back home…. Falkenbach remains one of folk metal’s standard bearers, Asa showing exactly why.” END_OF_DOCUMENT_TOKEN_TO_BE_REPLACED

I’ve had to re-write this review around three times to really sum up my feelings about A Black Sea, the collaborative album from St. Louis sludge metal band The Lion’s Daughter and Indian Blanket, a folk outfit from the same city. Although I haven’t had much time to listen to the album, I feel quite strongly that it is one of the finest extreme metal albums released in 2013.

I first heard of this project right here, when Islander posted a stream of “Wolves,” the first cut from this album. That song’s mix of metal and folk brought up more than a few touchstone sounds—Agalloch and Neurosis, most obviously, and Opeth and Cobalt to a lesser degree. It made a good enough first impression to put A Black Sea near the top of my priority list.

Consider expectations met. A Black Sea is the sort of album that one can listen to from front-to-back and then re-start. Both Indian Blanket and The Lion’s Daughter carry a versatile array of styles, and employ every one of them on this album. As a result, even though the overriding mood stays bleak, the album winds from churning sludge to delicate acoustic passages—it feels every bit like a journey across the titular sea, or into the foreboding, prehistoric forest depicted on the cover. END_OF_DOCUMENT_TOKEN_TO_BE_REPLACED 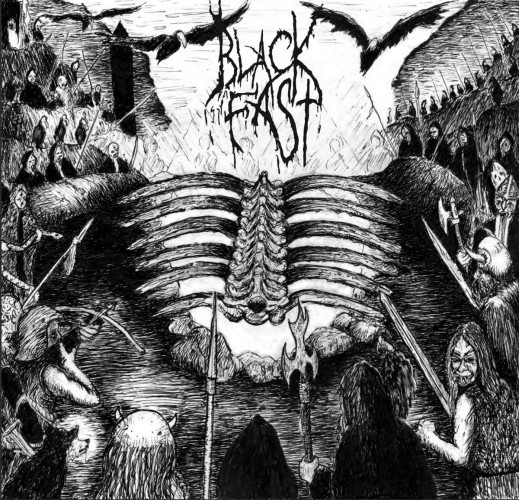 The Black Fast album was released via Bandcamp in August of this year and it follows a self-titled EP from 2011. The featured song on Bandcamp is the album’s fourth track, “Obelisk”, and I listened to that one and then checked out the album opener, “Levitations”. They’re both head-whipping riff machines with bounding bass lines, jaw-dropping guitar solos, and caustic vocals. “Blackened thrash” is a start at a genre description, but doesn’t do justice to the intricacy or the strong progressive leanings of the songwriting. It’s kind of like a mash-up of Vektor and Blotted Science. END_OF_DOCUMENT_TOKEN_TO_BE_REPLACED