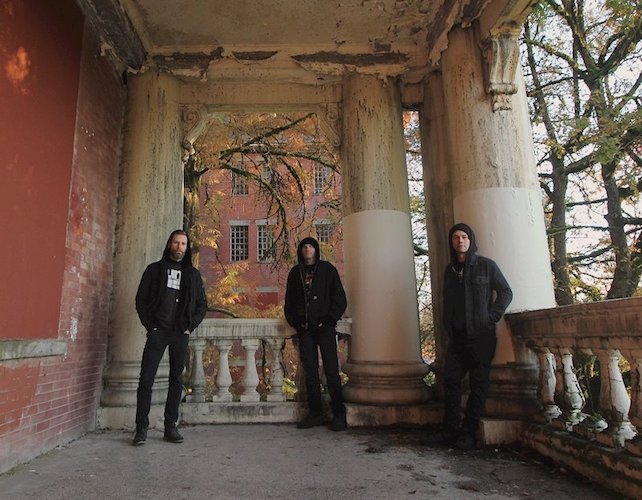 Before listening to a note, I loved the idea of Crystal Coffin‘s new album, The Starway Eternal. So let’s begin with that idea, which also helps explain the cover art and the adventurous sensations afforded by the music. As presented in the press materials:

“Cast against the historical realities of the Chernobyl power plant meltdown of 1986, the assumed protagonist – an operator at the power plant – discovers the portalway behind an inoperable console and soon finds that her longing for meaning in this chaotic world answers the opportunity to seek out the purported gods and angels that live among the cosmos in our known solar system.

“To find such entities would be to imbue a sense of importance in our collective existence beyond the daily disorder and existential despair that one accepts. Her trips into various corners of space reveal little to no such beings, and during one such fruitless endeavor, her portalway back to earth is shut permanently; reactor 4 at Chernobyl back on earth has suffered its meltdown during shutdown operation.

“Frantic, she makes the decision to return to earth by falling through the fiery atmosphere as a lonely, final and futile act of desperation. Of course, survival is impossible, and such an act becomes a metaphor for our time, wandering the earth with little connection to anything beyond the physical world”. END_OF_DOCUMENT_TOKEN_TO_BE_REPLACED