The music is dark, heaving, and very heavy — with bombastic outbreaks of wildfire and thunder — and the bleak, majestic melodies are effective at getting under the skin. But what sets the music apart and makes the album especially memorable are the vocals. In addition to the incinerating shrieks that you might expect in a black metal album, you’ll hear reverberating liturgical chants in what I’m told is Church Slavonic — the language used in the Orthodox Church in such places as Poland, Russia, and Ukraine, as well as nations in the Balkan Peninsula. 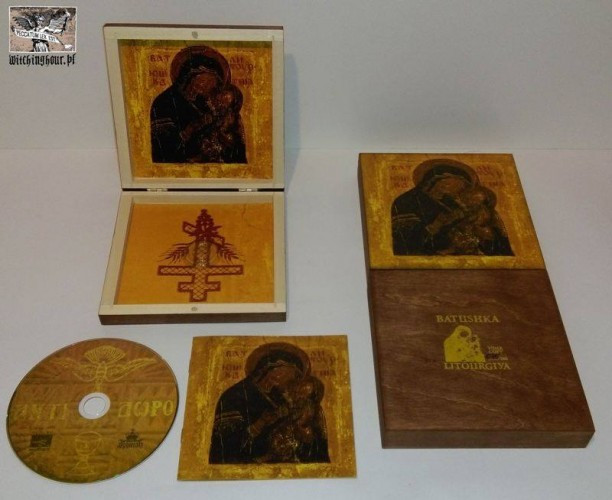 The vocal chants are recited in a range of voices, including both deep and higher male voices and in one song a female voice. The dramatic, keyboard-enhanced melodies in the music — when combined with those chants, some beautiful clean singing (in the seventh track), and a few other unexpected instrumental touches (including the echo of ecclesiastical bells) — elevate the music to a plane where the stately and the explosive find room to coexist. It’s as if a solemn voice is telling you to bow your heads in prayer, to await the vortex of fire and the earthquake, which are not long in coming — in fact, they are all around you throughout this album.

I have a very difficult time picking out any one song as my favorite — they are all powerfully good and beautifully produced. I also really want to use the word “epic”, even though I swore a long time ago that I would stop using that word, the word “epic”. Spelled E-P-I-C.

Late in the year, this album has quickly become one of my 2015 favorites. Highly recommended.

P.S. I’m told by my Russian friend “B” that “Batushka” (“Батюшка”) roughly translates as “Holy Father”, that grammatically it’s an endearing variation of a folksy word for “Father”– “Bat’ka” (Батька), but that the most common current-day use of this variation is to refer to a priest.

(I have lot of people to thank for my discovery of this album, all of whom praised it to me — Vacuity and Piotr in their comments on NCS posts, and “B” (Station Dysthymia) and “M” in messages to me on FB. “B” also pointed me to the very sweet wooden box icon edition of the album, which you can see above. I think I must have it.) 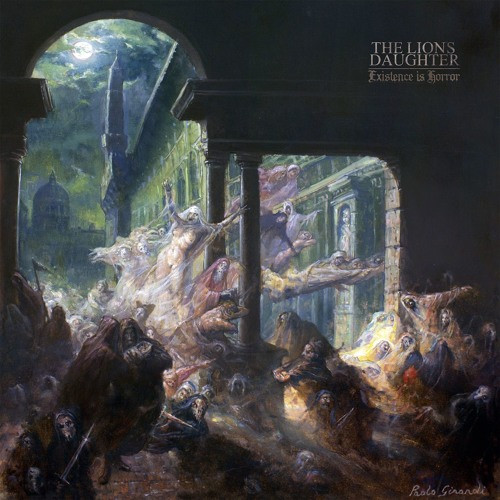 The next music comes from a St. Louis band I first heard during 2013 when they collaborated with another St. Louis band named Indian Blanket to produce a stunning album entitled A Black Sea (reviewed here). The Lion’s Daughter now have a new album of their own set for release by Season of Mist on January 8. Its name is Existence Is Horror and it includes painted cover art by the maestro Paolo Girardi.

Yesterday DECIBEL premiered the album’s closing track, “The Horror of Existence”. The press release I received included this statement by the band:

“‘The Horror of Existence’ is the final song on the new record. We felt that after the many twists and turns throughout the LP, the only proper way to end it would be with total devastation. The title is centered around pessimist philosophy, and asks for the ultimate and final erasure of human life from the planet. It would be preferable for none of us to ever have been at all.”

The dismal distorted riff at the start paves the way for an utterly pulverizing song. It just hammers and hammers until bone fractures, and the music’s grim melody and harrowing vocal performance do a demolition job on your emotional well-being, too. But the song’s flickering lead guitar melody not only ratchets the intensity as the song accelerates in the mid-section, it also sticks in the memory. Really good, and really cataclysmic.

Another wrenching and electrifying song from the album, “Four Flies”, premiered at PopMatters last month, and I’ve included a stream of that riveting track below. To listen to “The Horror of Existence”, go here: 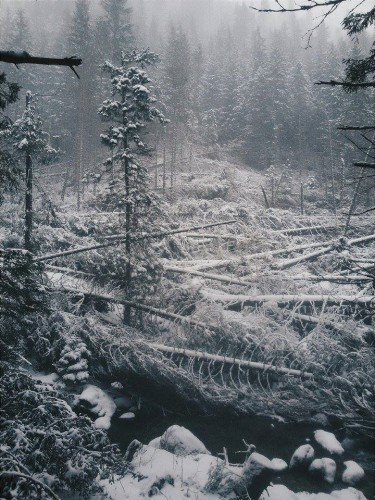 These days, all I have to see is “black metal from Iceland” and I’m compelled to check it out. And yes, Toska is from Iceland, with a self-titled debut album (or EP, depending on your time-length criteria) that was released via Bandcamp on December 4 (“name your price”). But Toska isn’t much like other Icelandic metal bands who are killing it these days (e.g., Sinmara, Misþyrming, Svartidauði).

Toska (whose members or member I know nothing about) is certainly capable of launching blast-fueled strafing runs — there’s plenty of that on this album (most of the music hurtles along like a Formula One car). Tosco is also capable of varying the rhythms and crafting gripping vibratory melodies while issuing lacerating vocal savagery reminiscent of a demon tyrant I met in a dream after drinking way too much.

But what has made me a huge fan of the album are the unexpected twists and turns waiting within it — and man, there are a lot of them (many of which go well beyond even the loosest confines of black metal).

For example, there are the extremely cool lead guitar flurries (and a trippy, echoing solo) in “Night II — Throbbing Tumulus”.  There are other wonderful guitar flights of fancy elsewhere in the album — perhaps most wondrous in “Night III – Iced Specters”). And there are the ethereal keyboard melodies that appear like a guest performance by Lustre in the most unexpected of places early in the album.

The first four songs on Toska are such a thrill-ride that the slow, mesmerizing ambient drift in the fifth track seems like a coating of aloe vera gel on a bad sunburn. But it’s a temporary balm, because the last two songs get things superheated and crazy again — even more technically acrobatic, overtly prog-minded, and avant-garde than what has come before. I think the award for “Part of A Song That Will Throw You For The Biggest Loop” comes in “Night IV — The Howling Descent”, but it’s a close call.

I have one bone to pick about the album: I would rather do without the places on the Toska when programmed drums are set to insanely inhuman speeds. I found that it distracted from the marvels of the performances by the human being(s). But it’s a small bone to pick. This really is a hugely entertaining album.