So, in that spirit, please allow me to draw your attention to three of the best new (or new-ish) EPs from three of the UK’s best bands. 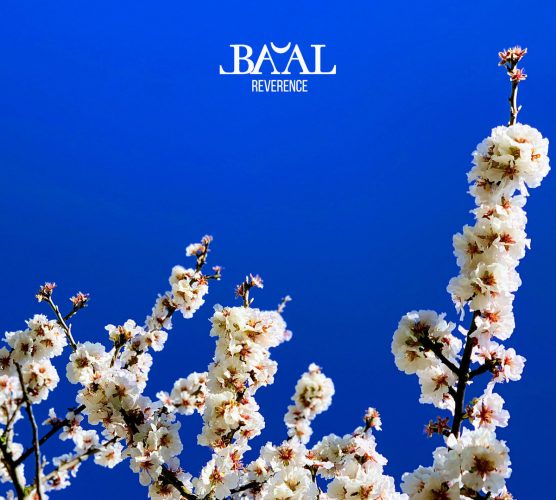 Despite being the least well-known and least widely-exposed of the three bands featured here, this isn’t the first time we/I have written about Sheffield quintet Ba’al, as I featured their previous effort, In Gallows By Mass in my round-up of the best EPs of 2017.

With Reverence, however, the band are getting the full review treatment in the hope that their evocative, eargasmic blend of Blackened Sludge and heaving Post-Metal will find an even bigger audience this time around.

Opener “Grief Tourist” is just under four-and-a-half minutes of thrumming, electrifying guitars and scalding shrieks, interspersed here and there by moments of aching calm and ambient melody, clean-sung harmony and guttural intensity, which serves to display both the impressively multifaceted songwriting and multitalented abilities of the group at their very best.

The title-track is, arguably, slightly less effective, trading in the power and energy of the previous track for a more sedate Post-Rock/Shoegaze style which is all melodic minimalism and abstract ambience, part Sólstafir, part Anathema, with a dash of distant Black Metal vocals for flavour.

That being said, while it’s nowhere near as immediate as its predecessor, it did grow on me a little more with each listen (although I still feel that it would have been better placed/sequenced, and more effective as part of a longer, full-length release).

“Sepia” is the real cream of the crop, however, as it makes full use of its almost ten minute run time to explore multiple styles and pathways – from shimmering melody to driving, sludge-encrusted riffs to heaving, doom-laden chords, and more besides – without losing clarity or coherence.

It’s also home to some of the most harrowing and heart-rending screams, snarls, and growls on the entire record, which together help to ratchet up the emotional intensity of the track all the way to eleven.

I’m still very curious as to what exactly the Ba’al boys would be able to achieve with a full-length album but, as it stands, Reverence is still an intriguing study in heightened emotion and creative contradictions that should put (and keep) the band’s name on the map for some time to come! 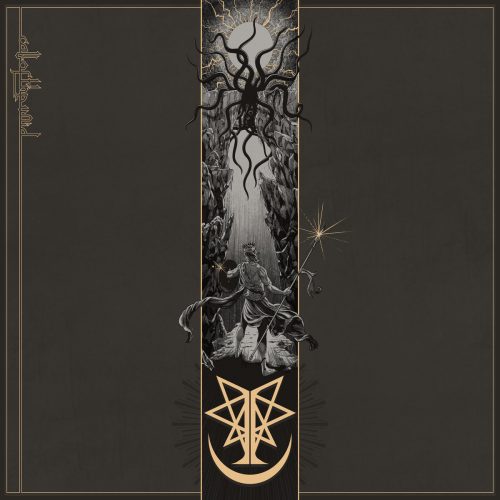 INGESTED – CALL OF THE VOID

It’s been a real treat, as a fan of Ingested, to see the band go from strength to strength over the last few years.

Oh, sure, the band’s debut looks/sounds a bit primitive as it ages, and The Surreption was a surprisingly banal (and forgettable) follow-up, but the release of The Architect of Extinction (not to mention the oft-overlooked Revered by No-One, Feared by All EP which preceded it) saw the band finally coming into their own and establishing themselves as ones to watch, both locally and globally.

Last year’s The Level Above Human was the real breakthrough though, showcasing a band no longer content to just be a big fish in a small (British) pond, and willing to step up their game accordingly.

As a result there’s a lot of anticipation surrounding their new EP, Call of the Void, which many (myself included) are hoping will continue the band’s ferocious forward momentum.

The early signs are, thankfully, very good, as opener “Mouth of the Abyss” is an absolute monster in the Aborted/Decapitated/Misery Index mould that hammers home the band’s unrepentant Death Metal credentials with every stomping, shrieking, blasting, bludgeoning bar.

And while some may be a little disappointed by the almost complete absence of Slam elements (a few guttural gurgles notwithstanding) the sheer energy and hook-laden, hate-fuelled heaviness of the track should more than make up for any perceived lack of knuckle-dragging brutality.

Don’t get me wrong, I have nothing against a band developing their sound (in fact Ingested’s success thus far has largely been based on their willingness to grow and evolve), but the more melodic bent of these two tracks simply doesn’t bring much to the table, and “Part I” in particular feels especially generic, with the reliance on higher screams, overly melodic chord phrasings, and pseudo-epic soloing calling to mind umpteen other interchangeable acts currently serving up the same style.

That being said, “Part II” works, to an extent, as a surprisingly sombre instrumental interlude, and would probably work even better if it were a) cut down a bit, and b) following a stronger first half.

Thankfully, the churning, chug-heavy riffage and sinister melodic embellishments of “The Empyrean Creed” are more than strong enough to right the ship, and the song’s effortless switch from menacing groove to pulverising blastery (and back again) means it can stand proudly alongside the very best of the band’s repertoire. 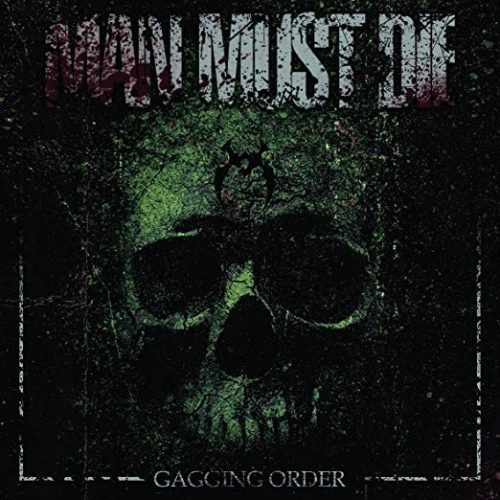 Perennial NCS favourites Man Must Die have been relatively quiet since the release of 2013’s career-defining Peace Was Never An Option… which, obviously, is totally understandable, since it must take a fair bit of time to recover from producing something that unapologetically furious and apoplectically angry.

Of course, the real reason for the band’s absence is that age old issue of “real life” (along with some unfortunate, and unavoidable, line-up changes) getting in the way. But those who kept the faith have recently been rewarded with a new six-track EP, comprising four originals and two covers.

And while these two covers, one by Extreme Noise Terror (“Murder”) and one by S.O.D. (“Milk”), are fun little distractions, it’s the four originals which make up the real meat of this release, with “Silent Authority” and “Slave to the Animal” making the strongest impression, as both could easily go head-to-head with the band’s best material.

The former is a strafing burst of blazing aggression and full-force instrumental intensity, all topped off with the throat-rending, vein-popping vocals of frontman Joe McGlynn, with the group managing to get away with some shamelessly infectious splashes of melody along the way due to the sheer pace and vehemence with which they’re delivered.

The latter is slightly more restrained, but just as effective, moving seamlessly from moody tremolo melody to chattering chuggery to screeching discordance – all building towards a particularly punishing and vocally venomous mid-section – while maintaining a constant catchiness which is testament to the band’s ability to marry hooks and heaviness without short-changing either.

And while these songs are the EP’s clear winners, that’s not to say that the title-track and “Envy the Dead” don’t have a lot to offer either.

“Gagging Order” is a four-and-a-half minute blastathon that dabbles in moments of chaotic grindcore extremity but which also possesses a ridiculously catchy chorus refrain and a killer final riff, while “Envy…” errs more towards the Pantera-esque side of things with its big, hooky grooves and punchy percussive patterns, climaxing in a viscerally intense finale.

As you might already have guessed, Gagging Order is well worth the time to track down, as although the band are already hard at work on a follow-up (which, if I’m not mistaken, is going to be another similarly sized EP), I believe there’s still a few physical copies available from Grindscene Records if you like what you’ve read/heard here.

And, obviously, if this is your first exposure to Man Must Die then I strongly encourage you to track down all four of their previous albums too. You won’t regret it!