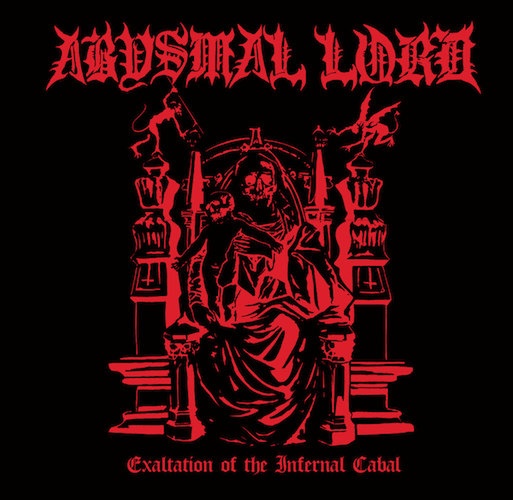 Yes indeed, four years after their Disciples of the Inferno debut album, and following on from their 2018 split with Crurifragium, this New Orleans-based war command is returning with a new full-length — and it could hardly have been better-named: Exaltation of the Infernal Cabal. In addition to exalting the powers of hell, the music also fulfills the other meaning of that initial word — it’s exultant. Although it is a berserker form of ecstasy that explodes from the speakers, for the right kind of reveler, the album’s over-the-top mayhem is fiendishly contagious.

As a prime example of the album’s nuclear-strength depravity, we present “Nuclear Absolution” in advance of the record’s August 16 release by Hells Headbangers. 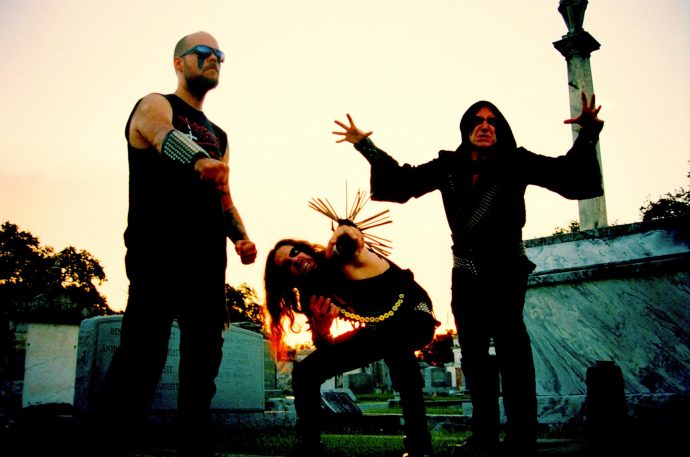 By way of welcome to the new record, Abysmal Lord proclaim:

“The Abomination is born once again. Hail AntiMother, from whose foul loins drips the pestilence of mankind’s ruin. Come fiends and witches, Races of Jehovah’s Despair. Witness the pomp and fanfare of the victory procession and lose your soul in the Exaltation. Another pact is made over desecrated graves and rusted steel.”

The pomp and fanfare of “Nuclear Absolution” is a particularly hellish kind of coronation, an orgiastic celebration formed from relentlessly hammering drums and crashing cymbals, combined with thrusting bass tones and abrasive riffs that shift from crazed, cruel skittering to dismal drilling. The vocals are no less filthy or vicious, delivered in reverb-drenched howls, roars, and foul regurgitative expulsions. The experience is one of a blood-red, adrenaline-fueled bacchanal, a display of bestial excess that’s pushed further into the red zone by a screeching, squirming, utterly deranged solo. 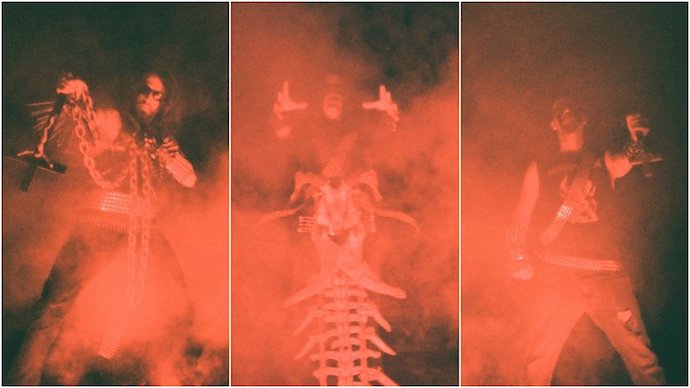 Hells Headbangers will release this aural abomination on CD, LP, and cassette tape on August 16th, and in support of the new album Abysmal Lord have mounted a tour that has just begun and will continue its pillaging path through August 24th. You’ll find the dates below, along with a pre-order link, today’s premiere, and the stream of a previously released track named “Scythe of Damnation“.

One Response to “AN NCS PREMIERE: ABYSMAL LORD — “NUCLEAR ABSOLUTION””