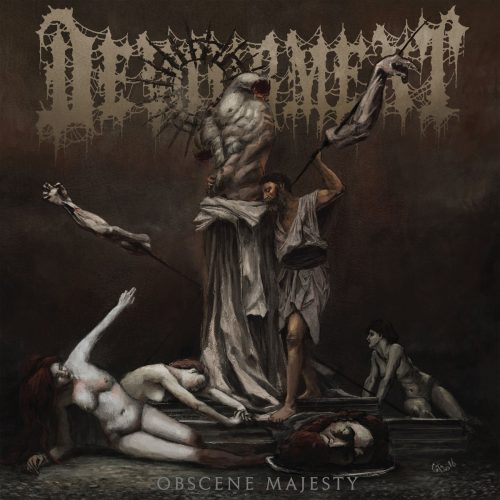 (Our connoisseur of all things brutal, Vonlughlio, returns with this review of the explosive new album by Devourment, which will be released by Relapse Records on August 16th.)

This time around I can write about a band that is dear to me, and to a lot of people in the Brutal Death Metal scene. A project founded back in 1995, their first demo and two promos led to their debut full-length release Molesting the Decapitated back in 1999, which took everyone by storm and became a classic in the genre. I am talking about Texas-based Devourment.

This band really does have a special place in my heart. The early releases ramping up toward that debut album just fucked me in a good way once I got the chance to listen to them, and so did the album. Songs from the early years, like “Fucked to Death”, “Babykiller”, and “Choking on Bile” are among my favorites. By the time of the first album release the band consisted of Ruben Rosas (Vocals), Bryan Wynn (Guitars), Kevin Clark (Guitars), Mike Majewski (Bass) and Brad Fincher (drums). Together they made deliciously disgusting music, filled with filthy riffs, blast beats for days, and some of the nastiest vocals ever. And I must mention that the vocals of Wayne Knupp (R.I.P) on the Impaled demo, the 1997 promo, and that “Babykiller” single were sure as hell among the best I’ve heard. 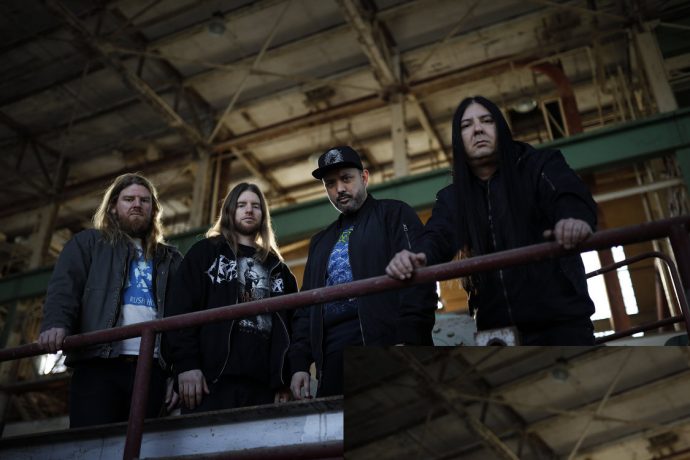 The Molesting the Decapitated release is so special to me that my family knows the band’s name and some of the songs, since I once highjacked a family gathering with Devourment’s music. Probably wasn’t the best idea to put “Babykiller” on, come to think of it, but I was younger back then. To this day, my wife calls the band “those damn baby killers”. Anyway, after that first album’s release the project went through some lineup changes, for a variety of reasons we don’t need to get into. Eventually, Ruben Rosas moved to guitars and Mike Majewski took over vocals, while Brad Fincher was replaced by Eric Park on drums and Chris Andrews became the bassist.

With the new lineup (but with Rosas on bass for the recording of the second album, just before Chris Andrews joined the band), they released Butcher the Weak in 2005, Unleash the Carnivore in 2009, and Conceived in Sewage in 2013.  For me the first two of those releases were enjoyable, while the last one had some hit/miss songs for me — some good, others forgettable. Still, something was lacking, and over the course of those three releases I still found that nothing would top their debut.

After 2013 there were more lineup changes for the band, eventually resulting in Brad Fincher rejoining Devourment on drums, Ruben Rosas becoming the vocalist once again, Chris Andrews switching to guitar, and Dave Spencer joining in on bass.  Once this was announced, and they started playing songs from the first album, my heart skipped a beat. The future became the videos I saw online of their live performances, and made me even more anxious for them to release new music.

After years of waiting, patience was rewarded when they announced this year the release of a new album, Obscene Majesty. I remember being in my living room when I saw the news, and screaming “FUCK!!!!!!” That was alarming to my wife, and perhaps more alarming when I told her those baby killers were back with new music.  What a day!!!!

After the announcement, the label put the album up for pre-order on iTunes, and fans worldwide got the chance to listen to snippets of songs, enough to drive them nuts (including me). The future was bright with new Devourment on the way, though the anxiety of waiting increased. So imagine my feelings when we received the promo for Obscene Majesty on a weekday — I left work early and just drowned myself in listening to it, three times that night and constantly since then.

One thing that you might ask at this point: Is it better than Molesting the Decapitated? But I would not ask that question. That first album is a classic, and the new one should not be compared to it in terms of better or not. For me this new one is instead a continuation of that release. Obscene Majesty has all the elements I loved from the MTD release, though with a different production. It is in every important way a return to form, and fans are going to love this filthy, chaotic, and supremely nasty entity, which for sure is going to be included on many year-end lists of 2019’s top releases. 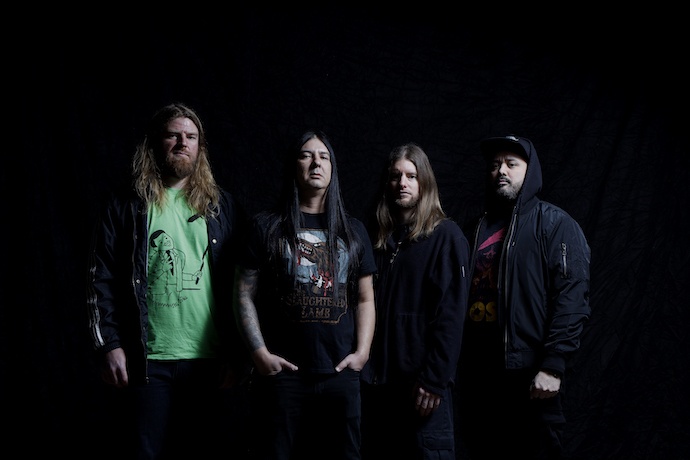 Once you press play on “A Virulent Strain of Retaliation” the sound of pain sets in and builds anticipation, so that when the music starts it hits you like a brick in the face.  With an organic production, as I hear it, the instruments are all advanced in a way that demonstrates the pivotal role each one plays in each of the 10 songs.

Enter the second song, “Cognitive Sedation Butchery”, which escalates to a new level of filthy, messy, cutting riffs which keep the listener engaged each second, no dull moments whatsoever.  Continuing through the remaining ravaging songs of this 47-minute opus, the idea began creeping up on me… “Comeback of the year”.

The song structures are complex and well-executed in all aspects. The 8-string guitar adds more depth, and the quality of those damn riffs makes you want to listen over and over. The bass performance must be given its due, and revels in its own glory in some sections. The drumming is yet another stand-out aspect of this release and is handled to perfection, with no rest for the wicked man behind the kit.  And now, the vocals!!! For me it’s a wet dream come true to hear Mr. Rosas again. It’s like the man was frozen since those early years, now thawed out in flame, with no loss to time. He has delivered one hell of a performance that only solidifies the well-known ability of his talent.

Overall, this album is a majesty of its own and has become my second favorite Devourment record behind Molesting the Decapitated. Yes, there are important similarities, but don’t spend time comparing them. Instead, enjoy both of them as great releases from a band that has now made a great fucking comeback. This is a must-get release for any BDM fans out there.