Oh look! Perennial bandwagon jumpers Abigail Williams are back once again, with another trend-chasing collection of….

Seriously. If you’re honestly still thinking like this… then there’s the door… feel free to let it hit you on the way out.

Because, and I say this with all the love in the world… this sort of attitude is complete bullshit and an example of precisely the sort of self-sustaining, media-created narrative mostly adopted by people too lazy to form their own opinions, and disseminated widely by sites and magazines more interested in following the herd and copying what they’ve read elsewhere than putting in any critical effort of their own.

Ironic, isn’t it, when it’s the media themselves blindly following the very trends they’re accusing others of… 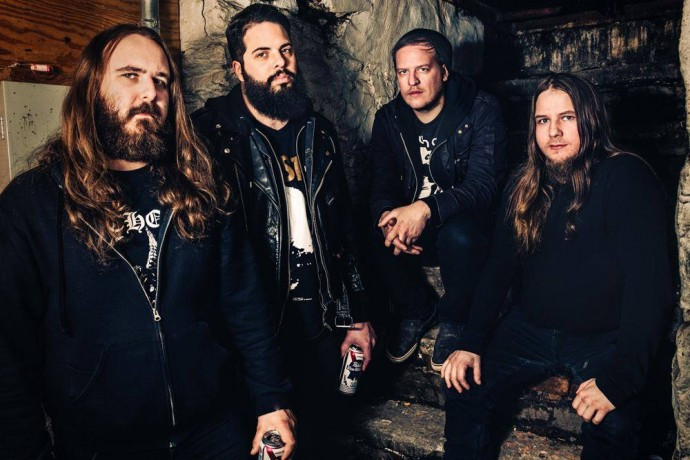 If it needs reiterating though, I’ll state it here – Abigail Williams have ALWAYS been a band who’ve grown and changed with every release and, if we discount their debut EP (which, unfortunately, will probably always be the metaphorical albatross around their neck), it’s not exactly hard to see the threads of continuity and development running through all of their albums – if you’re actually willing to open your eyes.

It’s obvious from listening to this album though that the band (comprised on this recording of mainman Ken Sorceron, guitarist Jeff Wilson, bassist Will Lindsay, and drummer Charlie Fell) clearly felt that directly attempting to top Becoming was a fool’s errand. Something that would be both self-defeating and possibly self-destructive to attempt.

Instead they’ve taken a slightly different path on The Accuser, inverting the moody introspection of its predecessor into a dark and brooding nihilism, creating in the process a distorted reflection and a dark inversion of their former sound that still shares many of the same traits and elements, but twists them into harsher, more dissonant shapes.

(all live photos by Levan TK)

You’ll no doubt immediately notice this in the torrent of sheer spite unleashed on “Path of Broken Glass”, which kicks in with a shocking immediacy very much unlike the more patient and penitent approach which characterised Becoming.

The influence of Sorceron and Fell’s time spent in Lord Mantis is readily apparent throughout the track, manifesting in an uglier and more savage take on the band’s signature sound – particularly when it comes to the noticeably more unhinged and feverish vocals and complete lack of restraint displayed over the course of the song’s five-and-a-half hellishly infectious minutes.

“The Cold Lines”, by way of contrast, is a moodier, doomier, groovier… and surprisingly concise… slow-burner of a track, laced with a wealth of emaciated blackened melodies, that conceals some surprising depths within its unexpectedly short run-time.

“Of The Outer Darkness” begins with a tumultuous cascade of withering Black Metal riffs and strangled screams, driven mercilessly onwards by Fell’s relentless blastery, but as the track begins to unfold a bleakly melodic theme begins to insinuate itself amongst the rushing, heaving chaos, eventually causing the song to transform entirely into a hypnotic, glacially-paced piece of eerily majestic riffs and gloom-shrouded power, that eventually ends the way it began – in a furious upheaval of vile aggression and venomous distortion. 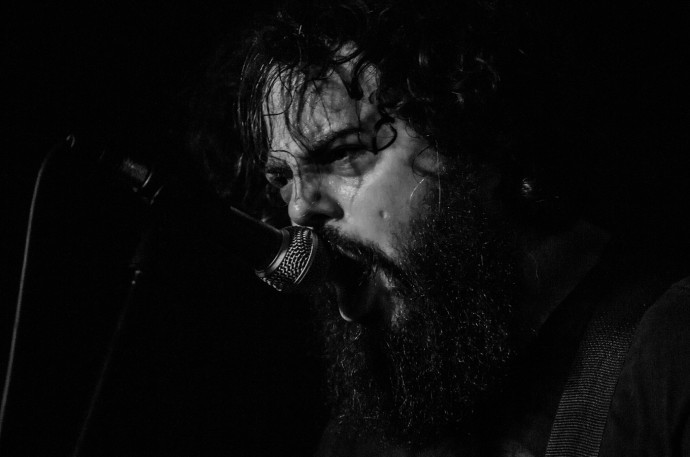 The Nachtmystium-esque psychic-melodies that infiltrate “Will, Wish, and Desire” give the song a slightly fractured, kaleidoscopic feel (very much in keeping with the album’s eye-catching artwork) whilst still retaining the same sense of cohesion and clarity that the band perfected on Becoming, leading into the utterly scalding “Godhead”, which features another scarifying display by the newly-unleashed vocal chords of Ken Sorceron, all delivered atop a rolling deluge of scathing riffs building, with devastating inevitability, towards a groaning, doom-laden climax.

“Forever Kingdom of Dirt” is a grime-flecked masterstroke of sonic hatred and loathing which shifts insidiously from a back-breaking crawl to a buzzing, bursting frenzy – and back again – ebbing and flowing and coiling in upon itself, over the course of six-and-a-half minutes of cold fury and abject despair. Its finale is a thing of beauty in and of itself, growing into a spiralling, plunging torrent of thrumming riffs and keening guitar melodies, topped off with a snarling vocal hook intoning the track’s grim and desolate title-refrain. 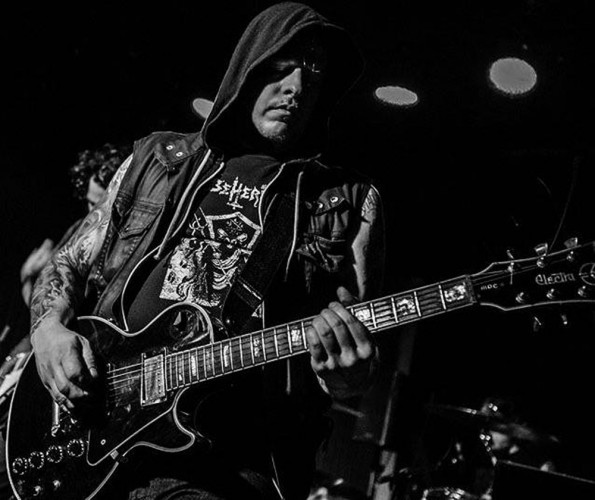 The ram-raid attack of “Lost Communion” has something of a rolling swagger to it, shot through with a series of esoteric, piercing lead melodies that thread their way in and out of the blasting, grooving, melee, climaxing in the unexpectedly massive hooks of the song’s mid-section, with some frankly huge vocals and booming riffs offering a big payoff to the song’s rapid-fire build-up.

The band once again save something special for last though, as the dying bars of “Lost Communion” transition into the surprisingly languid, dreamy ambience of “Nuumite”. It’s certainly not as downright epic as its counterpart in “Beyond The Veil”, but it’s almost as drastic a shift in approach, turning the nihilistic aggression of The Accuser on its head in favour of a slow and solemn procession of sober melody and weighty, downbeat clean vocals. 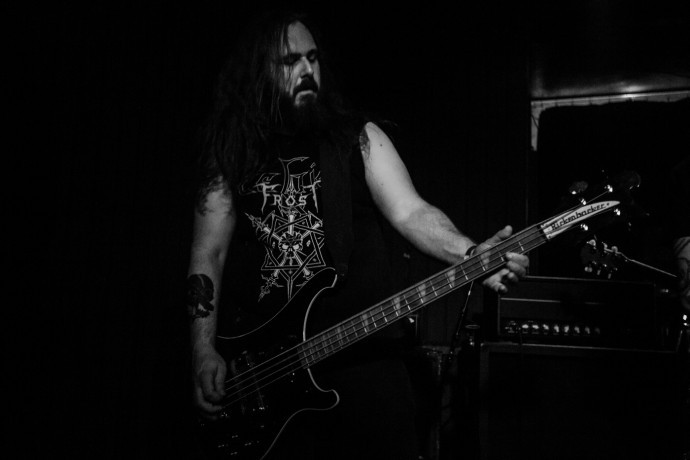 What I find particularly interesting is the way in which the overall structure of the album — starting in full-force, writhing and coiling in upon itself as it progresses, dipping now and then into desolate passages of groaning darkness, before a penultimate blast of fury paves the way for its sombre, doom-laden conclusion – is so closely reflected in the structure of the tracks which make it up.

Indeed, repeated listenings seem to indicate that The Accuser is, in essence, a strangely fractal piece of work, one where the whole can be seen in every part… something which I can’t imagine is accidental. The themes, the art, the structures and patterns observed within it… they all fit together far too perfectly for this to be a coincidence. 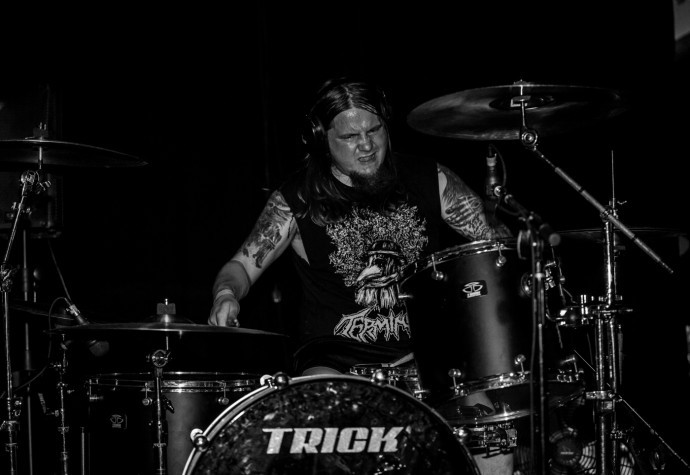 To my senses The Accuser feels like both a counterpoint and companion to Becoming, an inverted reflection of that album which expands upon its sound, without seeking to top it.

Where Becoming built up slowly, rising towards the point of eruption, The Accuser burns hard right from the start, but burns itself down to the bone in the process. It’s a simple but effective shift in approach, but one that was definitely the right move to make, simultaneously sidestepping accusations of trend-chasing whilst also refusing to be boxed in or stagnate in one place, and right now I’m struggling to decide between Becoming and The Accuser as to which is the better album…

Although maybe I don’t have to. As I said, they’re two sides of the same coin after all, presenting different faces of the same distinctive sound.

The Accuser will be released by Candlelight Records on October 30. You can order it on Bandcamp HERE. Abigail Williams are also on tour right now with Today Is the Day. The schedule is below.

27 Responses to “ABIGAIL WILLIAMS: “THE ACCUSER””