One month ago we had the pleasure of premiering the title track to Aeon, the new second album by the German band Invoker, which will be released by Non Serviam Records next month. Today we bring you another song from the album: “Secrets of Seed”.

Beginning in the vein of a dark, mid-paced dirge, “Secrets of Seed” soon enough begins to roll like a juggernaut, combining elements of black metal and melodic death metal to deliver a song that’s both electrifying and very memorable. 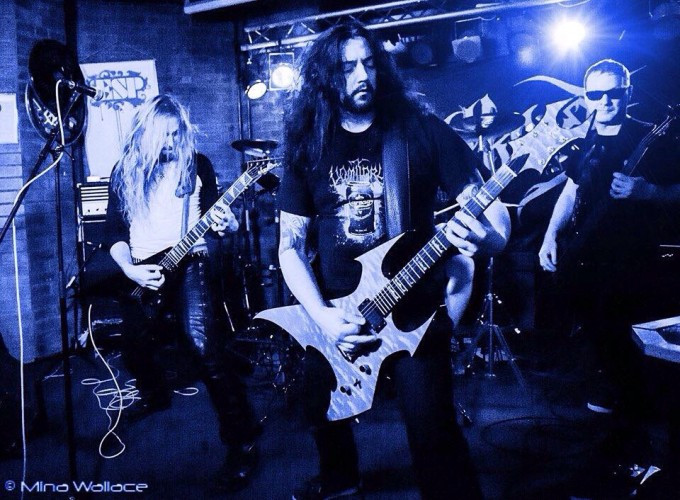 With a lot of low-end power, the band’s rhythm section drive the song in dynamic fashion, and it turns out to be a gold mine of riffs as well.  The guitarist transitions from jagged jabbing to swirling vibrato melody to hard-rocking chords, and in the song’s second half he introduces a pulsating melody that will get its hooks in your head very fast.

To cap off a compelling song with an atmosphere that’s both bleak and warlike, the vocals are deep, serrated, and savage, suggesting a more bestial Johan Hegg.

Aeon will be released on October 30 by Non Serviam Records. Below you can see the track list and listen to both “Secrets of Seed” and the previously premiered title track to the album. Pre-order the album HERE.

1. Hunger (Instrumental)
2. Aeon
3. Secrets Of Seed
4. Lawless Hunter
5. The Wolves Chant (Instrumental)
6. In The Womb Of Arrogance
7. Engulfed For Millions Of Years
8. Across The Abyss
9. Woods of Nothingness

One Response to “AN NCS PREMIERE: INVOKER — “SECRETS OF SEED””