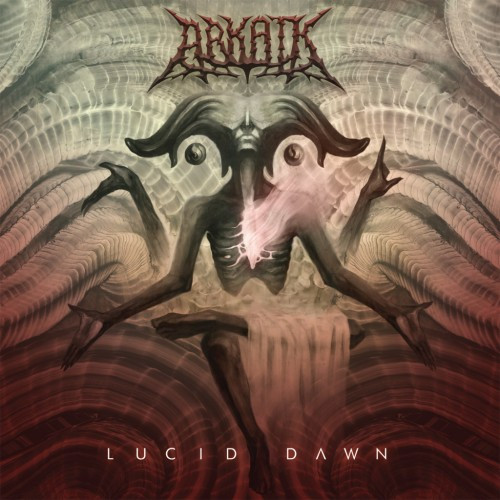 Lucid Dawn is the name of the third album by SoCal’s Arkaik, and it’s scheduled for worldwide release on October 30 by Unique Leader Records. As a sign of what the album holds in store, today we bring you the premiere of the album’s fifth track, “Awaken the I“, via a lyric video.

Lucid Dawn continues a dystopian concept story involving the protagonist Cyrix that began in the band’s last full-length (2012’s Metamorphignition), and it features the contributions of new guitarists Miguel Esparza (ex-Hatriot) and Greg Paulson, as well as guest appearances by Trevor Strnad and Ryan Knight of The Black Dahlia Murder, as well as Bay Area live string quartet, Amaranth. 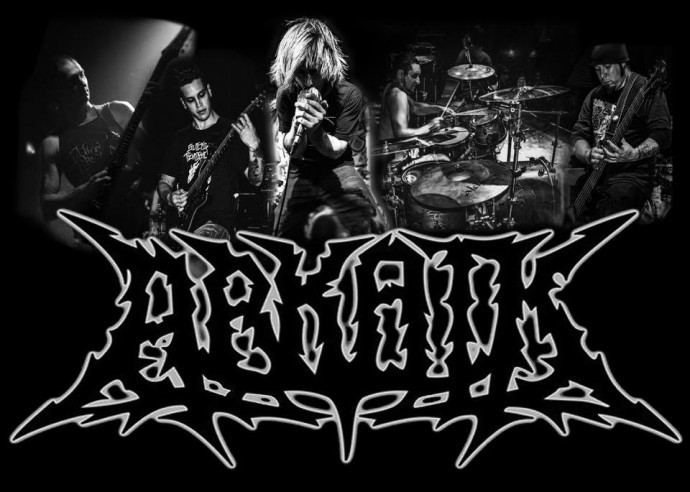 I’m afraid I now have to jump immediately into the middle of this song we’re premiering, because that is where you will find an eye-popping guitar solo followed by a compulsive, hammering, neck-snapping groove assault that together are worth the price of admission all by themselves. Eventually joined by a swirling lead-guitar melody, that eminent headbangable groove carries you right through to the song’s end.

But please don’t jump right to the middle even though that’s what I just did in writing about it. Because before you get there, Arkaik treat you to a head-spinning display of insectile tech-death frenzy — the kind of performance that somehow feels both machine-tight and berserk. And in the midst of that crazed but calculated opening performance, they’re already beginning to inject a melodic theme into your brain that just gets more insidiously infectious as the song unfolds.

And trust me on this, as fun as the song is on first listen, it just gets better and better the more you play it. And that’s just one song. Nine more are straining at the leash, waiting to be loosed upon you.

Lucid Dawn was engineered, mixed, and mastered by Zack Ohren (Suffocation, Fallujah, Wrvth, All Shall Perish, etc.) at Sharkbite Studios in Oakland.  It features very cool cover art by Tyler Space, an artist from Traverse City, Michigan, now based in Grand Rapids. Here’s the track list:

Also, in conjunction with the release of Lucid Dawn, Arkaik will launch a 24-city headlining tour that begins October 16 in Sacramento and ends November 8 in San Francisco, with support from Bermuda and Enfold Darkness. You can find details about the schedule after our stream of “Awaken the I”. 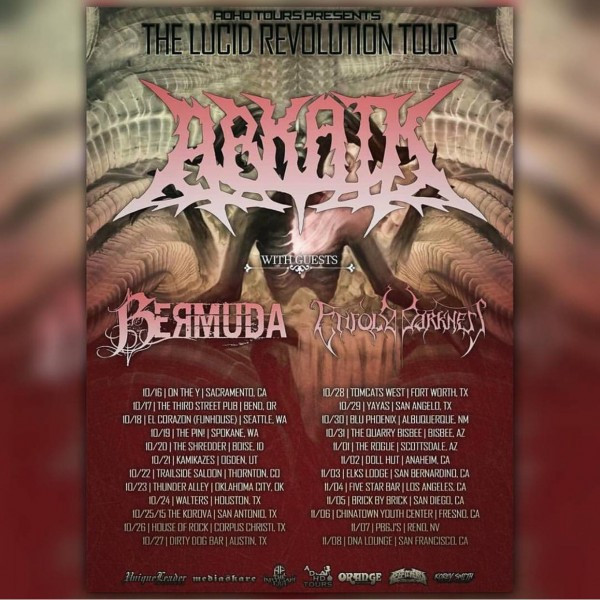 3 Responses to “AN NCS PREMIERE: ARKAIK — “AWAKEN THE I””