Daylight Dies have reshaped the landscape of melodic death metal almost overnight.  Their brand of somber, melancholy, doom-infused walls of mourning melody has proven to be quite fucking badass, with a virtually flawless discography that has consistently commanded attention.  The way they weave the music with signature melodic transitions filled with sonic bereavement and darkness is something no other band does so well, each riff, section, or theme in itself taking the listener on a journey. This is one of those bands who just have a perfect batting record, a capacity for unleashing tear-soaked depressive weight conveyed with jolting heft.

Now we have A Frail Becoming, the group’s fourth LP to date.  Daylight Dies have added a new emotion to their palette of despair and misery, a sense of angst that gnashes at you with a wolve’s fangs.  This is a quality not so much heard in the music, as it is felt (although I would say this album is noticeably more aggressive and angrier than their previous efforts), though the band still maintain their lumbering doom cadence.

The album is definitely a high point of the year. While established bands who’ve followed in their footsteps such as In Mourning and newcomers such as Okera have provided us excellent releases this year, A Frail Becoming proves that Daylight Dies are still the sole masters of their craft. It delivers the same consistently high quality they’ve maintained throughout their three previous full-lengths. 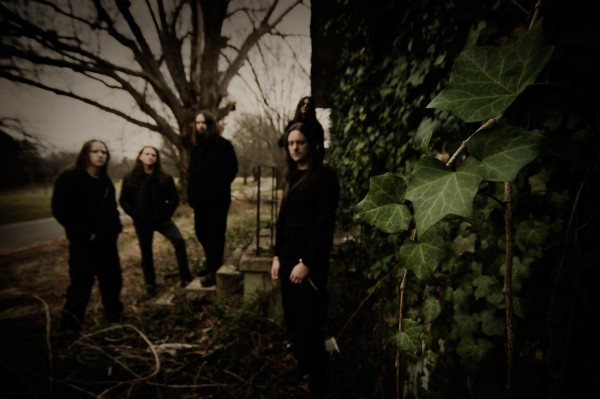 The musicianship and the musicians behind the musicianship are absolutely stellar.  Nathan Ellis still knows how to release one of the most pained, soul-suffocating roars out there and Barre Gambling and Charley Shackelford still write some of the best moments of dual-guitar interplay while constructing walls of frigid majesty, and Egan O’Rourke’s bass and Jesse Haff’s drums are the final ingredient in giving this album its coffin-like weight.

When opener “Infidel” comes crashing through the gates, it delivers a certain savagery that hasn’t been much heard before from this band.  Ellis’ vocals are particularly pained on this album, and it really shows here.  The song’s propulsive groove matches well with its chunky, discordant, yet melodic riffs, and the song’s chorus really captures the anguished state of bemoaning one’s own existence.  And that sets the pattern for what is to come.

The album really calls back to the commanding minimalism of the band’s debut, No Reply.  Where Dismantling Devotion and Lost To The Living had music that was layered to the brim, the songs on A Frail Becoming are stripped-down, allowing the twin-guitar sections to shine, while at the same time producing greater gravity.  There is a huge emphasis on melodies that are meant to stick in your head (and indeed they do), and the combination of lumbering chugs and the rainfall of thick, gorgeous chords and weeping leads that Daylight Dies made their signature is at its best, especially in songs such as “Sunset” that contain more dynamic variation. 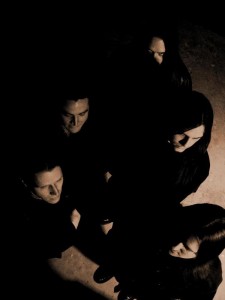 Other songs like “A Final Vestige” or “The Pale Approach” hit you hard with scathing melodies that contort your emotional state into a shriveled mess of self-loathing.  Egan O’Rourke did call this the “feel bad album of the year”, after all.

The clean vocals are also quite welcome and definitely qualify as an Exception to the Rule here at NCS.  They are haunting, airy, and foreboding in a way that befits the sonic misery at work on the album.