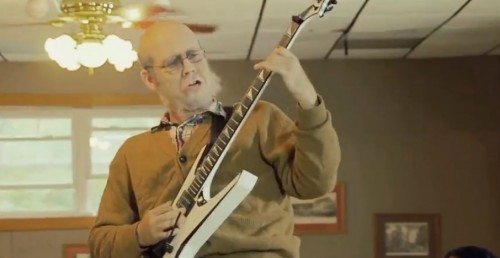 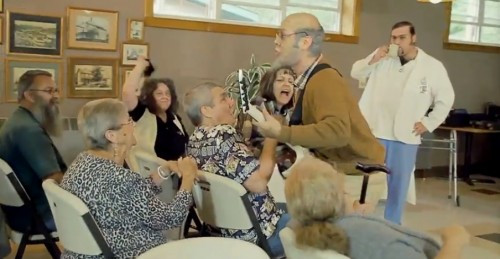 The engineers at Scion have apparently figured out how to make time machines as well as cars. I know this because yesterday Scion A/V released video footage of a reunion show by Boston’s Revocation from the year 2055. The clip shows them performing “The Grip Tightens” from the band’s new EP Teratogenesis. The song seems to have stood the test of time, because all the geezers in the nursing home where Revocation crank up the song seem to be diggin’ it.

It’s really good to see that the guys have stayed together over the course of many decades, and that they can still cause women to throw their panties during shows. They’re still pretty spry, too, for a bunch of old fuckers. Sure, they need some oxygen supplementation and added dietary fiber, along with the occasional helping hand from the nursing staff, but fuck, they can still really bring the shred.

“The Grip Tightens” is a mind-blowing song. The video, directed by David Brodsky, is a really big smile, too — one of the year’s best. Don’t miss the cameo performance by guitarist Evan Duplessis from Sexcrement as Dr. PeePaw. Watch it after the jump.

7 Responses to “BACK FROM THE FUTURE WITH REVOCATION”