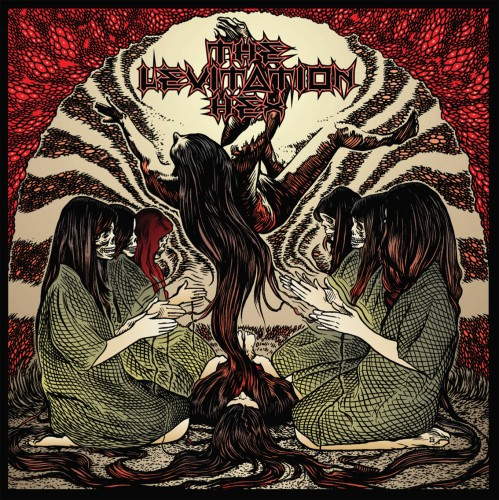 I decided to start off the new week of NCS posts with two new discoveries from opposite ends of the Earth: The Levitation Hex from Australia and Atretic Intestine from Finland.

I found out about The Levitation Hex thanks to an e-mail from fireangel of the Night Elves blog. Not knowing anything about them, she caught part of their show at the Progpower Europe festival in early October, and they obviously made quite a favorable impression on her, not only because of the music but also because of their stage presence. I’ve watched their recently released music video and one other track that’s streaming via Soundcloud, and they’ve made quite the favorable impression on me, too.

The band was formed in 2010 by Adam Agius, the former frontman and guitarist of a long-running Australian metal group named Alchemist. He recruited Alarum bassist Mark Palfreyman, and they were eventually joined by drummer Ben Hocking of Aeon of Horus and ex-Alarum guitarist Scott Young. This past summer The Levitation Hex released their self-titled debut album, which features the very cool cover art of Glenn Smith. 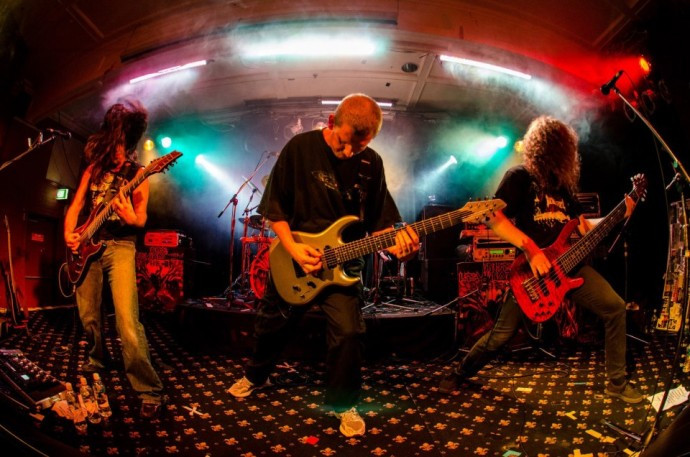 I confess that I’m unfamiliar with the music of the bands from which The Levitation Hex has drawn its members, and so I can’t compare what they’re now doing with what they’ve done before. But what they’re doing now is some seriously good progressive death metal.

The new music video syncs footage of a live performance with the studio recording for a song called “Scratch A Life and Find A Thief”. The Soundcloud track is a song by the name of “A Breathing Apparatus”. They both put a megawatt jolt through this listener — galloping death metal with catchy melodies, quasi-psychedelic guitar solos that reminded me a bit of Pink Floyd, and technically adept performances from every one of the band’s instrumental performers.

I’m really looking forward to hearing the rest of this album, which is available for digital download and can also be ordered as a CD via the band’s official site (here). You can also follow their activities on Facebook. They are currently in the midst of a European tour, and that Facebook link will give you access to the schedule. Now, here’s the music. Hope you dig it as much as I do. 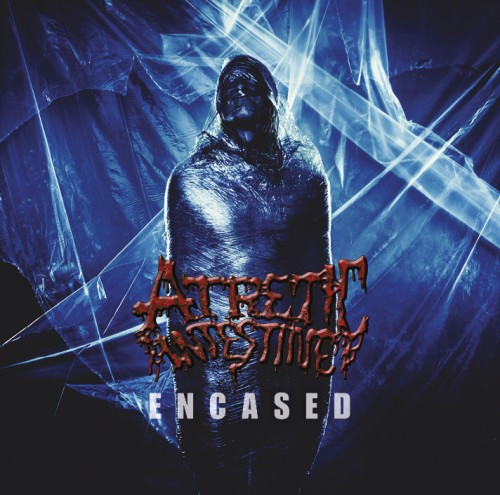 Atretic Intestine are a five-man group of gore-drenched death worshippers from Turku, Finland. Since being spawned in 2006 they’ve released two demos, two EPs, and a debut full-length this past May (via Inverse Records) entitled Encased.

Though I haven’t yet listened to Encased, I’m already pretty well sold on Atretic Intestine based on their brand new official video for “As My Body Rots”. It’s nauseatingly disgusting. Directed, filmed, and edited by Petri Vilén, it quite effectively translates the subject matter of the music into visual imagery.

The music vomits blood, too. It’s an amalgamation of old school death metal in the vein of Cannibal Corpse with elements of brutal death metal in the mix as well. It also includes some big fuckin’ grooves and a diseased little melody. Very cool song. In fact, you can almost miss how cool the song is when you watch the video because the video is so . . . distracting. I recommend listening to it a second time while looking at something else.

Encased can be ordered from RecordShopX via this link, and I also found it as an mp3 download at Amazon. Here’s the video. Definitely NSFW.

10 Responses to “THE LEVITATION HEX AND ATRETIC INTESTINE”