(In this post, TheMadIsraeli reviews the unrelenting fucking hatred unleashed by the debut album from Canada’s Rage Nucléaire.)

Getting sonically fucked up is about the only way any true, sane metalhead finds any peace in this life full of shit.  What better possible recipe for achieving this catharsis than a furious combination of black metal and grindcore?

What if said blackened grind mixture was fronted by the almighty Lord Worm, one of the most brutal vocalists and most eloquent poets to exist in metal’s history?

What if I told you it’s fucking awesome?  Cause it is.

Rage Nucléaire’s debut Unrelenting Fucking Hatred is about as close to channeling its own title as you’re ever going to get.  It has all the makings of a great extreme metal album.  It’s fast as fuck; it’s atonal yet also brings epic melodies to bear when needed; it sounds like total fucking shit in the most legit badass kvlt way possible; and it makes me feel like my jaw bone is being disassembled with a hammer. 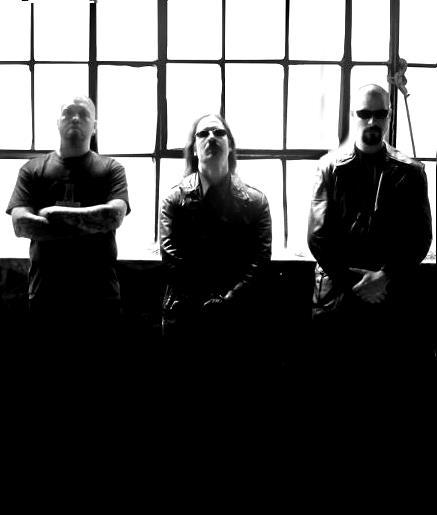 It doesn’t hurt that Lord Worm is in top form on this record, although in a completely different tone this time.  Instead of dishing out totally indistinguishable gutturals that pour over listeners like an ooze created from every single decomposing corpse in every graveyard in the world, he delivers totally indistinguishable lung-puncturing shrieks that will make you feel as if some kind of inter-dimensional alien worm is crawling through your brain and skewering it with needles while your flesh is being burned off of your body.

If the epic intro of “Violence Is Golden” doesn’t set you off, I don’t know what will.  It’s so esoteric, grandiose, and bleak-sounding, with a staggeringly powerful intro that reeks of a sort of frigid regality. I don’t know how it couldn’t set you off into a windmilling frenzy. The sudden change between this start and the rest of the song, which is pure madman knife-stab-frenzy face-fuckery, sets an interesting contrast that becomes a constant motif this band carries throughout the album.

They’ll play you the most solemn, mournful lullaby of soul-killing despair, only to choke you to death with a suffocating hornet swarm of atonal venom that causes your body to swell and eventually start oozing puss out of every orifice.

It’s so fucking good.  I suggest a buy.  Two buys even.

EDITOR’S NOTE: Unrelenting Fucking Hatred will be released by Season of Mist on Nov 6 in NorthAm and Oct 19 everywhere else. It’s now available for pre-order (CD and limited double-LP) at this location.