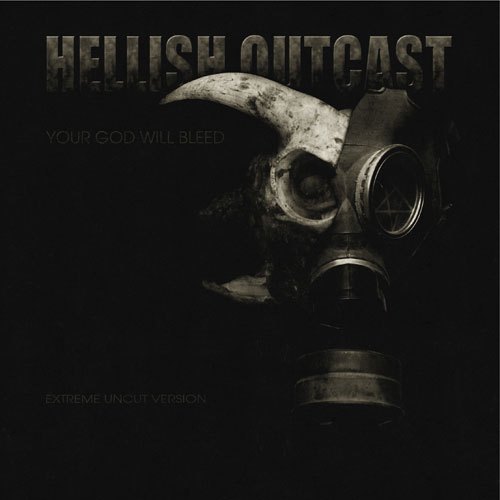 Here’s another round-up of things I saw and heard over the last 24 hours that I didn’t have room to include in yesterday afternoon’s post (the one that included new offerings from Aeon, Tardive Dyskinesia, and Zubrowska): New videos from Hellish Outcast (Norway) and Rwake (U.S.), new Paolo Girardi artwork and bittersweet news about Blasphemophagher (Italy), and a new song from Momentum (Iceland).

Please tell me you already know about this band.  If you can’t tell me that, then please read Andy Synn’s review of their 2012 album, Your God Will Bleed. It included such gems as this:

“Not only do Hellish Outcast not do black metal, they also don’t do nice. Or comfortable. Or anything less aggressive than a rabid pit-bull that’s been force-fed a diet of sand and barbed wire. In fact, this album is so damned aggressive, so utterly hate-filled, that it should come with a warning label along the lines of:

Danger – the levels of testosterone and aggression on this album could cause permanent damage to your underlying genetic structure.”

Or maybe you read Andy’s review and skipped the music because you wished to preserve your current genetic structure. If so, then you’ll probably want to skip Hellish Outcast’s brand new official video for “Djinn”. Since I already have a mutated genetic structure, I dived right in.

Fuckin’ love this song, from the skin-flaying death/thrash start straight through to the infernal melodic slow-down at the end. Video accompaniment is live performance footage from the Inferno Fest, edited by the band’s vocalist Thebon (Keep of Kalessin).  Prepare to be mutated. 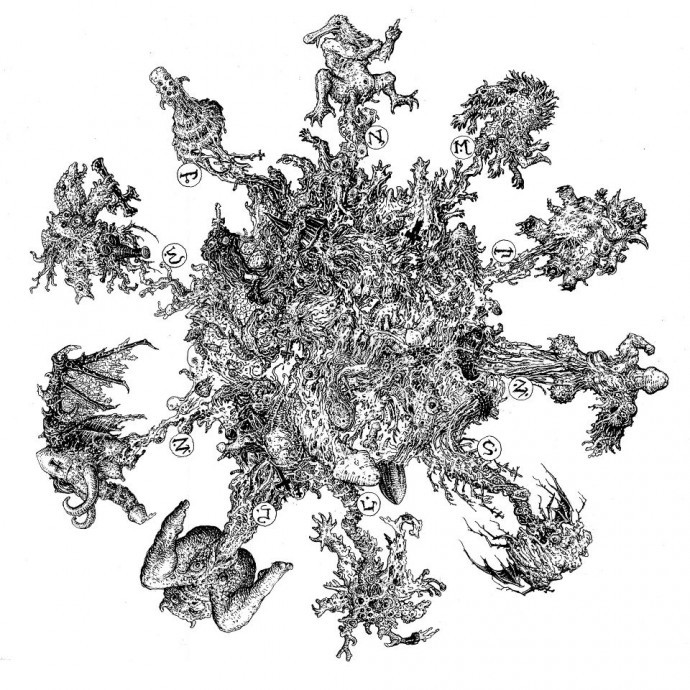 This next item is bittersweet. On the bright side, we have another awesome piece of artwork by the masterful Paolo Girardi (above), which is a mind-blowing pencil drawing of the cover art for the forthcoming EP, Final Atomic Torments, by Italy’s fearsome Blasphemophagher. Here’s how the art looks on the vinyl cover: 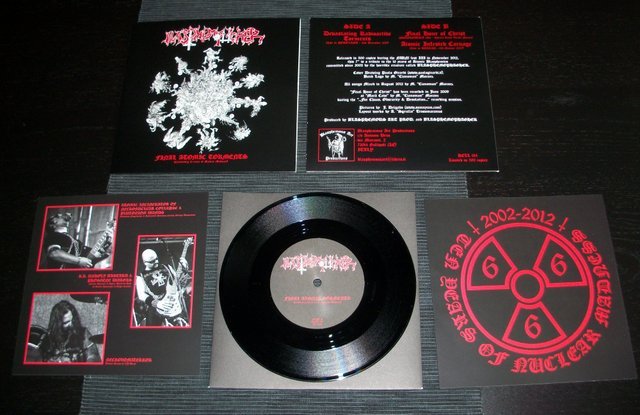 This EP will be limited to 500 copies and is being created as a commemoration of the band’s 10 years of ritual sonic slaughter, containing two exclusive live songs and an unreleased cover of a Profanatica song that the band recorded during the …For Chaos, Obscurity & Desolation… recording session. For better or worse, it will be sold only at the NWN! Fest Vol. III on November 8-10, 2012, in Berlin. I can only hope this also becomes available in some other way.

And now for the not-bright news: The band have announced that the shows they plan to play this October and November will be their last ones “for a long while” and that they will not be actively recording new music “in the short-period”. This sounds more like a hiatus than a split-up. I certainly hope so, because this band has become one of my favorites. 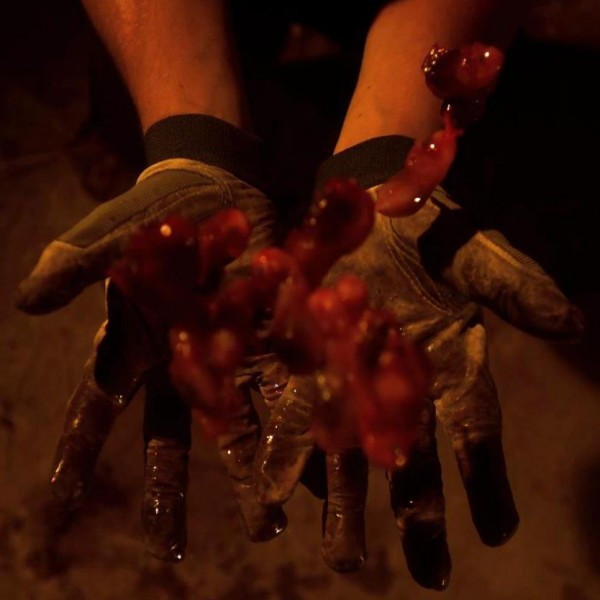 Rwake’s 2011 album Rest was brilliant, both thoroughly uncomfortable and thoroughly gripping. It can be heard in its entirety on Bandcamp. For me, the 12-minute track “It Was Beautiful But Now It’s Sour” was the centerpiece of the album, a song that’s utterly crushing and so raw that it almost hurts to hear it. Really powerful, venomous Southern sludge that bleeds profusely.

Yesterday, Relapse Records premiered a video for the song, which was directed by Casper Haugegaard. It’s one of those strokes of creative genius whose genesis you can’t even imagine. Who would have thought that filming the repeated and highly varied destruction of pig fetuses in super-slow motion would fit the song so well and would also be so damned riveting to watch? I don’t get any ghoulish pleasure out of what’s happening on screen, but I also can’t look away.

I’ve seen the video compared to the latest piece of video horror from Cattle Decapitation, but I don’t think they’re comparable. While the former involves gratuitous, graphic scenes of human torture and degradation and is almost unwatchable, I didn’t find this video particularly disgusting. I saw it as a piece of art, which I can’t say about the Cattle Decap creation. I’ll have to think harder about why I feel that way, because I’m not sure I can articulate it now.

RWAKE – “It Was Beautiful But Now Its Sour” Official Music Video from Relapse Records on Vimeo. 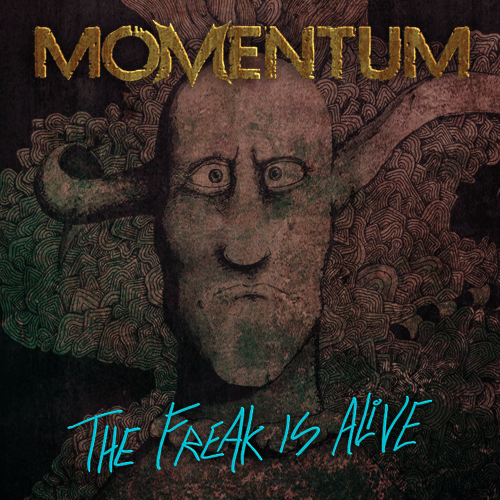 And to close out this wrap-up, allow me to introduce you to Momentum. They’re an Icelandic band that includes Sigurður from Atrum (a definite NCS favorite) on guitar and vocals. I first found out about them from an article written by Birgir Thorgeirsson of the band Kontinuum for the Ghost Cult web site. I strongly recommend that article if you want a good introduction to a lot of excellent Icelandic metal bands, many of whom we’ve featured here at NCS over the course of the last year as we’ve been discovering more and more about that scene.

Here’s what Birgir wrote about Momentum: “Why is this band not touring with Mastodon or some other hot shot metal act ? Their talent is mindboggling and so is their music. They play a form of Neurosis meets Mastodon meets melancholic groove madness with some of the best drum work you will ever hear. They are well known here, with years of experience, currently working on their second full length. Hopes are high.”

And then yesterday I saw that Momentum had released the first single from their next album, “The Freak Is Alive”. I’m diggin’ it mightily (though it does come with a “clean singing” warning). If you like it, too, it can be downloaded for free on Bandcamp via this link. Have a listen: