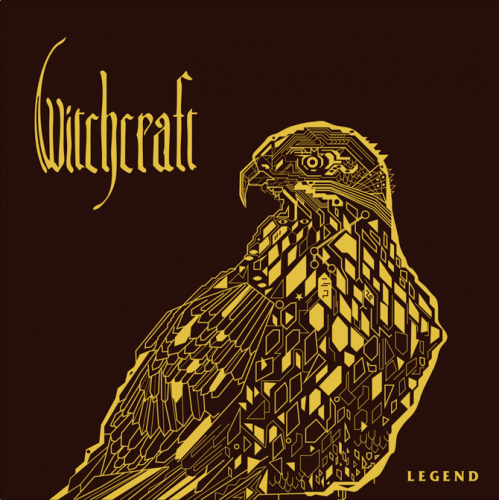 (Here’s BadWolf’s review of the new album by Sweden’s Witchcraft, which is an Exception to our Rule.)

When I started writing for this website in 2010, I really believed in the title of this website—No Clean Singing. Looking back at that year, the best work in metal sat squarely on the extreme side of the spectrum (with a few exceptions, of course). Two years later, I’m in awe of the deluge of great retrospective metal releases coming out of the woodwork—much of its from relatively major labels. Case in point: diehard retro-metal band Witchcraft just released their fourth album, Legend, through Nuclear Blast.

So I suppose this is what certain other blogs would call vest metal—in the pejorative. And while this certainly has been the year for retroactive throwback acts, Witchcraft are in no way part of the femme-doom wave of 2012. Nor are they some sort of cash grab band trying to ride the coattails of Ghost. On the contrary—Witchcraft as a band go back nearly a decade.

I got into Witchcraft in 2007, immediately after the release of their third album, The Alchemist, which was my gateway into Pentagram, St Vitus, and other such baroque doom. After five years of silence, I thought they’d broken up—in fairness, the band go through lineup changes like a machinegun spits bullets. The only really consistent member is vocalist Magnus Pelander, who had gone on to record a solo record. The solo debut is still cooking, but Legend comes out of the oven with a sharper production job backing Pelander’s still-incredible voice through nine excellent tracks.

Pelender acknowledges his own absence to you, dear listener, on the second song, “Flag of Fate,” where he opines, “Lonely years and twenty days/ all since we, we parted ways.” While he’s addressing Witchcraft’s relative silence, it also sounds like ol’ Magnus may have a woman on his mind—this is Withcraft’s angriest record yet. But Legend sounds undeniably political, with songs like “Democracy,” “An Alternative to Freedom,” and “Dystopia.” Even the lead single “It’s Not Because of You” could be construed as a resentful breakup jam, but it also sounds like a boast. Pelender is in the metal game for life—he even called the album Legend. Everything on the record displays a sense of confidence that Witchcraft only dabbled in before.

The production sounds arena-ready for the first time. Witchcraft’s early albums sounded, intentionally, like they were recorded in a basement—they were a tone-chasing band. That aesthetic is replaced here with sharper melodies, and a focus on hooks. I’m talking the kind of hooks that bands like Golden Earring had. If you’ve ever heard the lead track off The Alchemist, “Walking Between the Lines,” then you have some idea of what I mean. Pelender has relegated guitar duties to Simon Solomon and Tom Jondelius. All for the better: the new string-slingers carve out hooky riffs often reminiscent of classic guitar greats. For example, the beginning of “An Alternative to Freedom,” recalls Led Zeppelin’s “No Quarter.” 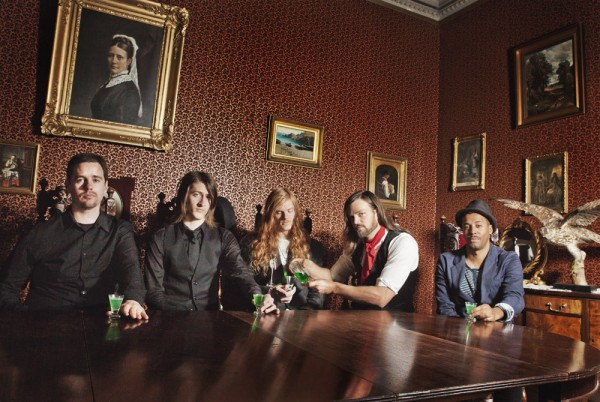 Now, Legend is not perfect. More than ever, the point of the music is Pelender’s voice, and while I adore his mewlings, I can easily imagine a lot of people, even those tolerant of clean singing, finding him a bit grating. Unless there’s a guitar solo or a bridge going, the vocals come front and center. The only time the music gets much of a chance to breathe is on the 10+ minute album closer “Dead End.” Witchcraft always end their records with a drugged-out jam, but this is the first time that long exposure shot is not a highlight.

However, Pelender finally has his songwriting down to a science with the backing band to realize his vision. Legend brings retro-doom out of the basement and into bombast worthy of its inspirations. However, the album risks being as overlooked as its predecessors, either because of its clean singing or its relative lack of Pitchfork-ready cutting edge aesthetic. Pelender and company don’t need a clever ad campaign—they just need enough of you to listen to the chorus.