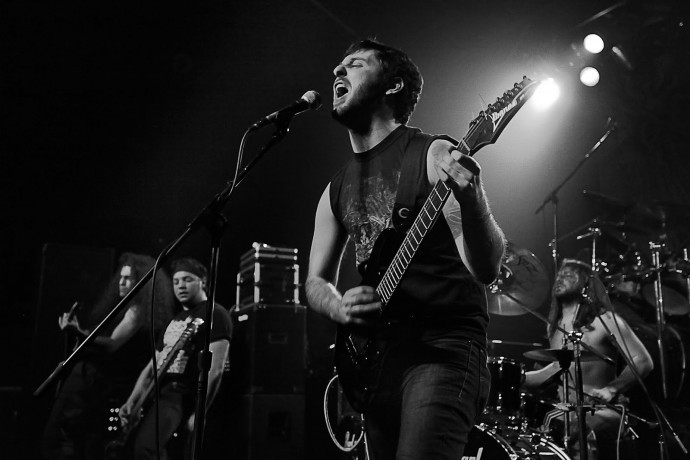 The music industry, as it has existed to date, is a fucking pit. It is a dead-end. Anyone who expects to play rock music in 2012, follow all the old rules about touring full time and signing with a label and all that shit, AND live off of it is living in a dreamworld because by the time the purse floats down to the bottom of the river, everyone along the way has reached in and taken their share. There is nothing left for you. 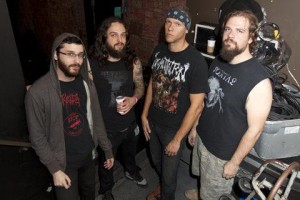 This thesis isn’t a new one. I’d say that about 95% of what Chris writes I had read or heard elsewhere at one time or another. But I’m still recommending the piece for three reasons.

First, it’s well-written and credible. The prose is clear, punchy, and entertaining. It’s explained thoroughly and convincingly. And it’s not just a bitter tirade (though there is certainly some humorously acknowledged bitterness included within it). It acknowledges that many of the people other than musicians who do manage to make money in the business aren’t blood-sucking leeches — they provide services — and they expect to be paid for them. When they do get paid, it just happens to mean that musicians are left with less.

Second, at the end of the piece he does offer some advice for bands that makes sense to me — though again, I’m not in a band and so perhaps my impressions need to be taken with a grain of salt. His advice is more along the lines of “this is how to make the best of a miserable situation”, but I thought it could still be useful for bands who haven’t yet figured things out for themselves.

Third, I thought what he had to say was something that fans ought to know, too — especially fans who can afford to pay for music they want, but don’t. I’ve been on my tiny soapbox about this before. I try not to lecture about it too much, because it’s too much like listening to a reformed smoker or a reformed alcoholic or addict rail against the evils of their former vice, and yeah, I had that downloading vice myself for a long time. But it really is a vice that needs to be put behind us as a community. 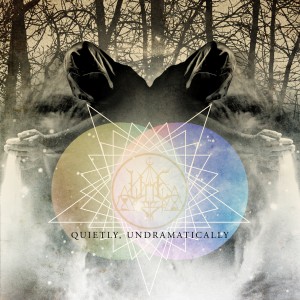 It’s an undeniable fact that stealing music from artists (and labels) who don’t want to give their music away is something that will NOT be stopped by government action or lawsuits by the recording industry. It WILL be stopped only by a voluntary change in the culture of metal, only when everyone who gives lip service to the ideal of metal solidarity puts the ideal into action by respecting the wishes of the artists who make the music in the first place.

I think that day will come, and I think writers like Chris Grigg are going to make it come sooner rather than later.

There’s a corollary message for bands and labels. It’s a lesson most of them have learned, though not all: Most fans are not going to pay for music they’ve never heard. They need to be given an option for hearing the music without downloading it. There are now many internet services that allow bands and labels to do this easily, with Bandcamp being at the head of the list. People who don’t make their music available for streaming on Bandcamp or something similar to it make it a lot harder to argue that fans should buy their music instead of stealing it.

Please go HERE to read Chris Grigg’s article, and then come on back to NCS and let us now your reactions.

While you read, you can listen to some Woe. This is an improved remix of Quietly, Undramatically that was prepared exclusively for release on Bandcamp about a year ago: