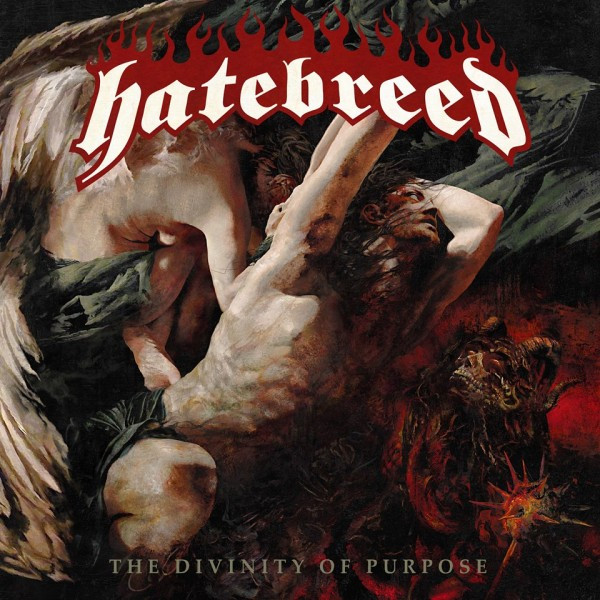 I just wrote that post title in order to get your attention. I can’t really make you pick one. You could pick both, or neither. Actually, I could make you pick, because I know about that thing you did over the weekend that left a trace on your computer, but I’m not a bad guy, so you get a pass.

But here’s the choice:

Hatebreed have recorded a new studio album, The Divinity Of Purpose, which is now scheduled for release by Razor & Tie on January 29, 2013, in North America and on January 25 in Europe. Of course, it comes out earlier in Europe because Hatebreed are a European band. I’m sorry, what did you say? They’re not a European band? Well then, what the fuck is up with those release dates? I think maybe you need to double-check your facts.

In addition to announcing the release info, Hatebreed also revealed the album’s cover art (above), which was created by one of my favorite artists, Eliran Kantor. I’d like to study this artwork without the Hatebreed logo, and I’m curious about how it relates to the lyrical content of the album, particularly in light of the album’s title.

But I have to say that otherwise I’m having kind of a meh feeling about this news. When Hatebreed were a relatively new band, I thought they were hot shit. I’ve cooled considerably on them since then. Should I be getting more excited about this?  Are you? 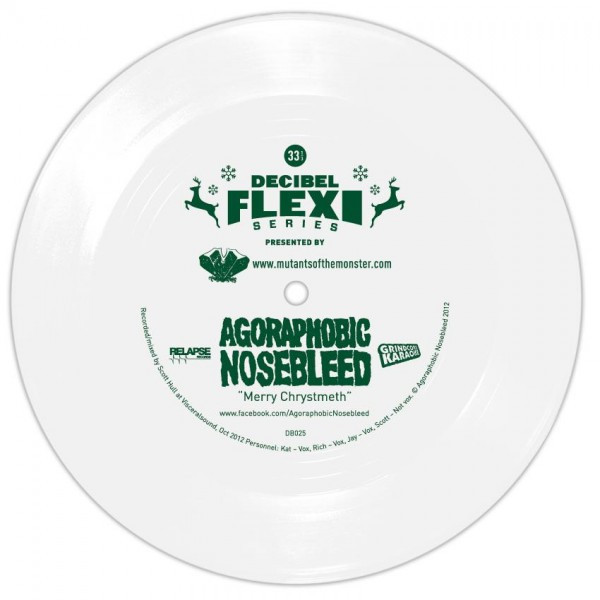 Pig Destroyer have been receiving a ginormous amount of press and fan attention surrounding the release of their Book Burner album (and rightly so, in my opinion). But let us not forget that Scott Hull has another grind band who are also awfully damned good. And as it happens, two members of Agoraphobic Nosebleed (Kat Katz and Rich Johnson) contributed guest vocals to Book Burner.

While there’s no new Agoraphobic Nosebleed album imminent, ANB have recorded a “holiday EP” that will be included as a Flexi-Disc in the January 2013 issue of DECIBEL magazine. And as you can see from the image above, the band are helping us get in the holiday spirit by titling their release Merry Chrystmeth. Sounds like it will be the kind of sing-along carol you can enjoy with the whole family, with egg nog and candy canes and reindeer (carcasses) for everyone!

DECIBEL says you can get the Flexi-Disc if you subscribe (here) to the magazine by this Wednesday at 9 a.m. EST.

So that’s the choice: Which of these releases would you pick if given the choice?

Or should I just go fuck myself?

5 Responses to “PICK ONE: HATEBREED OR AGORAPHOBIC NOSEBLEED”