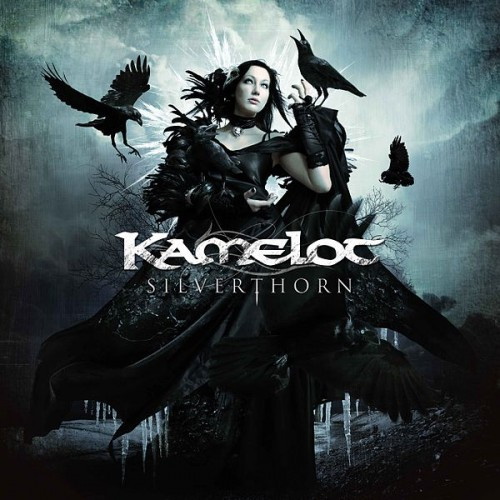 (Today we continue our series of guest posts with a review by “Andrew Jackson” of the new album from Kamelot, which was released on October 30 by SPV/Steamhammer.)

Kamelot are a Power Metal band who I had overlooked for quite a while, though I had known about them for at least a year before I first heard Silverthorn. I had intended to buy one of their albums eventually, but when you’re broke and live in a town that thrives off of Country, Modern Pop, and other garbage that is guaranteed to reduce your already dwindling number of brain cells, it becomes difficult.

Anyways, so after some time I finally got my hands on Kamelot’s new album. To be honest, I didn’t really expect much. The band had just lost their singer of ten years, one of the hardest things for a band to recover from. Their previous singer, Roy Kahn, was well known in the Metal community and loved by fans. So after some time they filled in the gap with a singer named Tommy Karevik.

Hell if I know who he is, I just focus on the important shit here; and what’s most important is that he kicks ass. It seems like Kamelot decided to give him free range to explore his own vocal abilities and pump out some incredibly infectious melodies, while still bringing in the classic Kamelot feel to each song. In fact, he sounds very similar to Roy Kahn.

Silverthorn is a concept album about some chick named Jolee (I’m guessing that’s her picture on the cover) who dies at the hands of her brothers. Each individual track continues the storyline and focuses on the emotions that each character in the story feels, along with their individual regret for their actions. Along with the lyrics, the music also changes from moments of power to moments of reflection, such as the track “Song for Jolee”. 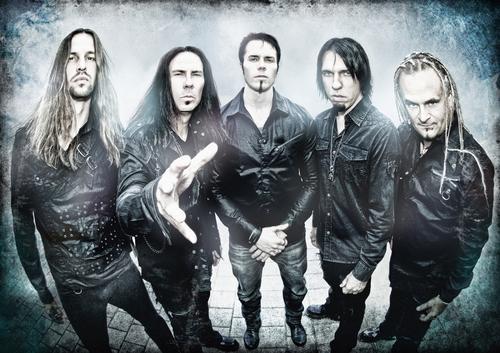 In addition, quite a few guest musicians make appearances, such as Elize Ryd from Amaranthe performing clean vocals (which I assume is supposed to represent Jolee), Alissa White-Gluz from The Agonist performing guttural growl-like vocals on the second track, and plenty of others adding orchestral sounds, extra strings, and even a children’s choir.  The storyline isn’t obvious, and it’s left to the listener to dissect the lyrics, but with that less important shit out of the way, this album is fucking awesome.

Silverthorn is obviously a very vocals-focused album, but it manages to keep away from the pitfall of having the rest of the musicians tone down, or writing songs in which the vocalist brings in all the musical hooks — a plague to which many Power Metal bands (as well as bands from other genres) seem to succumb.

The guitar work is fantastic, and select solo sections are balanced with riffs from both the lead guitar and the keyboards. The instrumentation could easily stand on its own. It’s creative, it’s dark, it’s jazzin’ (not really), it just kicks ass. Style-wise, this album is somewhat hard to describe. It’s a combination of Power Metal with Symphonic Metal, similar to that of bands like Epica, with elements of Progressive Metal that really show on the brilliant closing track “Prodigal Son”, along with even Gothic Metal.

As with many albums, this is one that will have to grow on you a bit. I believe this is why Kamelot are at times overlooked as a band. What they write seems to be focused on the album as a whole. How will this release stand when compared to some of Kamelot’s previous releases? I really can’t say, as this is my first Kamelot record. While dedicated fans may feel a bit alienated due to the change from Roy Kahn to Tommy Karevik, this album has turned me from an onlooker into a fan, and I would now definitely check out any of their previous releases.