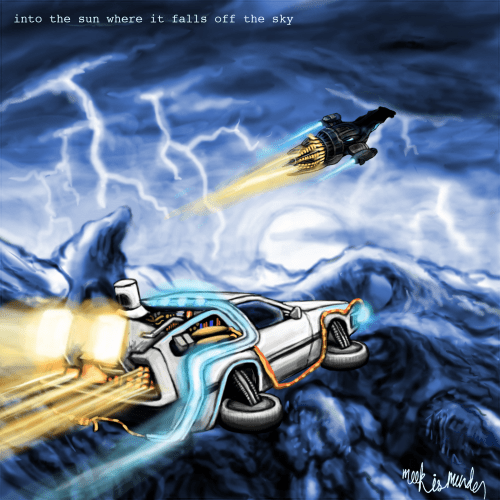 (Tyler Lowery has been burning up his keyboard.  Here’s yet another guest piece from him, this time a review of the new EP by Brooklyn-based Meek Is Murder.)

As I started to listen to the new Meek is Murder EP, I decided to make a cup of tea. It’s miserably cold out, and I thought I could listen to the EP in the background while waiting for water to boil. What I didn’t realize was the EP was under 7 minutes in its 5-track entirety. Before the water was even warm, the album was already over.

Ok, time to try again. I sat down and listened to the 59-second opening track. The EP starts at a slow rumble. A dingy guitar run repeats itself as the vocals scream over the almost limping drums. Just as quickly as the first track rolls to a stop, the second jumps straight into fourth gear. Cacophony cuts quickly with a thrashy riff as the drums ride heavy on the crashes. About halfway through the song, gears shift back down to a surly bubble as it fades away.

Probably the most diverse track of the album, “Marty Mcfly” starts with shouted lines over a fuzzy bass groove before the guitars come back to play briefly with a punky riff and closes out with the deepest growls of the set. Done as quickly as it came, it’s on to the final track. 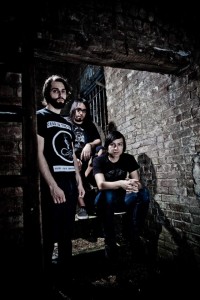 “Malcolm Reynolds” is the longest track on the album, twice as long as all the previous songs. The track hums to a start with tragic chords and anguishing screams. A chugging guitar welcomes a blistering riff that throws the song back into full swing. The riff grows into a quick chord progression that ends in a reprise of the sludgy intro.

And then, at the drop of a dime, the 6-minute, 53-second EP is over. During that time, there seemed to be a recurring theme: Start at a bubble, hit warp speed, and slow down again. With “Marty Mcfly” being the most inspired song, it’s hard to really latch on to anything. The songs lack variation and therefore run together. At first listen, the entire EP sounds like one song with really fractured structuring.

That being said, this isn’t a bad album. The riffs are fun while they last, and “Marty Mcfly” has the potential to work into a more memorable piece, if only it were a little longer. This isn’t a pretty album by any stretch. It’s a firecracker of an EP. It’s quick, loud, and fun while it lasts. However, once it’s over, it leaves you to move on to prettier explosives.

One Response to “MEEK IS MURDER: “INTO THE SUN WHERE IT FALLS OFF THE SKY””