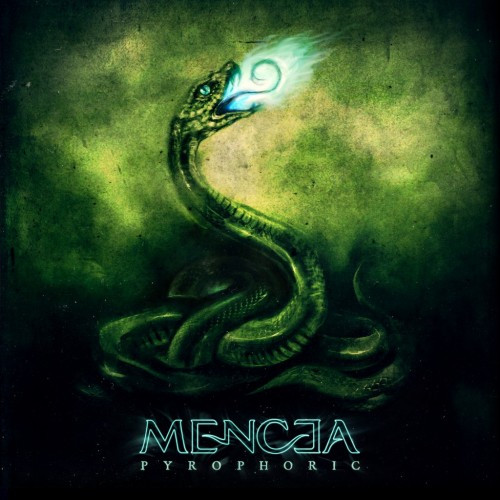 (Continuing with our series of November guest posts, we welcome NCS reader Booker, who provides this review of the 2012 album by Mencea, which is available now from Amazon and iTunes, among other places.)

Well it’s fitting that, having planned to sit down and pen a review of this album today, I met up with a mate who coincidentally mentioned how much he’d been thrashing this album lately – to which I could only reply – damn straight, I know what you mean!

Never heard of Mencea? Neither had I until a few months back, but these Greeks just let Pyrophoric, their second album, drop earlier this year. “Spooky, but groovy” is the short version of how I would describe it, and it’s on my heavy rotation list for this year. So if you’ve got ADHD, skip to the Bandcamp link below and stream it for yourself. I think in all honesty the artwork first caught my eye, and after a listen I didn’t regret judging the album by the cover.

Probably the strangest compliment I could give to a band is to say “nothing stands out on this album” – and that’s precisely the compliment I’d use to describe Pyrophoric. By this I mean: there are no blazing guitar solos, no superhuman feats of drumming prowess, no mind-bending time signature changes or complex, long musical movements – there’s just good heavy tunes, typically each coming in around the 4-5 minute mark, with none of the parts screaming ‘me! pay attention to me!’, but the whole band working together to lay down solid tracks that just work. 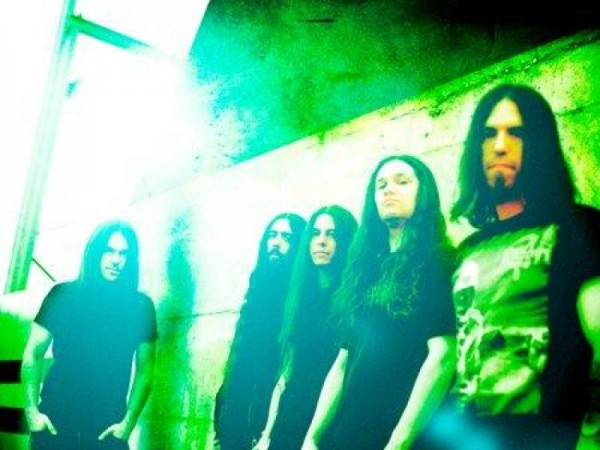 It’s difficult to classify the sound Mencea have going on – maybe death metal infused with groove metal would be apt? Featuring your typical metal ensemble of drums, distorted guitars, bass, and heavy vocals, they combine heavy riffage, solid drumming, and texturing such as higher-pitched, background, often spooky, melodic guitar lines (some of which could actually be keyboards) to create a groovy, otherwordly sound, building up in places to some great sing-along, bang your head moments.

A big plus for me are also the clearly audible bass lines bringing up the low end, and used to good effect on ‘guitar-less’ segments on occasion. Vlasis Ziouvas‘ vocals, while heavy, are actually also quite clearly discernible. The lyrical content goes from overtly Lovecraftian (“The Old Ones wait” on “Elders”) to lines conjuring up astronomical phenomena (“Stars light an infinity of cold space, astral bodies reform, from the rebirth of cosmic dust” on “CCC”), but a creepy, mysterious, horror show-ish theme runs through much of the album.

Coming in at 8 tracks (one of which is my new favourite sub-two minute tune “Invocation”, really a “little song between songs”), the album forms a good listening experience from start to finish without being too long, nor too short; it feels like a good album-length fix.

Mencea’s previous offering Dark Matter, Energy Noir (http://mencea.bandcamp.com/album/dark-matter-energy-noir) came out in 2008. Having only streamed that album through once on their Bandcamp page, I can’t offer much by way of comparison or thoughts on how their sound has progressed on their new album, other than to say my initial impressions were that the song-writing seems to form more coherent, punchier tracks on Pyrophoric.

There’s really not much else I can say about this one. It’s just heavy music that sounds good! So do your part to support the Greek economy and pick up a copy of this under-the-radar 2012 release.

Form impressions for yourself on their Bandcamp page, which allows you to stream the whole album, or do it right here via the player below.