TheMadIsraeli, who first made me aware of the new song, gives us this introduction to the new music:

“Remember Ovid’s Withering, that blackened tech death djent band whose EP I reviewed earlier this year?  Well they’re back with an epic new song, “The Reckoning, The Summoning, The Purge”.  I’ve been a huge fan of this band since they released The Cloud Gatherer.  It’s a powerfully explosive mix of epic symphonic overtones, black metal grandiosity, tech-death attack, and of course propulsive djent groove.  It’s how well Ovid’s put all these together and makes it work that makes the song shine.  I certainly hope you all will enjoy this song, I think it kicks a fuck ton of ass.  This song is leading up to their debut full-length due sometime soon next year.  Who else is looking forward to hearing a full effort from these guys?” 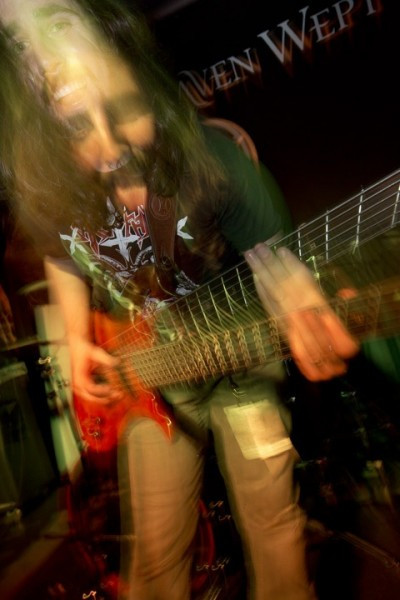 Cormorant are an unusually talented band, to whom we’ve devoted considerable attention at NCS. Via our blog brother Valley of Steel, I saw the following statement by the band’s vocalist/bassist/lyricist Arthur von Nagel, which is distressing news. Following that is a statement by Cormorant’s remaining members. I don’t mean to be a pessimist, but Cormorant without von Nagel is a different band. It may be a very good band, but it will definitely not be the same.

“It is with great deference and gratitude to our fans and supporters that I announce my departure from Cormorant. After the overwhelming reception for Dwellings and national tours with longtime personal heroes, I feel fortunate to end this chapter of my life on a high note. Nick, Brennan, and Matt will continue to write and perform as Cormorant with my full support. The albums we created together were very personal to all of us, and I know the music they are composing now is of the same passion and honesty. I cherish our time working together, and I wish them the best.

I am taking a break from music to pursue my career in video games—another lifelong passion. Since May of this year, I have been at Telltale Games, hard at work on The Walking Dead episodic adventure series. Contributing to the game’s development has afforded me artistic fulfillment I never thought possible professionally. Thanks to the many colleagues I count as friends and projects I care deeply about, I look forward to going to work every morning for the first time in my life.

I have nothing but the most sincere thanks to our fans. You are incredible. From the Lebanese diehard metalhead who smuggled his contraband Metazoa CD in from Saudi Arabia, to the gentleman of indigenous Australian descent who wrote to tell us how profoundly “The First Man” had affected him, knowing that we’ve forged a connection with people through our music is the most gratifying. I feel grateful to have had the opportunity to perform for our fans across the US this year. Meeting you all in person was a true pleasure. I only regret that a worldwide tour wasn’t possible!

I’d like to thank the sound engineers and producers who made us sound our best, the publicists and journalists who wrote so beautifully about us, the visual artists who brought our music to life, the promoters who included us on such wonderful bills, and the bands with whom we shared the stage. While I have always taken great pride in Cormorant’s independence, so much of the band’s success is owed to your support. I look forward to attending future Cormorant shows from the other side of the stage. – Arthur von Nagel, November 2012”

“We would like to collectively thank Arthur for his contributions to Cormorant over the years and wish him well in his future endeavors. He was an important part of the band and worked very hard to help get us where we are today, and we’re grateful for all his efforts, both musically and professionally.

As for the future of Cormorant, we’re pleased to announce that we’ve been diligently working on new material and currently have 5 songs in various stages of completion. These new tunes are a further progression from the music on Dwellings, with more pronounced doom and black metal influences. We’re looking forward to recording new material sometime in 2013. As for replacing Arthur, our focus is entirely on writing new music right now. Obviously a replacement will be announced in the coming months, but for now, we feel strong and confident as a trio and are enjoying writing some of the best music we’ve ever written.

Cormorant has always been (and will always be) a collective effort between the musicians involved. The band started as a 3-piece, then evolved to a 4-piece, and now it’s time for the third incarnation. Will Cormorant sound different now that our former vocalist/bassist/lyricist is no longer involved? Unquestionably. But our music has always been based on consistent progression, and the future will be no different. Dwellings sounds vastly different than Metazoa, which in turn sounds entirely different than The Last Tree. Our forthcoming work will reflect this progression, and we’re very excited about the prospect of experimenting with new vocal approaches, bass stylings and lyrical content.

As we move forward, we want to reiterate our gratitude for our amazing fans. We know how fortunate we are, and we plan to continue earning your support. Cormorant will continue to write, record and perform music until the fucking wheels come off, because that’s more important to us than just about anything else in life. We will bring you new music before 2013 is over, and we will add a new musician (or musicians!) to the band who will take our sound to the next level. Horns up! – Brennan, Matt and Nick”

5 Responses to “SEEN AND HEARD: OVID’S WITHERING AND CORMORANT”