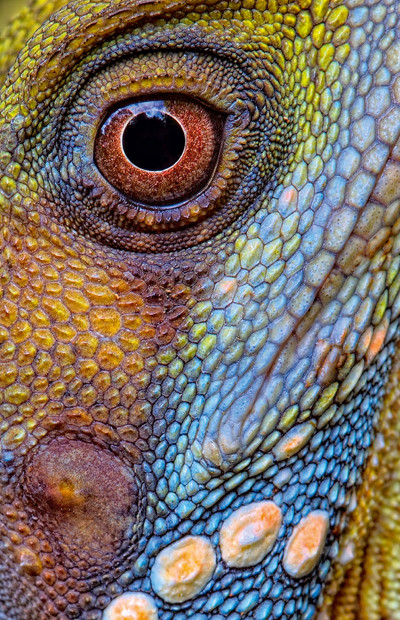 You know it when you see it — things that are metal even if they’re not music. And that’s what we collect in this series of posts — photos, videos, and news items I think are metal.

It’s been a couple weeks since the last time I did this, so today I’ve got a whopping ten items for you: striking photos from an Australian rainforest, a trouser snake from the Amazon, sexual horrors of the insect world, the world’s largest collection of penises (in Iceland), dumb ways to die, Finnish hockey commercials, mind-blowing video of the new world record for holding your breath, a couple of dudes wearing medals, and a new Oz movie that’s got me pretty excited. Here we go:

The first item is a series of photographs that appeared in Australian Geographic. They were taken by Kaisa and Stanley Breeden in a northern Queensland rainforest for their book Rainforest Country, which was published earlier this year. One of the photos is at the top of this post — a close-up of a Boyd’s rainforest dragon (Hypsilurus boydii).

Right after the jump, in the following order, you’ll see a cassowary (a bird that’s covered in black feathers everywhere except for the skin on the head and throat, which are brightly colored); a small patch of wet rocks on a beach (they are only brightly coloured when wet); and a pygmy possum (lol).

The Australian Geographic article about the Breedens and Rainforest Country can be found via this link, and you can click here to see even more of these eye-popping photos. 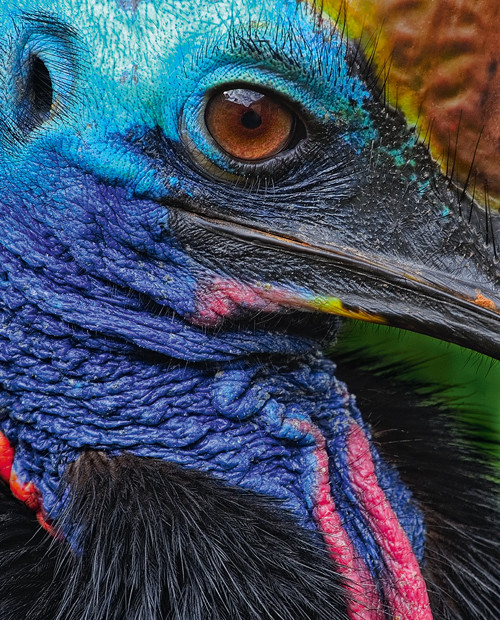 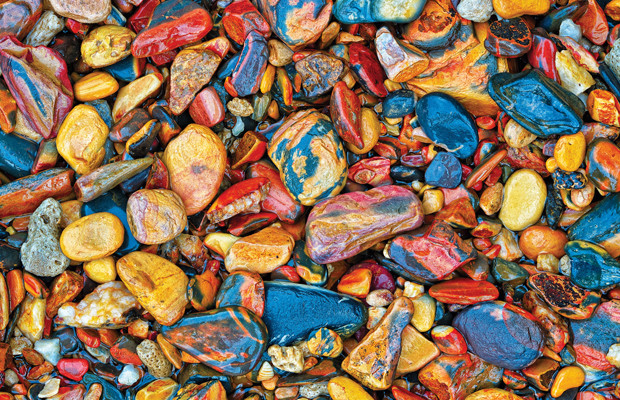 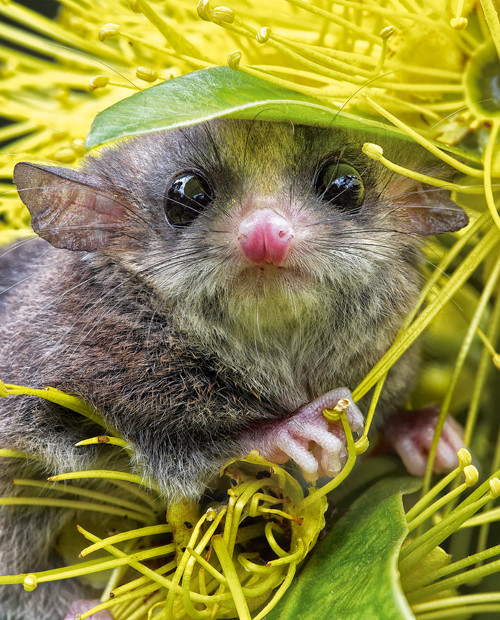 (I found a link to these photos at TYWKIWDBI)

While we’re on the subject of natural wonders, let’s pause for a moment to consider Atretochoana eiseltiis, better known as a caecilian. It’s a kind of limbless amphibian, though it looks more like a snake.

Actually, what it really looks like is trouser snake, if you know what I mean. A group of engineers building a dam in the Amazon recently discovered six of them in the Madeira River, which was being drained as part of the dam project. They took these pics: 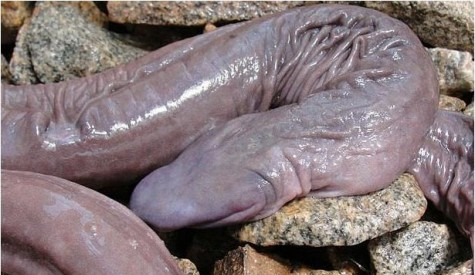 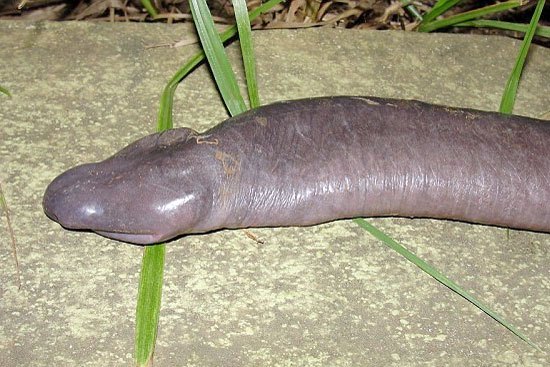 ElvisShotJFK sent me a link to this article where I found the photos. But he didn’t stop there. He’s also responsible for this next item. 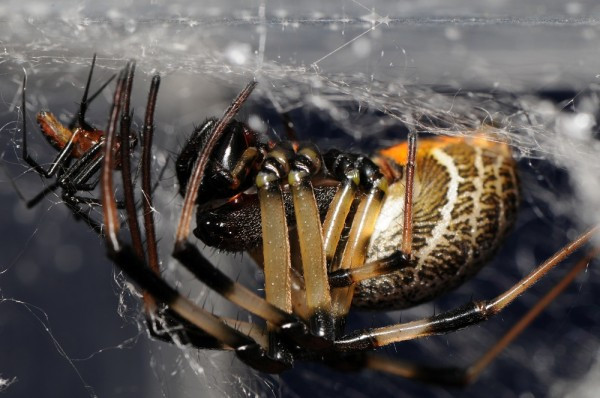 The male orb web spider also has detachable genitalia. That’s right, after sex, the spider sperm-transferring organ (called the “palp”) detaches from the male’s body and stays insider the female, where it continues to transfer sperm until the female can get it out. You can think of it as the male leaving a little something to remember him by before he turns into dinner.

I think the male orb spider is a very good argument in favor of evolution, because no one could have made something like this on purpose.

Should you care to explore this subject in more detail, clicking this link will take you to an informative article. 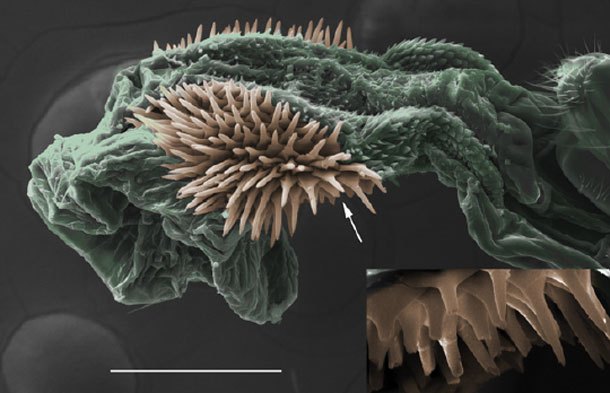 This next item is kind of the flip side of the male orb spider. The photo above is an enlargement of a seed beetle’s penis. According to this article, those spikes are hard and sharp, and they inflict heavy injuries upon the female beetles during sex.

Two scientists named Hotzy and Arnqvist have spent years studying the seed beetle’s spiky penis, trying to figure out their purpose. To test their ideas, they wanted to deliberately change the length of the spikes to see what effect that would have. They did that in two ways: by artificially breeding males for several generations to have either longer or short spines; and by shaving them with a laser.

I guess there must be worse ways of making a living than shaving the penises of male seed beetles, but at the moment I’m having trouble thinking of any.

I could tell you what Hotzy and Arnqvist found and about all their theories, but it’s kind of making me queasy, so I’ll just give you a link to this article where you can read all about it. Also, if you really want to gross yourself out, check out some of the hyperlinks in that article.

ElvisShotJFK send me the link to that article. He also sent me a link to an article about Nickelback’s Chad Kroeger revealing that he once paid one of the band’s drum technicians to stick his penis into the blades of an electric fan. I’m getting the sense that there’s a theme to all these items Elvis sent me, but I can’t quite put my finger on it.

Having already gone this far down the penis highway, we might as well go a bit further. Amazingly, this next item didn’t come from ElvisShotJFK. I found out about the Iceland Phallological Museum from the fascinating travelogue that GemmaD has been writing about her vacation in Iceland. We’ve already published one of several interviews of Icelandic metal bands she conducted during that trip, and I’m expecting more.

In one of her posts about the trip, Gemma described walking past the Icelandic Phallological Museum and deciding to go inside. As she wrote, “You just can’t walk past a Phallological Museum.” I found this description at The Font of All Human Knowledge:

“[The museum] houses the world’s largest collection of penises and penile parts. The collection of 280 specimens from 93 species of animals includes 55 penises taken from whales, 36 from seals and 118 from land mammals. In July 2011, the museum obtained its first human penis (one of four promised by would-be donors) though its detachment from the donor’s body did not go very well and it is now a ‘greyish-brown, shrivelled mass’ pickled in a jar of formaldehyde. The museum continues to search for ‘a younger and a bigger and better one.’ . . . The museum has become a popular tourist attraction with thousands of visitors a year—the majority of them women.”

The whole article at The Font is hysterical. I’ll include one more excerpt:

“The museum also contains sculptures of 15 penises based on the Iceland national handball team [which won the silver medal at the 2008 Beijing Olympic Games]. An article in the Telegraph describes them as being donated by the Iceland national handball team. [Museum founder] Sigurður [Hjartarson] claims in the article that although they are not displayed in the same order as the individuals shown in the photograph that accompanies them, ‘their wives would recognise them.’ However according to Slate, these sculptures were created by Sigurdur Hjartarson’s daughter, Thorgerdur Sigurdardottir, and were based on her own experience rather than any knowledge of the team. The team’s goalkeeper denies that the sculptures are casts.” 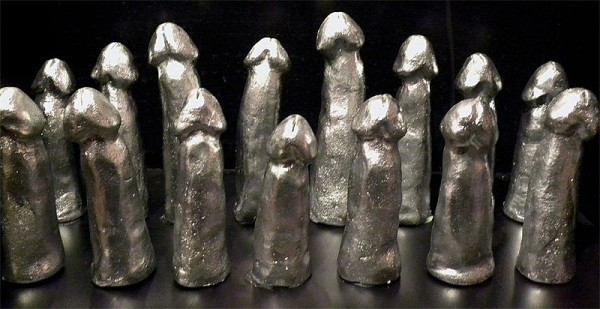 Okay, enough about penises. Though if you still want to rattle your brain with something suggestively penile, go HERE. If you move your mouse gently across what you see there, you’ll be fine.  If you move it back and forth vigorously, you’ll get a surprise. And yes, ElvisShotJFK sent me that link, too.

Where was I? Oh yeah: talking about something else besides penises. Take a look at this. I’m not going to tell you who made this or why, because that would spoil the surprise at the end. And if you get this very non-metal but ridiculously catchy tune stuck in your head, you can download it here.

I received the following message from Finnish NCS patron jeimssi, with a link to the videos you’re about to see. They’re some commercials for a top Finnish professional ice hockey team called Pelicans, who are based in the city of Lahti. It will help to know that “Lahti. Kiekkokaupunki” means “Lahti. A hockey City.” The second video is the most recent in the campaign. “Mummo” means “Grandma”. Definitely metal.

This next item blew my fuckin’ mind all over the walls. I’m going to quote the introduction from the site where I found this:

“The next time you’re watching a TV show, think about this: One man recently held his breath for nearly the entire duration of that half-hour program. Stig Severinsen, a world champion freediver and breathing expert, captured the Guinness World Record with this amazing feat. For the past decade Severinsen has experimented with different methods of breath-hold to examine their effects on the mind and body. He even wrote a book titled Breatheology: The Art of Conscious Breathing.”

Take a look at the pair of photos below. If you’ve been paying any attention at all to the news over the last week, you’ll recognize the dude on the left. He’s been getting more attention for dicking his biographer than we’ve been giving to the troops he used to command in Afghanistan. Many of whom, by the way, are still over there for reasons I sure can’t figure out.

You may also recognize the dude on the right. He had a somewhat more noteworthy military career than Gen. Petraeus. As you look at these images, do you notice any difference about the amount of salad pinned to their chests? 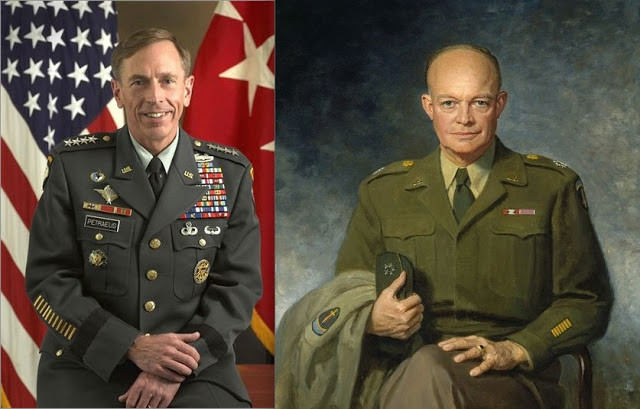 Here’s the text that accompanied this photo at The Dish:

“Consider these portraits of Generals Petraeus and Eisenhower. Petraeus is wearing over 30 ribbons and badges on his uniform. I’m sure he earned each of them. But of that 30, how many civilians will notice that only one item was for heroism (Bronze Star with “V”)? Eisenhower earned only ten U.S. decorations (plus countless foreign ones), and – as was the custom of the day – typically wore only three or four at a time…

But the truth is, most accoutrements merely denote successful completion of an assignment, or time spent overseas – not necessarily in combat. Servicemembers can even earn a ribbon for volunteerism in their personal lives… We used to hesitate to adorn soldiers with ribbons, medals, and the like – it smacked of European symbols of nobility. The pendulum has swung too far toward over-recognition of service.”

Or, to sum up, fewer medals is metal.

And to wrap up this installment of THAT’S METAL!, I have a movie trailer that debuted a few days ago. It also blew my fuckin’ mind, because The Wizard of Oz has to be in my Top 10 favorite movies of all time, and the trailer is for a prequel to that story.

I didn’t even know this movie was being made. Its name is Oz The Great and Powerful and it stars James Franco, Mila Kunis, Rachel Weisz, Michelle Williams, and Zach Braff. It was directed by Sam Raimi (The Spiderman Trilogy). Check it out (thanks again to TYWKIWDBI), and enjoy the rest of your fucking day.