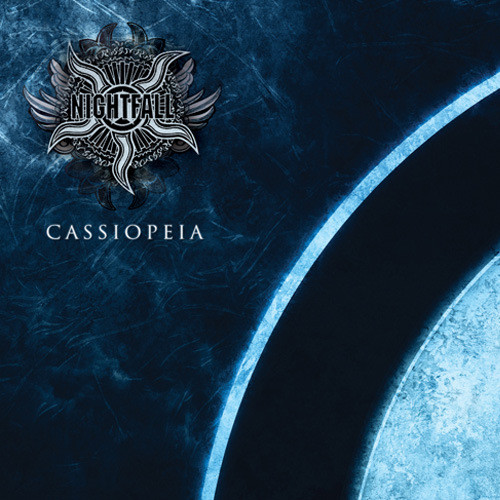 Turns out I missed a lot. This is the third of three posts in which I’m collecting the best of what I missed while the NCS HQ was cast into outer darkness yesterday. I’m running through the music in alphabetical order. Featured in this Part 3 are Nightfall, Saille, and Pinkish Black.

Astron Black and the Thirty Tyrants, the 2010 album from this long-running Greek band (now with an international cast), was my introduction to their music. It was a hell of an introduction: I became an immediate fan. Nightfall have now recorded the follow-up to that album, with the title Cassiopeia. The new one is due for release by Metal Blade on January 18, 2013, and pre-orders are being taken here. Yesterday brought the premiere of a lyric video for the album’s first single, “Oberon and Titania”.

Patrons of Shakespeare will recognize the names of those two characters from A Midsummer Night’s Dream, the king and queen of the fairies whose hostility toward each other leads to manipulation of the humans attending a woodland wedding within their realm.

The song itself is great — a captivating blast of melodic death metal with a slightly blackened feel and a big finish that features a Kind Diamond-style guitar solo. To read the lyrics in the video, you may have to contort yourself a bit, though I thought the effects were kind of cool. I’m also including a SoundCloud player for the song, which has better sound quality. You can also download the track for free at this place.

Pinkish Black are a duo from Fort Worth, Texas, who use no stringed instruments, relying instead entirely on drums, synthesizers, and recorded loops. They self-released a self-titled debut album in May, and today came the announcement that Century Media has signed them, and that a new album will be recorded by the end of the year. 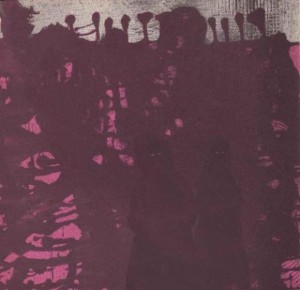 I was sufficiently intrigued that I watched a video released earlier this year for a song called “Bodies In Tow”. I had literally no clue what the music would sound like. It didn’t sound much like what I usually listen to, but I found myself hypnotized — in part by the music and in part by the very strange video, which displays a girl in costume somewhat self-consciously dancing in slow motion by herself. It looks sort of like something pulled from the 1970s and then subjected to a variety of digital effects. She was probably perfectly straight when the video was originally filmed, but as it appears now, she seems to be moving in a narcotic haze.

The music is kind of like a narcotic haze, too — a hypnotic mix of doomy sludge, psychedelia, and ultimately an ethereal melody with entrancing vocals. I wouldn’t call this stoner metal, but I felt like I’d smoked a couple bowls of hash by the time the song ended. When it ended, I played it again.

Below the video I’m including a Bandcamp player with the rest of the songs from the album. To download it, should you so desire, visit Bandcamp here. 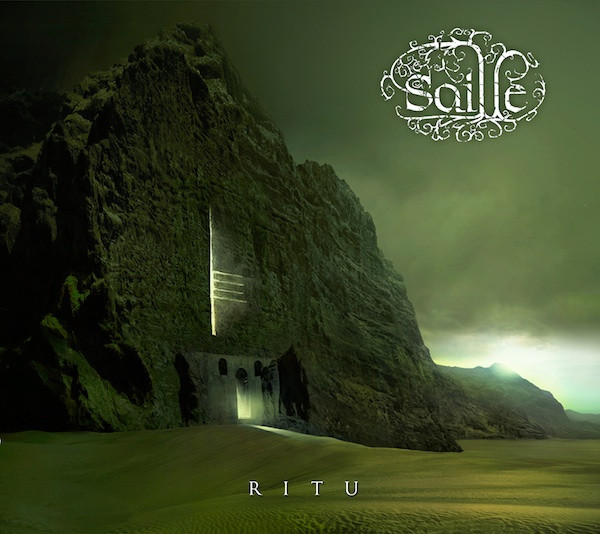 Yesterday Saille released a lyric video for the new album’s first single, “Haunter of the Dark”. I would like to quote the first comment I saw beneath the clip on YouTube, because I agree with it 100%: “Even if you don’t like the music you have to give them credit for managing to use “Trapezohedron” in a song. That in itself is seriously bad ass! And the music kicks ass too!”

The music does indeed kick ass — melodic black metal with an aura of symphonic grandeur. It mixes bestial vocals, swirling tremolo guitar, and blasting drums with dramatic orchestral elements to great effect. It also includes a surprising (and contrasting) instrumental interlude. And the video is fun to watch, too. Check it out: