Time for another daily round-up of things I saw and heard this morning while snooping around the web that I thought were worth sharing. There’s one thing (and only one thing) that all three of the following items have in common: They all involve genuinely eye-catching cover art. The bands are Byzantine (U.S.), Portal (Australia), and KONGH (Sweden).

It was a very sad day when West Virginia’s Byzantine dissolved roughly five years ago following the release of Oblivion Beckons. The band broke a lot of ground while they were up and running, they had talent in spades, and they clearly weren’t the kind of outfit who were going to remain static in their musical approach as time passed. Much time did pass without new Byzantine music, but as we were thrilled to report much earlier this year, Byzantine have reunited.

They’ve completed recording a new album, self-titled, that’s currently scheduled for release on February 26 via Gravedancer Records. We’ve been tremendously fortunate to get an advance listen to the album, and all I can say at this point is that it more than makes up for those long years of silence. This is a mature band who have created something quite diverse and really special from end to end.

Today, they’ve unveiled a new song from the album by the name of “Signal Path”. I said the album is diverse, and so I don’t think any one song could really stand as representative of the whole, but “Signal Path” does display the kind of masterful integration of disparate elements that’s indicative of what the album brings — in this case, massive groove, infectious melody, soulful/gritty vocals, blazing guitar leads, and jazz-influenced soloing.

The song was premiered by those lucky dudes at Metal Sucks, and although the SoundCloud stream is embeddable, I don’t want to steal their thunder. So, GO HERE to listen to “Signal Path” and then come back to this page and let us know what you think of it.

The album art, by the way, was created by David Friedmann, and I think it’s wonderful. 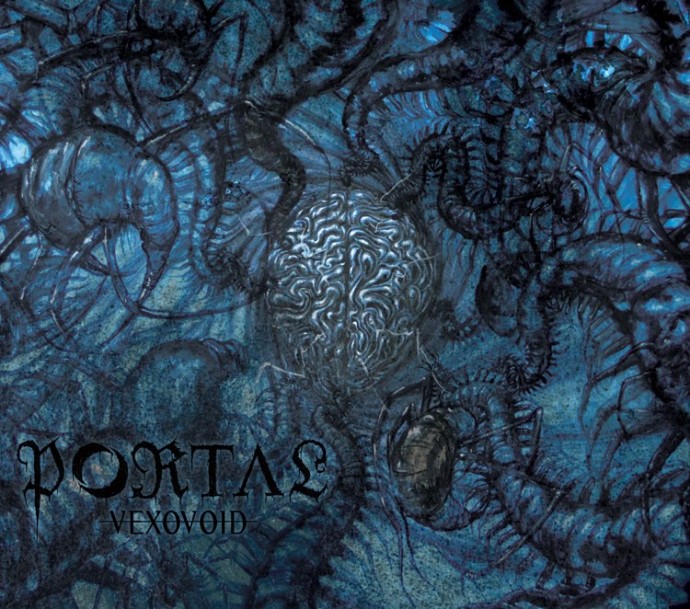 The next item is another serious eye-catcher: It’s the cover to the new album Vexovoid by Portal. The killer artwork is by Rev. Kriss Hades. We also now have the Profound Lore release date: Feb 19, 2013, with vinyl to be released shortly afterward. We don’t yet have any music, but since this is Portal, I’m already feeling scared. 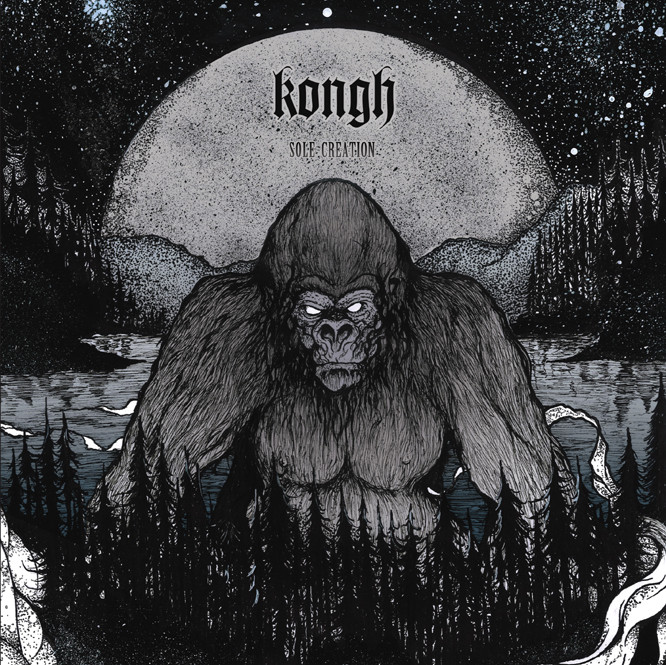 And the third of our eye-catching pieces of artwork is up above. It’s the cover for the new third album by Sweden’s KONGH, though unfortunately I don’t yet know the name of the artist. The new release is entitled Sole Creation, and it will come to us via Agonia Records on February 5, 2013 in Europe/UK and February 19 in North America.

The album will consist of only four tracks, but they are long ones, totaling 45 minutes of music. I was also interested to read that it will include a guest appearance by John Doe, guitarist of the excellent Swedish black metal band Craft, and that it was mixed and mastered by Magnus Lindberg of Cult Of Luna.

The pounding of tribal drums and the screech of feedback announce the track, and then it really starts to roll and jab and hammer — before it tumbles into a swamp. It’s dark and gritty, pummeling and melodic, with a pleasing mix of throat-scraping and clean vox. It has an eerie, occult feel and brings a heavy load of beefy, doomy riffs.

I really didn’t want the song to end prematurely, so I guess I’ve been well and truly teased. Check it out below.