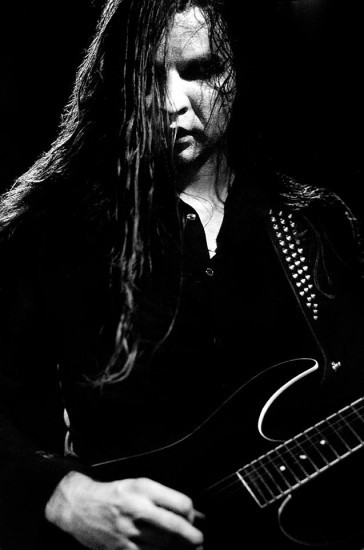 Before we get into the interview I’d like to extend my sincere thanks to Victor (V. Santura) for answering the questions I sent to him, which were originally written to be asked and answered during the UK leg of the band’s current tour. Despite the delay I really appreciate how he engaged with the interview and worked with the material.

I’d also like to thank Stefan for helping set this up, since (as you all know) Dark Fortress are amongst my favourite bands. So thank you Stefan!

Firstly, how is the tour going?

Well, what shall I say? I guess it’s a typical UK underground tour which means it is not exactly the glamorous rock-star dream coming true, haha. Sometimes the circumstances are a bit “adventurous”, but no matter how many people are attending the shows, the reactions of the audiences are fantastic. I also have the feeling that the band is very well in shape at the moment. Personally I enjoy playing live a lot and shows like the one in London for example had something truly magic. It’s those moments why you are doing all of this.

How are you finding your UK tour mates?

Very good, both bands have strong material. I’ve been in contact with Ethereal for a while and even know some unreleased song ideas. And I know Wilson from Saturnian since several years. Nevertheless I have to say that Saturnian kind of blew me away with their tight and super professional musicianship. I also like their album a lot. Go and buy it! 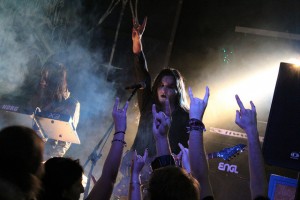 And who have you been playing with out in Europe?

We haven’t been very active in 2010 and 2011 on the live sector unfortunately. After the support tour for Satyricon and Shining in late 2009 we played our own headlining tour for Ylem in early 2010 with Serpentcult, Farsot, and Sardonis as support acts. Since then we only played a bunch of single shows, that’s why we decided to show the people that we are still alive and went out on tour with Nachtmystium this April.

How was the Nachtmystium tour for you guys?

Both good and bad. It is quite astonishing how big the differences between two gigs can be, even within the same country. Some gigs were amazing, some I thought where shit, like a show we had in Italy or the show we had in Berlin. In Berlin we had a headlining show a few months before which was pretty good and then this show with Nachtmystium was abysmal. The promoter was obviously only interested in Nachtmystium and didn’t really want to have the other bands, so the show was only promoted as a Nachtmystium gig and I had the feeling that there were maybe a handful of people coming for Dark Fortress. The next day we had an amazing show again, weird.

Generally we had a really good time with Nachtmystium and I think that this package works very well on an artistic level, and both bands were full of respect for each other. This would be a package that could work in the US, too, maybe better than in Europe…

Any crazy/slanderous stories you want to share from the experience?

Well, there are stories I could tell, but I don’t wanna ruin anyone’s image… well, in the case of Nachtmystium this would probably only affirm their image… But what happens in the bus, stays in the bus.

How did you go about selecting the set-list for tonight’s show? From what I’ve seen it appears to be a pretty even balance between Stab Wounds, Séance, Eidolon, and Ylem.

Exactly. This is our first UK headlining tour, we don’t really have a “new” album out, so we wanted to feature each album equally. I know, there are some people that would love to hear something from our first two albums, but in retrospective I think that everything we did since Stab Wounds is so much better than the really old stuff, so that we want to focus on our last 4 albums. We decided to play at least two songs of each album, choosing songs that fit together really well and give the entire setlist a good flow yet full of contrasts. 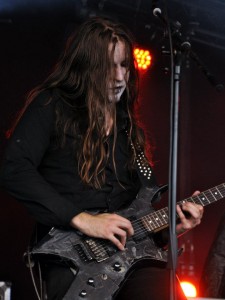 Although it’s several years old now, Ylem still gets rave reviews pretty much everywhere I’ve seen. What’s your lasting impression of the album, now that some time has passed?

My lasting impression on Ylem is a bit mixed. I think that some of the songs on Ylem are the strongest songs we’ve created in our entire career, but there are some lengths across the album that I’d like to have a bit more compact next time. And maybe there are one or two “mellow” songs too much, even though I like each of them for itself.

Do you have some favourite tracks you’ve not been able to fit into the set-list?

Well, if we are talking about Ylem tracks, I’d mention “Evenfall” which is a killer live song or “As the World Keels Over”, even though both of them belong to those rather “mellow” songs I just mentioned.

You are currently working on your seventh album, correct?

How is the writing/recording process progressing?

Honestly, still slow. But this is also due to our own demands of quality. I want to create the best possible album this band can achieve and this takes time.

It’s still too early for details…

Moving on slightly, I know that you, and the band, have a relationship with Tom G. Warrior that stretches back several years. I know he did guest vocals on ‘Baphomet’, and that you were for a time a live member of Celtic Frost. From there I assume it was pretty natural for you to become a member of Triptykon?

It was indeed natural to become the guitar player in Triptykon. Playing in Celtic Frost was a huge honor and pleasure for me and it was very sad witnessing this unique band falling apart. Tom and I got along very well in Celtic Frost, as I actually also did with Martin and Franco, and when Tom decided to move on with Triptykon after the demise of Celtic Frost, I was the first guitarist he asked. 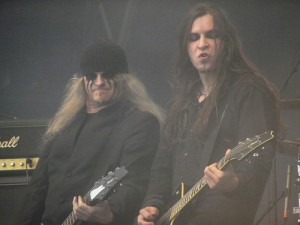 What is your relationship with Tom Fischer, and the rest of the band, like these days? I’d imagine you’ve certainly developed a close friendship with all of them?

Triptykon is just like Dark Fortress a real band, and the good thing is that we are indeed friends in this band. This makes us very strong. Right now I am actually extremely motivated about Triptykon due to some things going on at the moment.

I saw Triptykon live (again) earlier in the year at Inferno, and that was a great performance, from an audience perspective at least. How was it for you?

Inferno was a very difficult gig and not pleasant in some respects. I enjoyed each single show on the UK tour in March this year way more. This was a truly fantastic tour indeed.

Any news on new Triptykon material?

We are working on it, definitely, and as I said I have reasons to be extremely motivated at the moment.

You’re also a noted producer in your own right, and own Woodshed Studios in Germany. How did you first get into producing/engineering?

Well, when I was about to finish high school (in Germany this is called “Gymnasium” and is not exactly the same as the American high school) I made up my mind and asked myself what do I wanna do with my life? I’m not going to quote Twisted Sister here, but I definitely wanted to work with music and since I was also extremely fascinated by the technical- and the recording-and-producing aspects of music I decided to visit the SAE college in Munich and get my audio engineer diploma. Earlier, with my first band we wanted to do some test recordings with a four-track machine and I was the one who was sitting there with the manual learning how to use it in the morning before we started recording in the afternoon. I guess that was the first time I realized my affinity to this topic.

And what gave you the impetus to set up your own studio – which I’d imagine is a pretty substantial investment on your part?

I wanted to do this since ever, but honestly, I think it was the boost of self-confidence I got from playing in Celtic Frost that gave me the balls to finally do it.

And also the boost on my account, haha, because Celtic Frost paid their live musicians really fairly, as opposed to some other bands with a comparable status…

How easy is it for you to take a step back, as a producer, when working with the Triptykon or Dark Fortress material you yourself have been involved in writing?

I basically see it as a huge advantage being able to produce or co-produce your own band. Especially with Eparistera Daimones we put so much detailed effort in pre-producing certain things, that this would have cost a fortune if all that would have been handled by some external person who asks for a good fee. And I think I grew a lot since this last production though and that we can take advantage of that even more with our forthcoming albums. 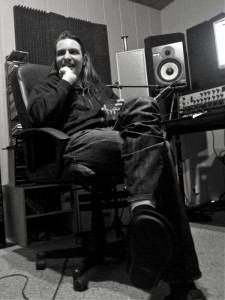 As a producer, with your own studio, would you like to recommend some bands/albums you’ve worked with recently, who you think our readers should check out?

Just a few days ago a band from Finland that I’ve worked with earlier this year called Kuolemanlaakso released their debut album Uljas uusi maailma. They are heavily influenced by Triptykon (or also Ajatarra I’d dare to say), that’s why they wanted to work with me. I am quite proud of this production and especially the song “Etsin” really touches me. This album is anyways one of the few “full” productions I did this year, because I mainly did mixes only throughout the last months, and I also have to admit that I took some two or three months off this summer to get fresh in my mind again. But there are some full productions lined up again already for the next months.

Finally, what do you have planned for 2013, as a band member, and as a producer?

Making plans for 2013 is a nightmare right now. I’m all of sudden getting bombed with requests for productions, but I really want to have plenty of time for both of my bands, Dark Fortress and Triptykon, because we have to work intensely on the new album(s).