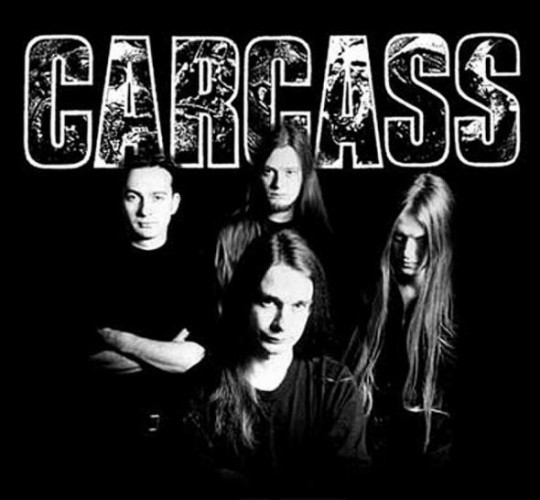 I didn’t get a chance to pull together at the end of yesterday what I found in my daily web crawl and e-mail excavation, so I’m doing that this morning. And because I waited so long to patch together this round-up, there are quite a few items of interest in here:

This item comes first because it’s the kind of news that shakes the earth. Late yesterday Blabbermouth reported: “Reactivated British extreme metal legends CARCASS are rumored to be putting the finishing touches on their first studio album in 17 years with acclaimed producer Colin Richardson (FEAR FACTORY, MACHINE HEAD, NAPALM DEATH, SLIPKNOT, BULLET FOR MY VALENTINE). The band has yet to secure a label home for the effort, which is expected in early 2013.”

As previously disclosed in assorted interviews, guitarist Michael Amott and drummer Daniel Erlandsson, who toured with Carcass following the announcement of their reunion in 2007, are no longer involved with the group due to scheduling conflicts with their main band, Arch Enemy. Blabbermouth reports that original guitarist Bill Steer and bassist/vocalist Jeff Walker are actively involved in the studio for the new CD recording sessions, along with drummer Matthias Voigt of Germany’s Heaven Shall Burn.

According to the report, Carcass is also in the process of booking a number of live shows for 2013, including the previously announced appearance at next year’s Maryland Deathfest and Chile’s Metal Fest.

This is obviously significant news, given the historically important role that Carcass played in the development of grindcore, goregrind, and eventually melodic death metal. Even without Amott, whatever Steer and Walker create is going to demand attention. How the music will sound is anyone’s guess, given that the band’s last album, Swansong, came out in 1996. But damn, how can you not be seriously interested? 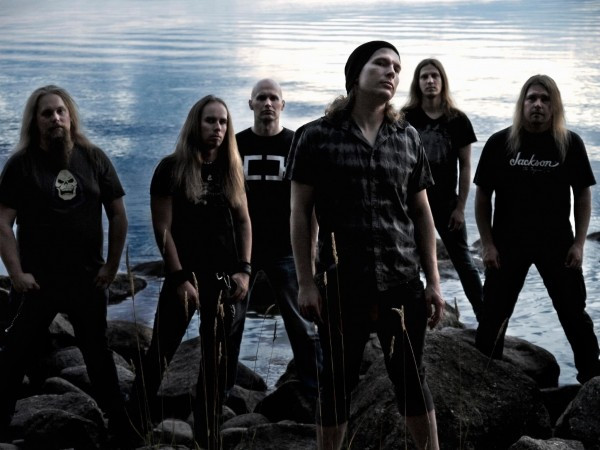 While I’m on the subject of forthcoming albums, I saw this note on the Omnium Gatherum Facebook page: “The 6th OG album is finally 100% ready with mastering and artworx too, so soooooon you’ll get more news about every lil’ detail what’s to come. Stay on the channel folks!” The album art will again be handled by Olli-Pekka Lappalainen.

I’m pretty fuckin’ excited about this news, too. OG also recently announced that the band has been joined by a new bass player, Erkki Silvennoinen, who used to play in Amoral and is also now a member of the brutal tech-death band De Lirium’s Order.

As you may know, especially if you’re a devoted NCS follower, God Seed are a Norwegian band whose ranks include ex-Gorgoroth luminaries King ov Hell and Gaahl as well as live Dimmu Borgir keyboardist Gerlioz. Their debt album I Begin was recently released by Indie Recordings. It’s one of many highly anticipated albums that I haven’t yet found time to hear, though the two tracks that have publicly premiered are very good.

Yesterday, Metal Injection and Metal Hammer premiered an official video for the second of those tracks, “Alt Liv”. I’m fascinated by the song. It’s a far cry from Gorgoroth, much more of an avant garde work that blends plenty of epic northern darkness with an almost psychedelic aesthetic. Gaahl’s vocals are also striking.

I’m confused by the video, yet although I don’t understand what’s happening, it still succeeds in underlining the ominous intensity of the music.

How many of you thought Goat Bagpipes was the name of a band? Come on now, ‘fess up. You thought that, didn’t you?

It actually would be a damned cool band name, but it’s not. The goat bagpipes is an instrument.  Yessir, genuine Macedonian goat-head gaidi made by Risto Todoroski from Sydney. I mean seriously, if this isn’t metal, what is? It’s also ridiculously fucked up.  Which also makes it metal.

(Credit to Trollfiend for this find.)