Today is a milestone day. It’s really just an unusual alignment of numbers in the Western world’s completely arbitrary way of measuring the passage of time on a calendar, but it’s cool nonetheless: The last 100% repetitive date that most humans now alive will ever see. It’s a long wait until January 1, 2101.

So, how shall we commemorate this arbitrary milestone? In the same way we commemorate the advent of every blessed new day: with some fucken metal. Here are a few things that caught my eyes and ears since last night (and we’ll also have an eviscerating video premiere by Krisiun coming up soon).

We have flogged the name Infant Annihilator mercilessly since discovering their artistic, bunghole-plugging video for “Decapitation Fornication”. And now the day has arrived when the band’s debut album The Palpable Leprosy of Pollution has been vomited forth in a steady stream of incendiary munitions and vocal filth guaranteed to fracture spines and necrotize flesh.

After the jump, press play — and then duck and cover. You can buy the album on Bandcamp via this link. 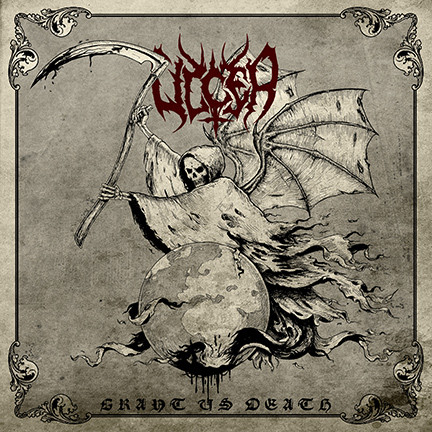 I think any day worth commemorating is worth commemorating with a big serving of old-style, Swedish-school death metal. Last night I discovered a band from Poland named Ulcer, and their newest song has been staving in my skull as if it were made of crackers instead of bone.

The band’s new album Grant Us Death is scheduled for release by Pulverised Records on February 19, 2013 in North America (and on January 28 in Europe). Yesterday, the band launched a song from the album for streaming. It’s a soft, tender ballad called “The Love Song”. And by “soft” and “tender”, I mean it’s a gory discharge of D-beats and blast beats, smokin’ hot HM-2 buzzsaws, and masterful vocal putridity.

Seriously, this is old-school Swedish death metal done really well. Keep your eyes and ears open for more from Ulcer. I sure as hell will. 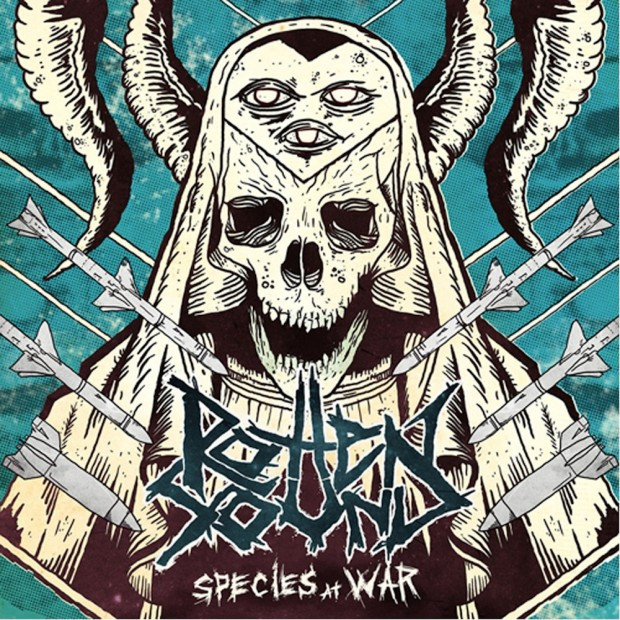 Thanks to a post over at Metal Sucks and a near-simultaneous e-mail from TheMadIsraeli,  I learned that Finland’s Rotten Sound debuted a new lyric video yesterday. “Salvation” will appear on the band’s new 6-song, 8-minute EP Species At War, which will be disseminated on CD and 12″ vinyl by Relapse Records on January 22. Pre-orders are being accepted at Relapse, though I also found a pre-order of a sweet picture-disc 7″ at the Season of Mist e-shop (Season of Mist is handling European distribution for Rotten Sound)

AND, it looks like the EP is going to be available on Bandcamp, because I found this page, all set up and ready to go.

AND I love the cover art, which is why I made it so big (though I haven’t found the artist’s name).

AND, “Salvation” is a sweet piece of death-infused grindcore carnage from a band who are celebrating their 20th anniversary in this 2012th year since the current arbitrary counting of calendar time began. Pretty fuckin’ amazing.