(I again twisted the arm of recording engineer and musician Sean Golyer (Oak Pantheon) to get his year-end list of personal favorites because I had a feeling it would be an interesting one, and he relented.  I hope he doesn’t need both arms for his work.)

I was originally going to go a more traditional route this year and write a bunch of nonsense reviews about why I like each of these releases. However, even I don’t like seeing myself ramble on trying to quantify reasons why I like band “x” over band “y”. I’ve come to realize I can’t explain my taste in a way that would make sense to anybody but me. I listen and I either like it or I don’t. This year also saw a lot of big changes for me and my bandmates regarding what we enjoy listening to now. This includes a lot of non-heavy music, but important none-the-less. They’re each “metal” in their own way.

So, I’ll continue my own tradition as I did last year by simply posting my favorite songs from my favorite releases with a brief description, all in no particular order. Feel free to discuss or debate the music below with me, or discuss something entirely different. That’s cool too.

One of my favorite releases of the year. A unique blend of black metal and rock, Porta Nigra’s debut is total debauchery with a late 19th century spin. Full of memorable hooks, varied vocal performances, and solid song structure, all with just a hint of opium-induced insanity. 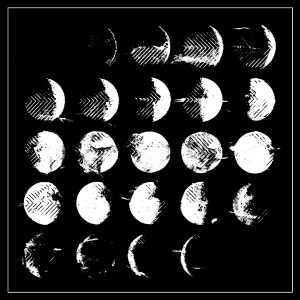 Converge – All We Love We Leave Behind

Album speaks for itself and has been talked about to death. If you haven’t listened to it yet, just do it. 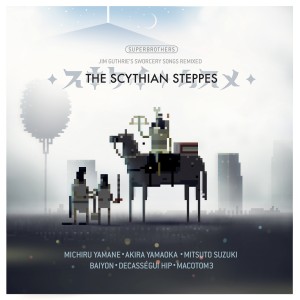 The awesome pixelated adventure game “Superbrothers: Sword and Sworcery” was finally released and localized in Japan. The game and its beautiful soundtrack have been available since 2011, but to accompany the Japanese release this year, Japanese artists contributed to a remix album titled The Scythian Steppes containing some of the famous songs from the original. The track below is my favorite of the bunch, taking a relatively chill electronic piece and turning it into a rock-infused anthem of violence.

I couldn’t tell you how many times this album has made the rounds on my various music absorbing mediums. Full of dreamy, gazey, melancholic melodies not unlike their brethren in Alcest, but with a heavier twist. Les Discrets carve out a follow-up album that’s stronger than anything they’ve released to date. If I absolutely had to name a favorite album from 2012, it would be this.

maudlin of the Well – Bath / Leaving Your Body Map

While technically the album pairing of Bath and Leaving Your Body Map came out over a decade ago, it was recently re-released (and justifiably sold out) by upstart label Blood Music. I’m normally not an avant-garde/prog/experimental snob and generally dismiss bands of the like as I feel most are utterly pointless and meandering displays of technical skill. NOT SO HERE. Give this band your time and patience, you will not be disappointed.

Of the Wand and the Moon – The Lone Descent

I didn’t find out about this one-man neo-folk project until very early this year. Took one listen of “Raven Chant” from the album Nighttime Nightrhymes and am now hooked for life. The older material is more solemn and minimalistic; it’s a very personal experience. But The Lone Descent offers a wide variety of soundscapes and instrumentation with post-rock-esque structure. Kim Larson is like the Johnny Cash of neo-folk, just top-notch stuff on display. I’ve offered two tracks from different albums I like it so much.

Excellent film, even better soundtrack. I’ve probably listened to more film scores and classical pieces this year than I have metal albums. I can’t get enough of them and this is one that has been permanently added to my library. Tough to find streams of the actual official soundtrack, but here’s a preview from the publisher’s Soundcloud. You can listen to it all in full on Spotify.

Another odd choice for me, as prog-metal/rock normally isn’t my thing. But AtomA offers atmosphere and soaring male vocals in spades. Hands down one of my favorite new singers in metal. 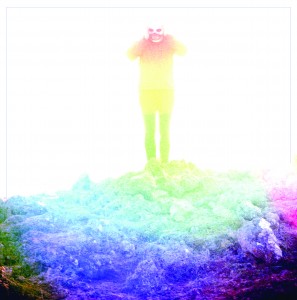 These guys have already set themselves up to be right on the bleeding edge of modern black metal, cutting the throats of expectation and making traditionalists mad, with the likes of Deafheaven and Liturgy. I’ll let the music infect your mind and see if it grows on you like it did me.

I’m also big into mixtapes (or I suppose playlists now). I meticulously assemble digital playlists designed to set a mood and to flow together. If you’re so inclined, feel free to enjoy my “Atmosphere” playlist on Spotify. Easily some of my favorite music assembled together in one place. Great background music too.