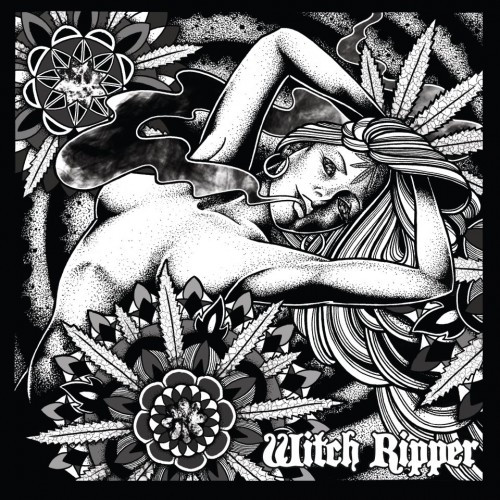 I learned about this band via an e-mail from its sole member, Curt Parker. I decided to check out the band’s self-titled debut EP for three reasons: (1) Curt Parker was a member of the now-defunct Iron Thrones, and I enjoyed their music; (2) Curt Parker recently moved from Minneapolis to our current home base of Seattle; and (3) I thought the cover of the band’s EP (created by Tim Bradley) was awfully damned cool. And as an added bonus, I later discovered that Witch Ripper has made separate videos for each of the EP’s

I started my sampling of the music with the EP’s opening track, “Space Debris”, and it proved to be lust at first listen. Before I knew it, I had discarded the MISCELLANY rules and listened to all four of the EP’s songs, becoming even more lustful as time passed.

For those interested in a genre label, this band plays in the proggier and sludgier corners of the stoner metal sandbox, creating music that brings to mind the likes of Mastodon, High On Fire, Neurosis, and Helms Alee. Witch Ripper channels the power of the riff at high-megawatt levels of addictive hookiness, but the music also delivers layers of memorable melodic complexity that make it stand out from the stoner crowd. You’ll be swallowed up in hard-rocking, hard-rolling jams one minute, stomped-on hard the next, and swimming off on astral streams the next. Also, it’s thick as a brick and heavy as fuck.

The guitar leads and solos, sometimes bluesy and soulful and sometimes trippy and psychedelic, are enthralling (especially the long workout on “Queen of the Green”), and the drumming (performed on this release by Curt Parker’s ex-Iron Thrones bandmate Pete Clarke) is just excellent. To top it off, Curt Parker’s gritty vocals burn and boil with whiskey-soaked passion.

Also, the little bass solo at the beginning of “Hydra” gave me a skull fracture, the drum solo in “Ice Wizard” inflicted severe neck sprain, and the chiming guitar-and-bass duet in the intro to “Queen of the Green” was like a balm for those injuries — until the song started brutally crushing again.

Witch Ripper’s EP is available with a “name your price” option on Bandcamp. And for musicians in the Seattle area, Curt Parker is looking to flesh out the band in order to start performing live, so check out the Witch Ripper FB page. Links are below, followed by the music, and I’ve also included one of those music videos mentioned earlier; the rest can be viewed here. 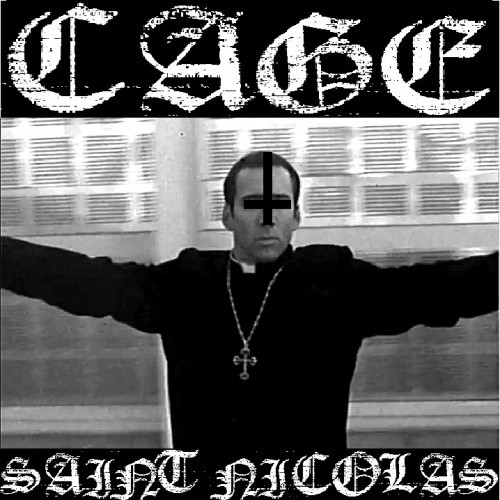 I heard about this four-man Bristol-based band via an e-mail from NCS writer TheMadIsraeli, who described them as the grindcore project of guitarist Peter Graves from the band Red Seas Fire (whose 2011 EP TheMadIsraeli reviewed here). They describe their music as “sonic devastation inspired by the flawed genius that is Nicolas Cage and his cinematic works”.

I happen to be a fan of Mr. Cage, in part because of the often intense levels of insanity he brings to his performances, so I decided to make Cage my second stop on this MISCELLANY tour. Plus, the band’s debut EP is named Saint Nicolas, and that seemed like made-to-order listening on a Christmas Eve.

Once again, I didn’t stop at one song. The band’s debut EP, Saint Nicolas, consists of three whirlwind tracks, and they’ll run roughshod through your skull before you know what hits you. Cage do indeed throw open the floodgates to explosive insanity, but they will also throw you off-guard with sludgy, down-tempo headbangers and hardcore-influenced shit-kickers. So much happens in less than six minutes, I guarantee you will not be bored, and if you’re like me the first thing you’ll want to do at the end is start at the beginning again. 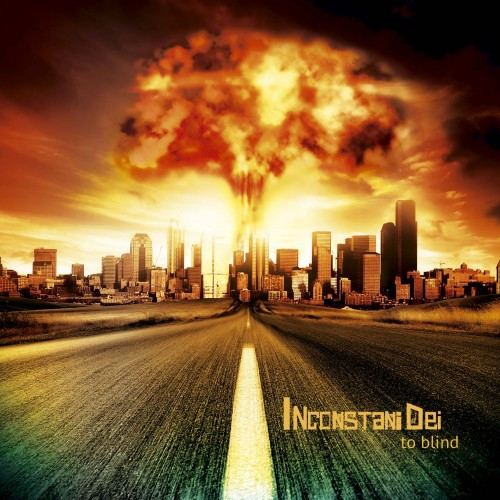 I learned about this three-man Russian outfit through a recent e-mail from one of its members. We get e-mails from bands or their supporters every day, and although I try to acknowledge them and check out at least some of their music, I’ve gotten very bad about doing that. It just happened that I spent some of Christmas Eve trying to catch up after listening to Saint Nicolas, and I randomly decided to make the first three e-mail solicitations into the next three moves in this MISCELLANY game.

Inconstani Dei have created a debut single. It consists of three versions of the same song, which is named “to blind”. And yes, I busted my rules and listened to all three songs. The main version of “to blind” is difficult to describe. I suppose you could say it’s an atmospheric melding of sludge and post-rock, with somewhat off-kilter smoke-abraded vocals. What made the song so affecting to me were the wonderful lead guitar lines and the catchiness of the bleak melody. “to blind” has gotten itself pretty well stuck in my head.

Inconstani Dei’s three-track debut single can be downloaded at Bandcamp for the price of $paywhatyouwant. I haven’t found any social media pages for the band. 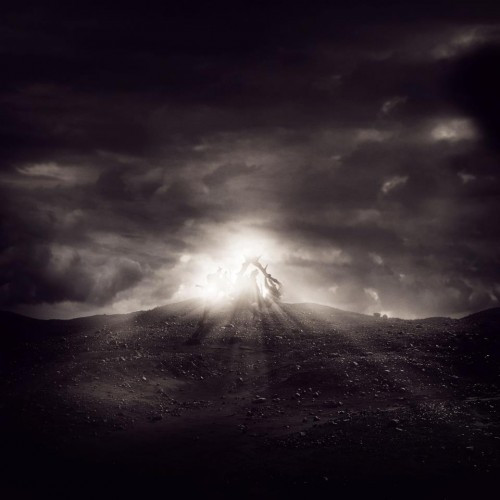 As explained above, I discovered this Swiss band through an e-mail, which in this case arrived from a PR agent. I had already decided to make the first three band-oriented e-mails I saw into candidates for this MISCELLANY post, but I think I would have dived into this new release anyway because I was enthralled by the cover art (created by Dehn Sora).

I learned from the e-mail that Cortez have been around since 2001, with previous releases to their credit. They’ve now finished a new album entitled Phoebus that will be released as a double LP on January 31 by Throatruiner Records (with CD releases coming from Basement Apes & Lost Pilgrims). Throatruiner has made a Bandcamp page for the album, on which two tracks are now streaming — “Au-Delà Des Flots” and “L’Autre Estime“. I listened to both of them.

The first song head-faked me at the beginning into thinking the music would be a chaotic kind of industrialized noise. It retained a chaotic edge, particularly in the throat-bursting hardcore vocal style and the jolting, off-beat dissonance of the guitars and drums. But despite the jarring atmosphere of the song, it exerts a powerful hypnotic hold on the senses.

The second track is a swarming slugger, landing body blows at will while it snaps your head with a pulsing/winding guitar melody. Very nice! 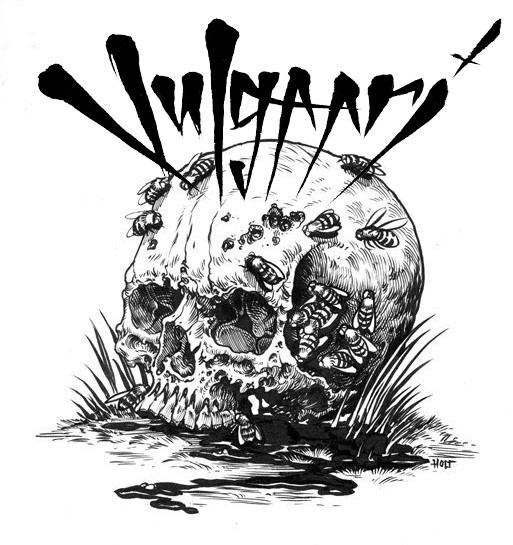 My last stop on this MISCELLANY tour came via the third of those e-mails I randomly checked out on Christmas Eve. This one came from a new Hawaii-based metal/punk label named Cubo de Sangre, and the Vulgaari album will be their first release.

Vulgaari are essentially a two-man band, and although “vulgaari” is apparently the Finnish word for “vulgar”, these dudes are based in Minneapolis. Their debut album is self-titled and was originally self-released via Bandcamp. In fact, I searched my e-mail and discovered that the band had written us about the album back in February. I must have overlooked the e-mail or failed to give the music a proper listen, because what I found on Christmas Eve sure as fuck got my attention.

This release is the only album-length music I checked out for this installment of MISCELLANY, so this time I didn’t listen to every song, instead limiting myself to the first two tracks — “A World Created” and “Battlestag“.

Based on those two songs, I will say this: Vulgaari bring down mountain-sized blasts of ultra-sludgy, catastrophic doom, riven by flashes of swirling melodic guitar melodies that echo off the collapsing granite walls. Listening is like an ethereal journey through space-time at the final implosion of the cosmos. It’s massively heavy stuff, but it’s a narcotic head-trip at the same time.

I’m really surprised I haven’t heard more about this album in doom circles before, because it sounds very promising. It’s available for digital download now on Bandcamp, as well as via Cubo de Sangre at the link provided above.