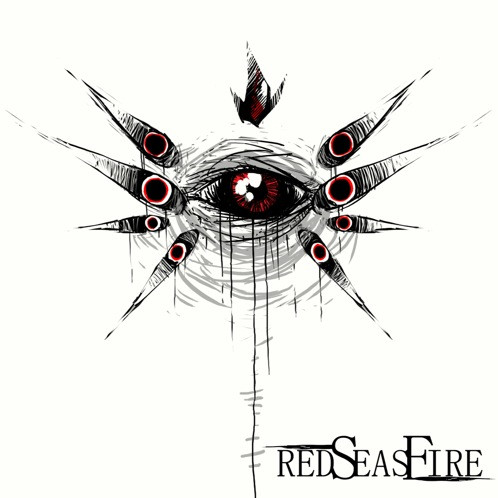 (TheMadIsraeli brings us this review of a new, free EP by Red Seas Fire.)

Red Seas Fire is the baby of Adam “Nolly” Getgood, a guitarist who was quite significant in the early development of the djent scene, trading ideas with other djent giants such as Misha Mansoor or Acle Kahney back in the days when they were just posting random shit on soundclick pages.  It’s been hard for him to be able to reach the point where he could finally produce a professional, totally put-together product to offer to the public, but now we finally have it in Red Seas Fire’s self-titled debut EP.

The EP begins with an instrumental intro that lulls the listener. It’s a bit of ambience, nothing special — that is, until “Epinephrine” comes crashing through your speakers with mammoth, down-tuned grooving assaults and crushes your balls with a sledgehammer.  From this beginning, however, it’s obvious that Red Seas Fire aren’t really a djent project anymore.

Yes, there is a metallic guitar tone and a heavy use of syncopated groove and polyrhythmic attack, but the music has far more in common with Scar Symmetry or Fear Factory then it does Meshuggah or CiLiCe.  The chorus of “Epinephrine” speaks far more of modern melodeath than it does anything else, and the riffs otherwise feel more like something that courses through the veins of brutal industrial metal.  The particular choice of electronic and industrial tones and noises throughout this song cements this impression even further to me. (more after the jump . . .) 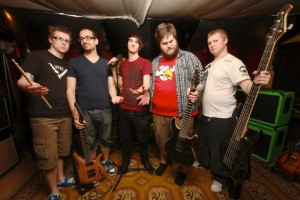 Everyone involved in this project-now-turned-band knows how to bring it.  Robin Adams is a terrific vocalist, contributing a very melodeath-like voice to the mix, with complimentary clean vocals to match.  When he busts out the cleans, he has a real knack for interesting vocal melodies; the dude isn’t just singing with the key, as it were.  Peter “PeteyG” Graves on guitar, bassist Leo Dorzs, and drummer Sam Gates are all tight and cohesive.  This band is so in-the-pocket, it’s ludicrous and yet is it’s so smoothly accomplished as to be almost unnoticeable.

Tracks like “Timeframes” and “The Recovery” are grooving polyrhythmic sledgehammers with proggy choruses, utilizing odd melodic progressions to create infectious soundscapes that stick in your head.  More intense tracks intent on beating you into submission exist on this EP, however.  Songs like “Cipher” and “Skye” are in that category, but one of my favorite songs is definitely “Turbulence” — with its brutal, weighty grooves, an extremely eerie ambient verse, an uplifting powerful chorus, some cool breakdown action, and a clean outro that resonates with apprehension and a sense of something impending.

The kicker?  Res Seas Fire is offering this killer EP for free.  Pick this up and give them support.  You won’t be disappointed.  We’re putting their Soundcloud player right here, but you can go to their Soundcloud page via this link and find the download link there. You can find them at Facebook here.