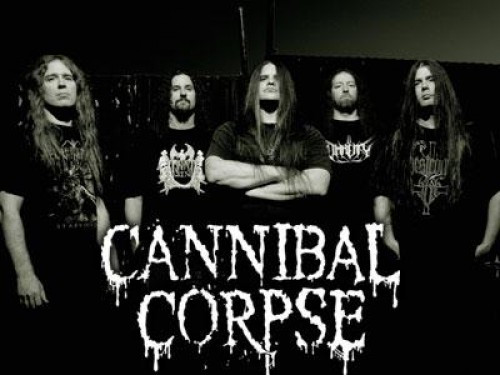 I don’t think I have to do anything but excerpt these quotes from the Metal Blade press release. It was enough for me.

Cannibal Corpse has begun recording their twelfth studio album at Sonic Ranch studios in Texas with producer Erik Rutan. The band has spent months writing the album and has recorded at Sonic Ranch in the past, but never with Rutan at the helm. More details on the album, including art, songs, title and more will be revealed in the months to follow. For now, the band is hard at work forging their next death metal offering.

Erik Rutan worked with Cannibal Corpse for both Kill (2006) and Evisceration Plague (2009) and is returning for a third time. Rutan explains further: “I am super excited to work with Cannibal Corpse for our 3rd album together. We are determined to make the best album we possibly can. Everyone is very focused and the new material is awesome. There is a great blend of classic, old school CC with a newer, more heavy, dynamic and aggressive approach. I look forward to the challenge of making one heavy as hell record!”

We’re only a few weeks away from the official September 27 release of Mastodon’s new album, Hunter. Over the long weekend, the band released the third track from the album for public consumption. It’s called “Spectrelight”, and this is it: 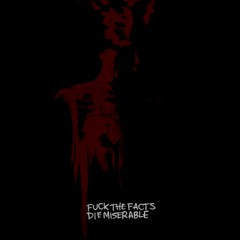 Ottawa, Canada’s Fuck the Facts have a new album coming, too. They don’t sound like Mastodon. They sound like you with your hand caught in a running garbage disposal, except with rhythm.

I kid, they don’t really sound like that. Well, maybe a little. They do sound like something really extreme was happening to the band members in the studio, and it involved blood, flying chunks of flesh, and a flamethrower.

A new song (“A Coward’s Existence”) from that new album (Die Miserable) is now streaming at the Fuck the Facts Bandcamp page. The album will be released on October 11 by Relapse. I’ve only heard this one new song so far, and it’s mighty good. It starts with a blast of grind, but something else happens, too. Something I won’t spoil. Here’s all the mayhem collected in one place: 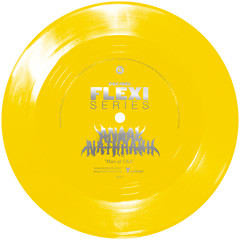 We do love our Anaal Nathrakh around here. Just how much we love them is about to be tested.

Subscribers of DECIBEL magazine know that in every recent issue there’s been a Flexi-Disc containing a song. I subscribe to that magazine, but I have no turntable, so I generally just sit and imagine what the music might sound like until it goes up on YouTube or some such place.

I’m really going to have trouble imagining the sound of the next Flexi, because it will be Anaal Nathrakh covering a song called “Man at C&A” by a ska band called The Specials who were popular in the 80’s. I actually used to like The Specials, though it’s been so long ago that I listened to their music that the passage of time must be measured in terms of geologic epochs.

But I’m having real serious difficulty getting my mind around the concept of an Anaal Nathrakh cover of “Man at C&A”. On the other hand, I can’t fucken wait to hear it. Subscribe to Decibel by 9 a.m. EST on Thursday and that will ensure that your first issue is the one that includes this Flexi — or so DECIBEL tells us. 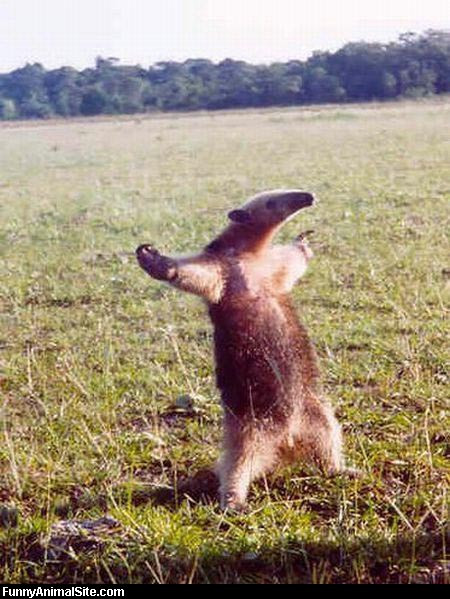 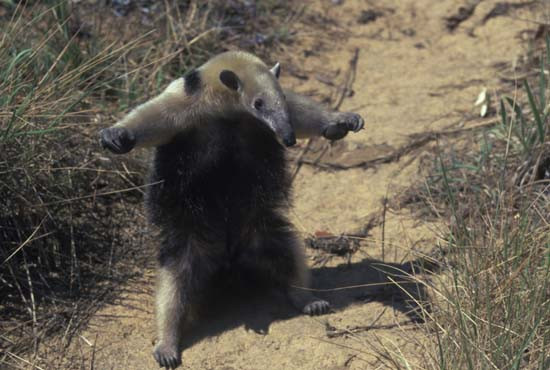 Whut?  You thought only humans visited this site? Fuck no.

And don’t be a species bigot. Anteaters need full-frontal stroking material, too.

33 Responses to “IN THE NEWS AND IN THE EARS: CANNIBAL CORPSE, MASTODON, FUCK THE FACTS, AND ANAAL NATHRAKH”