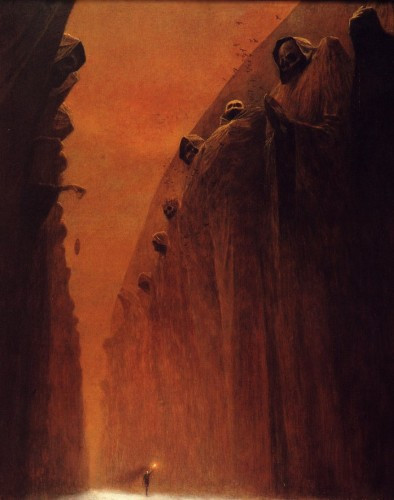 (In this guest post, NCS supporter Kazz lights the way through his list of the Top 40 metal albums of 2012, with selected commentary.)

This is a top 40. But instead of just writing some stuff about the top 10 (or, frighteningly, all 40) I just picked out a few releases that I felt were under the radar and needed to have some more words on the internet about them (except for my number one pick, which I couldn’t resist adding my 2 cents on). I’ll start at 25 because all the albums I wanted to write about are in that portion. 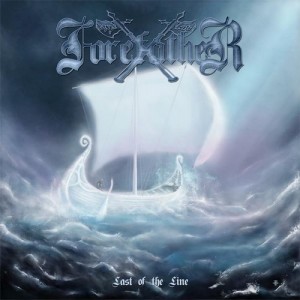 Forefather isn’t reinventing the wheel here, but they’re playing a style that they’ve been one of the leaders in for over ten years. Their melodic/epic take on Viking/folk metal is full of memorable and stirring hooks. Vocals alternate between competent rasps and soaring cleans while keyboards add some texture to their driving Anglo-Saxon anthems.

19.  Witch Mountain– Cauldron of the Wild 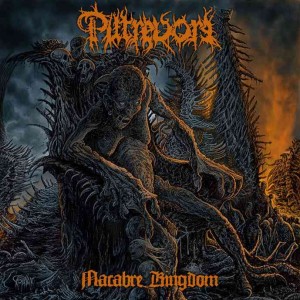 Evil! This album is an audio representation of some sort of hellbeast. It combines, in the best way, the sort of death metal that’s creepy and haunting with the kind that will totally flatten anything in its path. Dave Rotten, also of Avulsed, provides growls cavernous enough to match the smothering atmosphere. In a year with a lot of good OSDM, Putrevore stands out as the most punishing, vile experience in the lot.

13.  De Profundis– The Emptiness Within

11.  Dawnbringer– Into the Lair of the Sun God 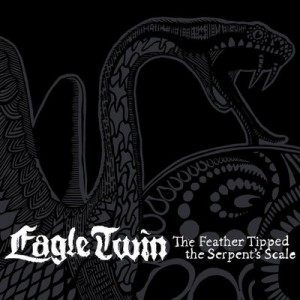 I had a feeling I was really gonna like this album as soon as the first track started off with Tuvan throat singing. It soon kicks into a swampy mash of fuzzy guitars, crashing cymbals, and pained, gravelly vocals. Eagle Twin knows how to craft a devious atmosphere, but they don’t neglect the riffs, which are at times groovy and often bring some drone/doom-y elements to their filth party. Apparently, the album tells the story of crows that did battle with the sun and were burnt in the process. Then, when they returned to earth they were forced to transform into snakes. I’m not usually one for paying attention to lyrics, but the band conveys the story sonically also, whether it’s the tortured, gnashing clamor during the crows’ transformation or the slithering guitar lines at the start of “Snake Hymn”. Eagle Twin makes you feel it, making this one of the most intense releases in any genre this year. 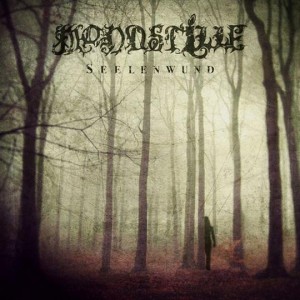 I was lucky to stumble across Mondstille a few months before their second full length was released in February. These Austrians play depressive/emotional black metal with a plethora of driving riffs and melodies and, most notably, beautiful violin. The violin is woven in with the guitars perfectly, and they take turns carrying the songs. The compositions themselves are sometimes sorrowful, sometimes uplifting, and always wonderfully emotive. In my opinion, the most unjustly overlooked album of the year. 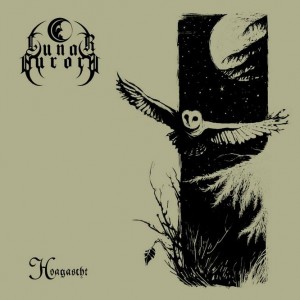 I’m not sure how many people are aware of this band. It seems to me like they are/were pretty well known to a certain group of underground BM fans, but in my first half decade as a metal fan I hadn’t heard a peep about them. They recently split up, and that’s a shame because this album is goddamn beautiful. While it’s got all the cvlt cred an atmospheric black metal release would need, I feel like I could also play it for members of my family without them recoiling in horror. The vocals are buried amidst fuzzy guitars and dutifully-used folk elements and keyboards, making for an altogether gloomy but enveloping experience.

It’s not enough that the music on this album just rips. The riffs hit like a ton of bricks while being easily memorable, energetic and varied. The drumming is furious. Based on that alone, this could be a special album, but Cattle Decapitation didn’t stop there. Travis Ryan turns in the vocal performance of the year, basically inventing a new vocal style that immediately gives the album a “what the hell was that?!” characteristic. You’ve probably already heard at least parts of this album by now. If not, remedy that. This is a bona fide classic.

29.  Lashblood– Philosophy of Self-Flagellation: Being and Nothing

28.  Desaster– The Arts of Destruction

8 Responses to “THE 40 BEST METAL ALBUMS I HEARD BEFORE DECEMBER 15: A LIST BY KAZZ”