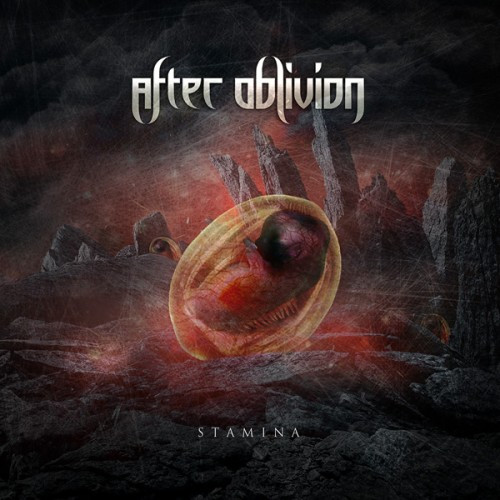 (In this post TheMadIsraeli reviews the 2012 debut of a band from Bosnia and Herzegovina named After Oblivion.)

You know what’s overrated in metal?  Diversity.  Sometimes you just need a straight IV of PCP jolted into your neck to send you into a convulsive fit of headbanging fury.  What does this review have to do with diversity?, I know you are asking.

Well, After Oblivion’s debut Stamina is aptly named.  It’s a torrent of fierce technical thrash metal reminiscent of legends such as Coroner or Anacrusis with some nice scathing Schuldiner-worship vocals to taste.  Every song is in the same key, uses the same scales on the guitar front, and I think all are even at the same fucking tempo BUT I GIVE NO FUCKS.  This is a balls-to-the-wall assault of technical melodic riffage with paint-stripping screeches.  I’m reviewing this album late in the year, very late (oh wait! it’s the new year!), as it came out back in October, but I just wanted to get in a quick word about these guys.

The opener “Deliverance” will pretty much tell you everything you need to know about this band.  This is a precision strike so deadly and refined you’ll feel like you’re in the heyday of technical thrash and death metal in the 80’s.  This effect is especially helped by the album’s production, which is crisp, clean, yet still has an old school punch and ghetto quality to it.  I especially love the drum tone.

I have a feeling that these guys will turn out to be a killer band as they go on. I’m going to chalk up the samey-yet-equally-awesome aspect of the songs to the band simply fleshing out their template (which by their own testimony, is basically latter-era Death mixed with Coroner-style technical thrash).  The riffs are all catchy, yet feral, and the guitar playing is deliciously tight, as is this whole band.

If you want to feel like you’re being smitten by the Gods, like you’re being fucked to oblivion by all the elements of the earth, introduce yourself to these thirty-nine minutes of trial by fire.  I don’t think any of you will regret doing so.

EDITOR’S NOTE: Stamina is a 9-track album that’s available for order from After Oblivion via the Bandcamp link below. The band are also streaming three of the tracks on Bandcamp, and we’ve embedded that player below, with one more via YouTube after that.  You can connect with After Oblivion on Facebook via this link.

4 Responses to “AFTER OBLIVION: “STAMINA””