Yesterday I posted two catch-up features in an effort to spread the word about new music and news I came across over the long holiday weekend. But two really wasn’t enough. So, here’s a third.

The revival of old school death metal marches on.  In this instance, the purveyors are not newcomers mimicking the style, but people who were doing this when the old school was young.

Sorcery are a Swedish band who originally came together in the late 80s. By 1991 they had recorded an assortment of demos and one full-length album (Bloodchilling Tales), and then dissolved. Their revival began in 2009 with the recording of a new demo (followed by a second in 2012), and now they’re on the verge of releasing a new album — Arrival At Six — on the Xtreem Music label (release date: Jan 15). Of course, it was recorded at Sunlight Studios, by Tomas Skogsberg. And as you can see, it features completely killer cover art by Daniel Devilish.

Thanks to a tip from Utmu, yesterday I listened to the first single from the album, “Warbringer”.

I have to remind you that I’m the sort of fan who will never get tired of this authentic brand of old school Swedish death metal. With that caveat, “Warbringer” is simply delicious. It’s a phalanx of smoking chainsaws rumbling down the rails of a hell train with a cadre of howling ghouls along for the ride. It’s a narcotic headbanger’s cocktail that goes down mighty easy. I’m ready for a refill now, but will wait impatiently for January 15. 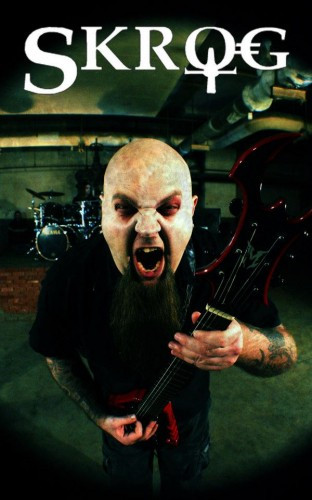 It didn’t take long for the first zombie music video of 2013 to be unveiled. There will, of course, be more, because you can never have too many zombies and they can never have enough of you, amirite? Of course I am.

Minnesota’s Skrog specialize in “militant industrial metal”. They have a new album named The Global Elite that’s due for release by Goomba Music on March 25 in the UK, Europe, Australia, and elsewhere, and on April 26 in North America. Today brought us the premiere of their video for “Dark Metamorphosis”, a song from that album. 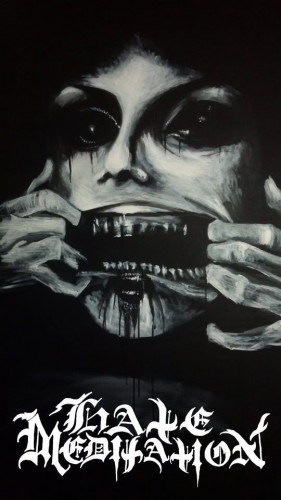 Hate Meditation is a side project originally created by Nachtmystium’s Blake Judd “as an homage to bestial black / death metal bands such as Beherit, Von, Profanatica and Blasphemy“. After recording a three-track demo (Condemned To Death), the band became dormant. However, last year Judd revived it with a new line-up that includes Wrest (Leviathan), Sam Shroyer (Vitandus), and Job Bos. They’ve been working on a self-titled debut album that will be released by Indie Recordings in early 2013.

Over the holiday weekend, Judd began streaming the album’s unfinished and untitled opening track. Though it’s incomplete and lacks vocals, the music sounds interesting and quite different from both Judd’s other projects and those bands that inspired Hate Meditation’s genesis.  The music is melodic black metal with an air of interstellar atmospherics, and it’s interesting enough to make this album one we’ll be looking for.

3 Responses to “SEEN AND HEARD: SORCERY, SKROG, AND HATE MEDITATION”