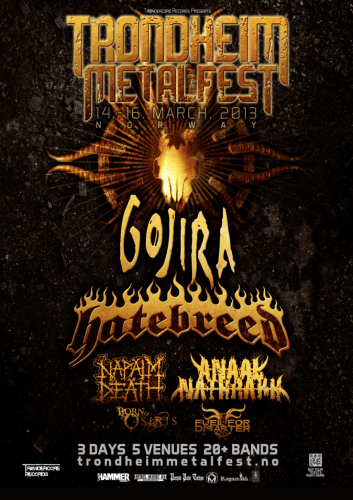 Here are just a few items I spotted over the last 24 hours that interested me. Mayhaps they will interest you, too. I may have more later.

I do a pretty half-assed job reporting about European festivals and tours. Actually, it’s more like quarter-assed. Or maybe eighth-assed. I do a somewhat better job when it comes to North American tours and fests — at least those that interest me — because I’m a resident of the continent and so are a bare majority of NCS readers. But the forthcoming Trondheim Metal Fest did catch my eye, because . . . look at that line-up!

Of course, there’s no chance I will be in Trondheim, Norway, on March 14-16, 2012, unless Seattle’s tech geeks finally perfect teleporter technology in time. Also, I think I’d rather see them experiment first with melons instead of me. Melons to Trondheim!!

Where was I?  Oh yeah, Gojira, Napalm Death, and Anaal Nathrakh on the same bill is pretty fuckin’ strong. And there will be approximately 17 other bands performing as well, including those other three headliners whose names you see on the above flyer. You can get more details via the following links: 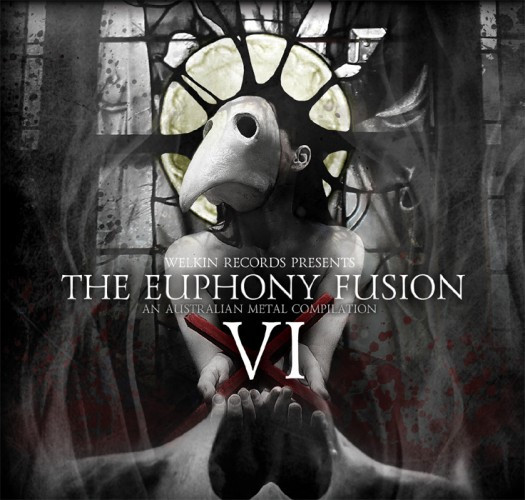 The comp includes two CDs’ worth of music — 24 tracks in all. Notably, it includes songs from the likes of Ne Obliviscaris (“Xenoflux”), Be’lakor (“Remnants”), Myraeth (“Monarch”), Gods of Eden (“Gods of Eden”), and Kunvuk (“Teeth Swallower”), all of whom are bands we’ve featured or reviewed at NCS. With groups like that included in this comp, it stands to reason that it will include other music worth discovering.

There is a catch. Isn’t there always? You have to be on Facebook and you have to like THIS PAGE in order to get a download link sent to your e-mail address. 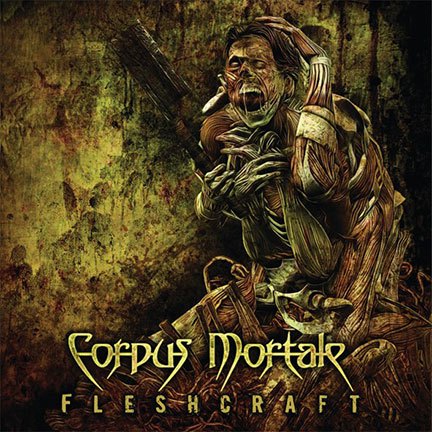 Now for some music. Corpus Mortale are a Danish death metal band who have a new album due for release tomorrow (January 8) on Deepsend Records. The album’s name is FleshCraft. I’m not familiar with Corpus Mortale’s previous work (their last album came about five years ago), but this morning, in an act of random impulsiveness following receipt of a promo copy of FleshCraft, I decided to see if any new music was streaming anywhere on the web.

What I found was a song called “Love Lies Bleeding”, and I quite enjoyed it. Any song that begins with a bass solo is halfway home in my book. But that’s not the only reason to dig this track. Other reasons include a package of skull-smacking, piston-driven riffs that will get you moving; deep, hollow, bestial vocals; and a nice gear-shifting acceleration into blistering death/thrash territory before the song ends. Very nice. Give it a listen below.