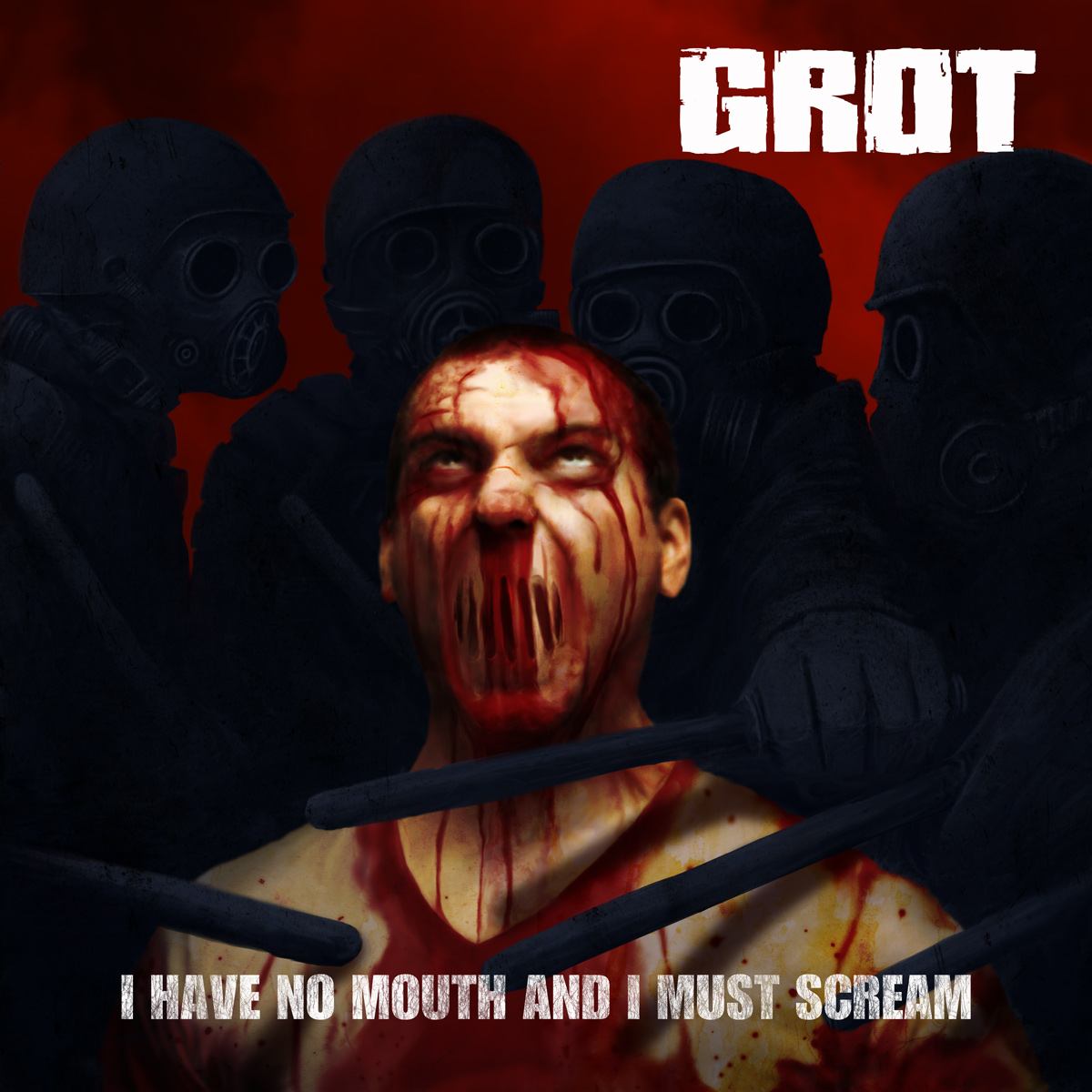 I Have No Mouth and I Must Scream is a no-bullshit collection of very mid-90’s deathy grime and venom.  The EP, at least as we have it, consists of five original songs and two covers (Napalm Death’s “Unchallenged Hate” and Misery Index’s “Pulling out the Nails”, though the Misery Index cover doesn’t come on the physical copies) that provide an immensely satisfying morsel of brutality and energy.  This band also has a shitton of meat, in the sense that their riffs, their grooves, their sections of chaotically fast double-bass saturation and grinds all have a massiveness to them that feels like a tonnage of toxic waste spill being shoved down your throat.

The EP stream is below; I’ll be surprised if this doesn’t immensely please the general audience of this site with brutality boners.  Thankfully, GROT are a bunch of badass dudes and have allowed us to host this for download.  If you want the physical, you can go get it at their Bandcamp page via the link below.  The download includes not only that Misery Index cover, which doesn’t come on the physicals, but also the eye-catching album art.

3 Responses to “GROT: “I HAVE NO MOUTH AND I MUST SCREAM””