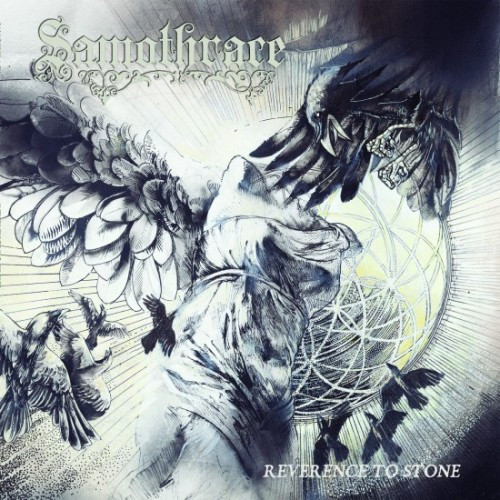 (For the second year in a row, our colleague MaxR — the proprietor of the Metal Bandcamp blog — makes another welcome guest appearance at NCS with this year-end feature on his Top 10 Metal Bandcamp doom favorites.)

10 tracks in no particular order. 2 hours 56 minutes and 50 seconds of music. Enjoy.

1. Samothrace – “A Horse Of Our Own”. Sludge infused doom with unhinged vocals and beautiful psychedelic guitar leads. Like flying through a mountain range, soaring above the peaks, and diving into the valleys.

2. The Howling Void – “Lightless Depths”. Pure funeral doom, all about the atmosphere. Lie down, close your eyes, and imagine yourself lying on the bottom of the ocean. Crushed by the vast ocean above you, alone in the lightless depths.

3. Inverloch – “Shadows of the Flame”. Death/doom, vicious and haunting like the best of the two genres. To paraphrase Natalie Zed, it creates the image of a bleak, blasted landscape, with molten lava bubbling up between the tombstones.

4. Hell – “Mourn”. Sludgy, droning, and very blackened doom. Beautiful clean guitar builds tension, and explodes in tremolo picking and harrowing screams. Like a crazed monk screaming in hatred and torment at the gods that have abandoned him.

5. Daylight Dies – “Holding On To Nothing”. Somewhere between melodic death metal and doom. The growling is gritty and full-throated, the guitar harmonies sound like accordions, and the closing solo is stunning. Catchy feel-bad music.

6. Amarok – “Deserted”. Slow, dirgy, yet dynamic doom. The riffs are chunky and heavy as fuck, and the guitar harmonies wonderfully noisy. The combination of screams and growls sounds like two devils having an argument in the abyss.

7. Velnias – “Velnio Maldavimas / Grandeur’s Desolation”. A mix of black metal, doom, and folk metal. Velnias is a figure of ancient Baltic mythology, the bestial god of the natural world. Fittingly, the music is raw and primal, as though played outside by the light of lit torches.

8. Aldebaran – “Forever In The Dream Of Death”. Funeral doom, not about crushing heaviness, but textures, subtle tempo changes, and intricate guitar interplay; the heavier passages sound like they are painting with washes of distortion. Aldebaran, the brightest star, the darkest music.

10. Ea – “Ea”. Monolithic funeral doom, which ever so slowly moves through parts with low-tuned riffs, melancholic leads, and hypnotic clean guitar chords. Darkly textured by keyboards, church organ, choral vocals, and plucked strings, and infrequently visited by death growls and harsh screams. The soundtrack to the dying days of a vast, ancient civilization.