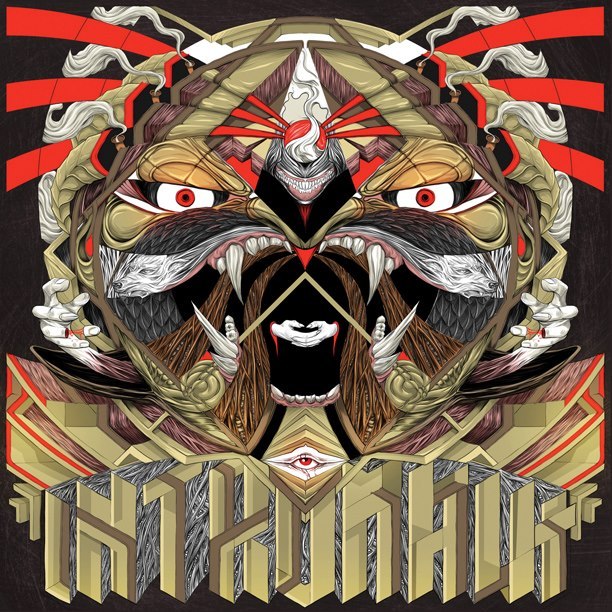 Certain kinds of sensory phenomena send a rush of blood to certain parts of the male and female anatomy, just as other phenomena seem to suck all the blood right out of those same anatomical features. The artwork for Intronaut’s new single, “Milk Leg”, produces the former effect in yours truly — and do forgive me if that’s too much information.

This post is way past the time when I stop plastering the site with daily blather, but I couldn’t resist adding this, because I like the art very much. The song “Milk Leg” will become available digitally on February 5, and it will appear on Intronaut’s new album Habitual Levitations (Instilling Words With Tones), which is due for release on March 19 in North America and March 18 in Europe.

Is the song worth a shit? I have no idea, nor do I yet have any idea whether the rest of the album will produce a stiffening effect comparable to that of the eye-catching album art. I do indeed hope that “Milk Leg” will also produce a third-leg effect.

I only have this one additional comment: I wish that when record labels reveal artwork for albums, EPs, or singles, they would identify the artist. We may be primarily after the music, but if the artwork alone is worth spreading — as this clearly  is — then please give credit where credit is due.

And in other Intronaut news, I would remind US residents that they are on tour with Meshuggah and Animals As Leaders, and that the dates can be found here: