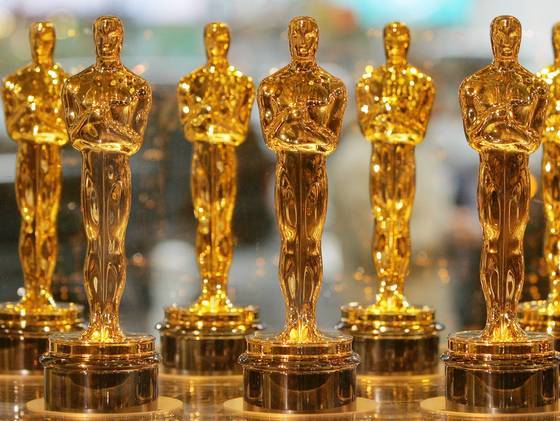 Briefly departing from our usual focus on metal, I thought I’d mention that the nominations for the 85th annual Academy Awards were announced this morning by actress Emma Stone and Oscars show host Seth MacFarlane. As usual, many of the the nominations were predictable and expected and some weren’t. And once again, there were omissions that will get many movie fans riled up and pissed off.

Surprisingly, Life of Pi picked up a whopping 11 nominations, including best picture, best director for Ang Lee, best adapted screenplay, and a shitload of technical nominations.

The best actress nominations included both the youngest and the oldest nominees in the history of the category: 9-year-old Quvenzhane Wallis for Beasts of the Southern Wild” (she was 5 years old when the movie was filmed) and 85-year-old Emmanuelle Riva for the Austrian drama Amour. The other nominees are Jessica Chastain for Zero Dark Thirty, Jennifer Lawrence for Silver Linings Playbook, and Naomi Watts for The Impossible.

As mentioned, Daniel Day-Lewis picked up a predictable best actor nomination for Lincoln, but so did Hugh Jackman for Les Miserables, Bradley Cooper for Silver Linings Playbook, Joaquin Phoenix for The Master, and Denzel Washington for Flight. Now for a few oversights . . .

Although The Master picked up three top acting nominations, the movie wasn’t included in the best picture nominees despite the fact that the Academy could have nominated 10 and only nominated 9 films for the top honors, and Paul Thomas Anderson doesn’t appear among the best director nominees.

Ben Affleck (Argo) was also omitted from the best director list as was Kathryn Bigelow (Zero Dark Thirty), despite the fact that their films are nominated for best picture.

Django Unchained is on the best picture list, but neither Leonardo DiCaprio nor Samuel L. Jackson got any kind of acting nomination (though Christoph Waltz did).

Well, I’ll stop there and just go straight to the list of nominations in the top categories. What do you think of these?

13 Responses to “LET THE FLAME WARS BEGIN: THE OSCAR NOMINATIONS ARE OUT”