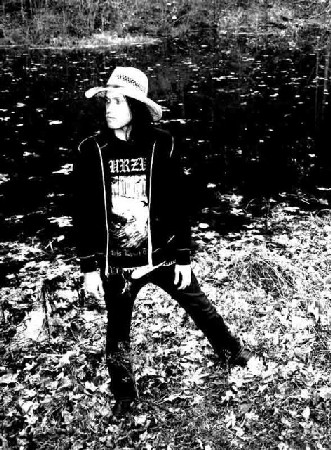 (In this 31st edition of THE SYNN REPORT, Andy Synn reviews the discography of a band from Georgia named Lilitu.)

Something of a mysterious and fluctuating entity, over the years the gothically-inclined melodic black/death metallers of Lilitu have gone from relative obscurity, to underground acclaim, to the cusp of mainstream (at least in metal circles) attention, and then right back again.

The brainchild of one Henry Derek Bonner, the band has gone through numerous line-up changes since its inception (including, in one of its most recent incarnations, current Arsis bassist Noah Martin), as well as steadily transfiguring its sonic identity from a more earthen, doomy sound, tinged with blackened melancholy, through a more progressive, gothically-influenced approach, to its final form of focussed, melodic death metal dynamism.

An entire album entitled White Nights In A Day Room, Black Sun In The Daytime was shelved around 2006, and the last known communication from the band confirmed that the group had become a two-piece — with all musical and vocal duties being shared by Bonner and his new partner in crime Justin Blake Stubbs — and that they would be taking their sound back towards its roots, with a darker, more primordial sound, with a more potent black metal influence, something which had steadily been pared back over the years. 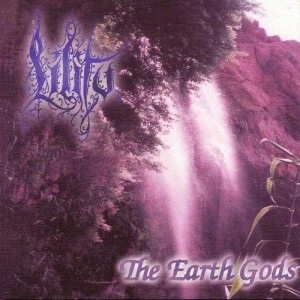 A little rough around the edges, the group’s debut full-length still captures lightning in a bottle, every note rippling with life and urgency. “Introduction – The Seventh Aeon” gets the album off to a stately, majestic start, with its swirling keys and plaintive clean vocals, before transitioning into a doomier, heavier sound of crashing guitars and bristling, barked lyrics. Bit by bit, sparse droplets of acoustic melody leave fascinating ripples behind, spreading out over time to insinuate themselves beneath the track’s metallic skin.

A heavier and more forceful proposition, “Firmament” has more than a touch of early Green Carnation to it, all harder-edged guitars and swirling keyboard lines. It transforms into a blazing piece of blackened angst and animosity, accented by a sequence of shimmering keys, moving into the punchy, hammering, yet melodic verses. The interplay between soothing croons and scalding screams shifts back and forth, particularly during the proggy, ambient romanticism of the song’s mid-section, where Bonner’s melodic and (melo)dramatic clean vocals are given centre stage, before it all culminates in one final resurrection of its earlier blackened muscularity.

The folk-tinged, black metal stylings of “To Burn Before The Sun” have a Drudkh-esque natural spontaneity to them, offset by moments of pure gothic grace. The song’s lengthy piano interlude is a stroke of minimalistic brilliance, and provides the perfect calm before the subsequent storm of brooding, doom-laden guitars and vitriolic screams. It ends with a back-and-forth, give-and-take of moody atmospherics and defiantly melodic up-tempo guitar lines, which provide an unexpected, yet extremely satisfying conclusion.

While “Rise And Fall” is another track of gothic glamour, its dark romanticism and soaring keys backed by a restrained display of sharp, metallic guitar lines and fire-spitting harsh vocals, the true jewel in the album’s crown is the 11-minute epic “The Earth We Shall Inherit”, which breathes and sighs like a windswept elegy. Its intimate, expressive acoustic guitars eventually shift into a powerful mid-paced gallop of electric menace, bursting at the seams with sharp hooks and hypnotic melodies. The punchy riff work is delivered with an unfaltering intensity and a sharp-eyed gleam of intelligence, knowing just when to transition its approach from aggressive to artistic, allowing clever splashes of clean-vocalled colour to paint a captivating melodic swathe.

The album as a whole is a distinctive melding of melodic death metal dynamics, blackened venom and gothic beauty, in a true triumph of artistry over adversity.

Recommended song: “To Burn Before The Sun” 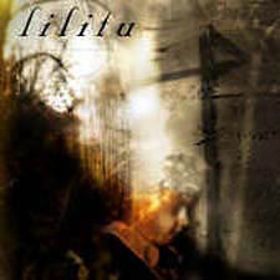 The step-up in production quality and clarity found on Lilitu’s second album is immediately noticeable as the strummed acoustic chords of “I Can Not Be Saved” blossom into a grand display of soaring lead work and rolling guitars. Languorous baritone vocals sweep the listeners off their feet before the track bursts into life with a searing torrent of winding tremolo work and furious, blasting drums. The band take some cues from Projector-era Dark Tranquillity, but utilise their more extreme sensibilities – both in terms of thrusting heaviness and shameless gothic melancholy – to forge their own direction and identity. The track’s forceful stream of thunderous drums and massive riffage is accented by periodic interjections of frail female vocals, along with a huge, sorrowful clean chorus, leading up to an epic (in both style and length) solo, from which the band move toward the weeping leads and emotive clean vocals of the outro.

“Unhallowed Be They Shame” starts off at a punchy pace, marching riffs and a sinuous solo guiding the listener toward a goth-doom verse of reverberant guitar lines, artful piano touches, and desolate clean singing. Throughout, sudden eruptions of frustrated fury push at the edges, the drums pounding away as the vocals tearing themselves asunder atop an intertwined series of shredding leads and crunchy riffs.

The band display their mastery of the melodic guitar lead on “This Is Not An Exit”, whose recurring melodic mantra ties together the song’s multiple facets, combining ringing chords, soft piano, and poetic, plaintive clean vocals with the more aggressive, metallic elements of scorching screamed vocals and sharp, incisive riffage. Particular credit must be given to the rippling drum work that anchors the track with a heavy, kick-drum-enforced backbone of power, and to the brilliantly composed guitar solos that pepper the song.

“Unwill” is another lengthy, progressive number, melding blood-stained melody with moments of enhanced extremity, distinguished by its wrenchingly emotional screams, as well as its effortlessly catchy chorus. The song’s superfluously heavy, dense outro section also provides a perfect foil for “Autumn Leaves” the frail and achingly vulnerable acoustic ballad that follows it.

The epic grandeur of the title track sees waves of sublime guitar chords crashing down with imperial force, while an arrangement of synthetic, symphonic orchestration weaves an undeniable aura of majesty. The first half of the song relies heavily on Bonner’s enigmatic clean vocals – it’s only around the half way mark, when the song metamorphoses into a more metallic beast, that the familiar throat-ripping shrieks truly come to the fore. A cool section of shadowy, ambient sound presages the track’s penultimate bars, before the impressive finale of shining keys and a virtuosic guitar solo brings the track to a close.

Progressive, gothic, and many-layered, this is an album that grows more rewarding with each listen, as you uncover new depths and clever artistic touches.

Sample song: “I Can Not Be Saved” 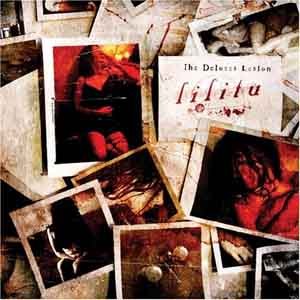 Signalling a slight shift in style, The Delores Lesion sees the band paring back their earlier, more primordial influences and modernising their sound somewhat. Though more steely, more polished, and metallic in attack, they still refuse to abandon their roots of magnificent melody and wounded, gothic romance.

The heavy, spiked riffage of “Only The End Of The World Again” gets the album off to a stunning start, its harnessed aggression and ferocious vocals accented by the ever-present keyboard atmospherics and fuelled by the combustive drumming. Short, sharp, and effective, it also includes the first of many progressive, undulating guitar solos that punctuate the album, before reaching its furious finale.

Blasting into life, offset by a haunting keyboard melody, “Even The Vultures have Moved On” continues the heavier vibe, the mid-paced gallop of bruising guitars buoyed by the ferocious pace set by the underlying drums. Not just metallically heavy, the song is heavy with hooks as well, not least during its perfectly placed clean chorus (showcasing an improved power and clarity without sacrificing the song’s energetic vibe) and its spectacular, spiralling solo.

“The Delores Lesion” starts off as a strange  piece of spoken-clean female vocals and crystalline, guitars, building up layers of heavy, heaving atmosphere before an audacious guitar lead signals the song’s true birth. A repeated melodic motif wraps itself around a sequence of angular, chugging riffage, while the vocals spit their extravagant fury with palpable pain and power. The interplay of harsh male and clean female vocals is a clever and compelling touch during each chorus, while the song’s multiple competing lead guitars battle one another for supremacy in a display of shining skill and melodic nuance. Just before its final bars the song transcends into a calm, meditative state, where its aching clean vocals stripped are bare and laid, wounded and bleeding, atop a bed of soothing bass lines and progressive, melodic guitar.

The short ambient interlude of “Ether” bridges the gap into “Follow Through”, a high-octane melodeath monster of darkly beautiful minor key melodies and attitude-drenched guitar soloing, which relies more prominently on the clean vocal side of the equation, giving space to the often-underappreciated subtleties of the band’s clever keyboard and bass work to seize the listener’s attention.

“Desolation Breeds” is a short, yet surprisingly progressive, number, which features perhaps the most pained and tortured vocal performance on the disc, Bonner really screaming his lungs raw, particularly when delivering the song’s central vocal hook.

The album concludes with the razor-edged guitars and proggy flirtations of “Fragments Of My Reflection”, its string-skipping hyper-melodic riffage and stuttering, staccato rhythm guitars propelled onwards by a stream of machine gun drumming and frenetic keys. A guilt-laden, gothic chorus of beauty and beast vocals adds another aspect to the song’s adrenalized delivery, as does its mid-section of complicated, caustic riff work and firework guitar soloing, leading to its fading, disconsolate conclusion of sweet, sorrowful piano.

If you’re looking for an album of unashamed emotion and honesty, packed with hypermelodic, electrified melodic death riffage, then this is the place to be. An absolute diamond in the rough and an undiscovered gem of an album.