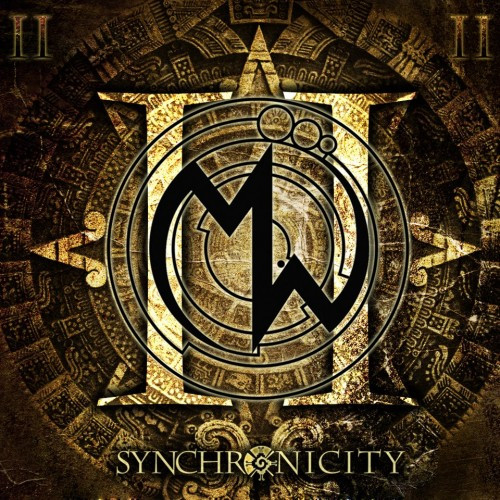 (DGR reviews the somewhat unexpected new album by Mutiny Within, which was just released a few days ago.)

I should probably just hang up my hat now, considering that even though I write for NoCleanSinging the next couple of reviews that I have in the hopper for this site consist of 80-90% clean singing. Consider yourselves warned, heavier music fans.

Mutiny Within drew something of a raw deal when it came to their debut disc. It didn’t sell all that well (and to hear the band tell it, it was pirated to hell and back), and unfortunately their label wound up letting them go after that one release. I was honestly surprised at the reception they got (some people really hated them) because I thought their debut was something very different: A good combination of the melody and singing from something like power metal and the crushing heaviness of melodic death and groove.

Afterward, it seemed like the group were basically hanging it up, so when word came out that the band had reformed and were releasing a second disc – the lengthily titled Mutiny Within 2: Synchronicity – it came as a bit of a shock. The group were now self-releasing an album after going radio silent and becoming something of a “Wow, they had a lot of potential – too bad that never worked out” story among those of us who enjoyed the first one. 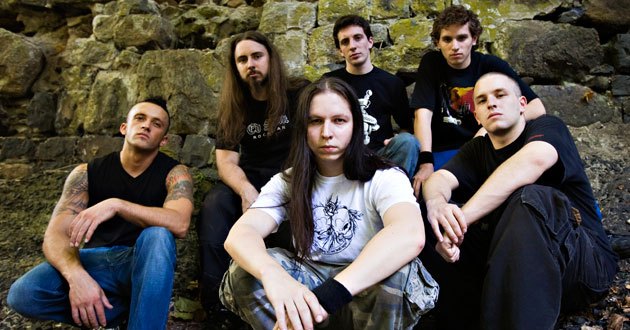 It’s exciting to see that the guys are taking another shot at it. That said, this disc came out of nowhere for me since I had figured they were done. So outside of “Embers” (which they had performed live prior to disbanding and recently made the subject of a music video) I had no idea what to expect from them this time. Mutiny Within are clearly confident in their music — enough so to reform the band — but does the music hold up to the caliber of what the group has done before? Was the music worth them coming back for — albeit in skeleton-crew form as far as this recording goes?

From the perspective of someone who enjoyed the original self-titled album, the answer to both is an easy yes. These guys are incredibly polished musicians and had been long before they were signed. The amount of good music they put out with their debut showed that the group were capable of writing a really good song, and Mutiny Within 2: Synchronicity (which I’ll henceforth be copping out and just calling Synchronicity – much to the confusion of Police fans) further shows that they can reliably do that.

The idea of them changing after being freed from the yoke and pressures of a label like Roadrunner seems pretty unfounded here, because while the band do stretch their boundaries a bit and explore different things, they stay pretty firmly in the realm of making more Mutiny Within music.

The first four songs on Synchronicity could pass as songs from the debut, which does lend the album a somewhat uneasy ‘been there – done that’ feeling, but if you enjoy what they do you can’t fault them for being consistent. The latter half tends to blur a little bit again, but there’s enough individuality between the songs that they do stick out.  There’s also plenty of material here, so you definitely have enough which which to satiate yourself if you’ve spun their first one into the ground.

When Mutiny Within do decide to experiment the results can be pretty interesting. Most of their material can be defined as heavily melodic, with very powerful chorus parts that make you think you can belt them out just as well, and Synchronicity has those in spades. Yet they do have a couple of tricks up their sleeve, too, as demonstrated by a song like “Machines”, which — outside of the Mutiny Within trademark chorus — could easily pass as a death metal song. It’s an oddball that really changes up the listening experience of Synchronicity, and you’d never think that a Mutiny Within song filled to the brim with blast beats would work, but surprisingly it does.

If you’re new to the band, though, don’t be frightened off by the fact that the album includes this really heavy song; the rest of Synchronicity still trades heavily in that weird realm of power metal fused with the type of progessive/melodic death metal that a band like Scar Symmetry also trades in. There’s a heavy emphasis on groove, but the bombast of keys and tons of guitar solos put the band in a strange spot that has made them difficult to describe, without even counting the myriad vocal styles that Chris Clancy can implement throughout a song.

He pulls from his usual slate of screams, but the guy also has an amazing voice. He has a serious range and is a heavy weapon among Mutiny Within’s varied arsenal of musicians. His singing style is also very approachable – this coming from someone who believes that a singing voice can be incredibly polarizing, so your mileage may vary.

Synchronicity also sounds great. Despite the fact that the band don’t have a label behind them, they’ve still managed to put out a disc that holds up alongside their debut – in some cases even better. I really like the way the drumming came out on this disc, as each bass hit packs such a solid boom and impact, providing a huge back-end to the band’s sound. They don’t drown anything out, but they help augment the rhythm section even more effectively than on the group’s self-titled debut. You can hear the drums with even greater clarity, and you can really feel it when the drums start to follow everything else (which is pretty impressive, considering some of the riffs they have to line up with) and kick into high gear.

Andrew and Brandon Jacobs are still on this disc, handling all of the guitar and bass work, and they write really good leads this time around, too. The experience lines up well with their debut disc, so you if you found yourself with a bunch of the melodies from the debut  stuck in your head, Synchronicity will deliver a similar experience — a difficult feat to pull off.

Mutiny Within haven’t stayed frozen in time since their hiatus. Synchronicity shows the band kicking out more of what you might expect based on their debut, but the band have also modernized and experimented with different fusions of their sound enough to prevent Synchronicity from just becoming, “Here’s another batch of songs” that only pre-existing fans of the band will eat up. It’s another high-quality bit of melodic metal that will continue to confound those of us who try to pin them down.

Since Mutiny Within are only asking for $9.99 on Bandcamp, it’s a good deal, and you’ll get the chance to stream the whole thing before deciding to jump on it. They have found themselves a solid niche with this album, and they rest near the top of it in terms of quality. Outside of “Machines” (the only odd one, and I really like it for how heavy it is), you get eleven powerful songs backed by great writing. If you’ve been looking for something to sing along to, Synchronicity could easily scratch that itch.