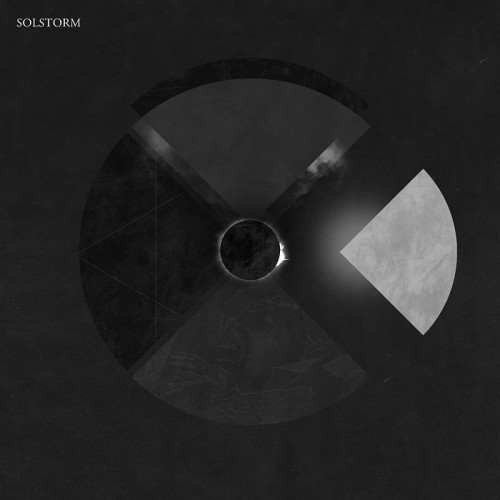 Let me start this off with a little story…

As some of you know I’m in a couple of bands (Bloodguard, and Twilight’s Embrace). Now both bands have fans who interact with us on a pretty regular basis, liking statuses, commenting, etc. Just generally getting involved. One gentleman who pops up on the Bloodguard page on and off is a fellow named Mads Lilletvedt.

Recognise that name? I didn’t at first, but something about it bugged me enough to check who it was, and lo and behold, Mads Lilletvedt is only the drummer from bleeding Hellish Outcast! But that’s not all. I also found out he’s in a couple of other bands, one of which in particular caught my attention. That band is Solstorm.

Solstorm are the sort of band who put the “post-apocalyptic” into “post-metal”. Clearly coming from the Neurosis school of claustrophobic atmospherics, along with a heavy dose of Cult of Luna-esque bleakness and clarity, this is not the music of Armageddon – the four horsemen have long since passed by now – rather, this is the music of the aftermath. The war drums have fallen silent, the skies are scorched and dead, nothing stirs, nothing lives. 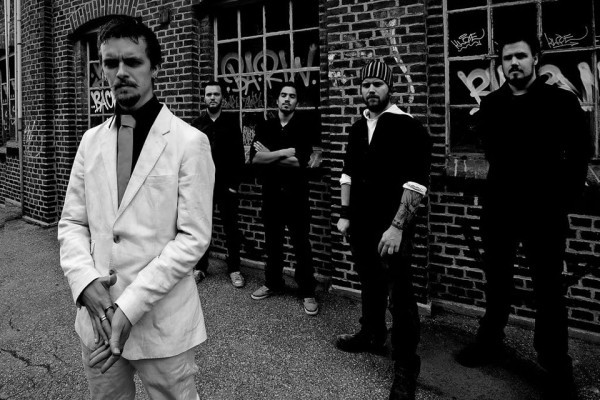 The record is bookended by two pieces of dissonant ambient noise – the brooding “The Art of Creation” opens the album, the harsh and abrasive “The Art of Destruction” closes. In between we are gifted with lengthy passages of slow-burning drama and crushing explosions of incendiary, apoplectic rage.

“The Sun Will Appear From The West” drags the listener into its corroded embrace, haunting atmospherics wrapping around the looming, monolithic guitars, ravaged vocals struggling in the cold embrace of the track’s eerie beauty. The tiniest seeds of melody struggle for survival amidst the stark and pitiless landscape of lifeless stone and rusted metal.

A more violent, storm-tossed proposition, “On This Barren Rock” has an elemental fury, delivering an avalanche of rough-hewn, dynamic aggression, furious and uncontainable, disguising an undercurrent of cold, despairing melody. 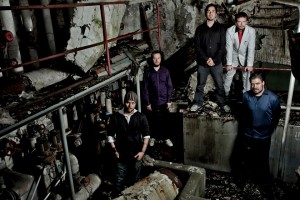 The drawn-out death-fugue of “Manhattan Mass” drags the listener deeper into this crumbling, ruined world, 11+ minutes of menacing drama and palpable, aching sorrow. The quiet and the absence strike a deep and heavy chord, dark and sonorous notes tolling with echoing clarity, always on the edge of collapse, teasing us with doomy progressions that build toward critical mass, before fading in anticlimactic bliss. When release finally comes, it is in a wholly unexpected manner, the expected eruption of sonic devastation replaced by breaking waves of glorious, unpredictable harmony and serenity.

The crushing dark matter breakdown of “The Carrington Event” pulsates with repressed, venomous rage, sledgehammers of drumming force breaking bones and shattering minds with every bludgeoning impact. The scorched-earth vocals of Jaran Hereid are a bullish yell of defiance, a furious proclamation of “I remain!” in a barren and empty world. An unexpected piece of gleaming, mesmerising melodic ambience calms and soothes the senses, before the whole thing collapses in a finale of soul-crushing metallic doom.

The trembling, tense opening of “Exhumation” indicates that the band have left the best til last, as the track coalesces into an unforgiving edifice of ravenous vocals and plunging, choking guitars, etched with broken, weather-worn strands of chilling melody and swamped by strangling vines of broken, hopeless fatalism. Through all the darkness and desolation, the destruction and devastation, there is a frail thread of beauty, a calmness and clarity that speaks of acceptance, of submission, before the inevitability of the end.

The album is the aural equivalent of Cormac McCarthy’s The Road – a bleak and desolate musical landscape through which the listener trudges, every second, every moment, precious, balanced precariously between hope and despair.

EDITOR’S NOTE: Solstorm can be ordered from Duplicate Records via this link, and it’s also available both as a download and as a CD at the Duplicate Records Bandcamp. Thanks to Bandcamp, you can also stream the music . . . and you should:

One Response to “SOLSTORM: “SOLSTORM””