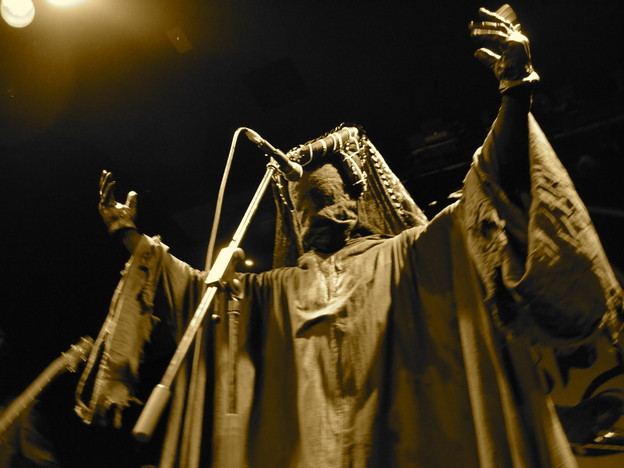 NPR’s Lars Gotrich has been a fan of Australia’s Portal for a long time. I’m pretty sure that seeing a Portal video in one of his columns a couple of years ago was when it dawned on me that NPR’s music focus was beginning to spread out into darker places than I knew. Because seriously, music doesn’t get much darker than Portal’s.

Mr. Gotrich has scored another Portal debut. Today he premiered a track named “The Back Wards” at NPR, which comes from the band’s next album, Vexovoid, due for release on Feb 19 via Profound Lore.

The NPR column is accompanied by that new photo (above) of Portal frontman/front-thing The Curator in his latest finery. As Lars notes, it does kinda look like a kaffiyeh. I’m sure it will be all the rage by the time spring fashions arrive.

GO HERE to be lashed by “The Back Wards”.

5 Responses to “PORTAL: “THE BACK WARDS””