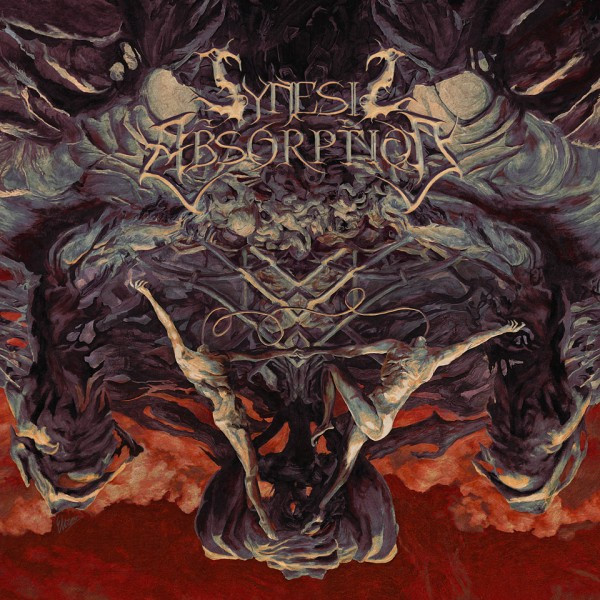 Wouldn’t you know it. After whining in the last post about how little blog/metal time my fucking day job has left me this week, I got enough of a break to make a quick sweep through the interhole in search of new things, and to write this little round-up about what I found.

My roving eye came to a fast stop as soon as I saw the artwork featured above. It’s a painting by the great Eliran Kantor for a self-titled debut album by Synesis Absorption, which will be released sometime this year.

I’d never heard of this oddly named band, but man, check out the line-up: Steve Di Giorgio (ex-Death, Sadus) on bass; Mike Smith (Suffocation) on drums; Robbert Kok (Disavowed) providing vocals; and Miloš Batoćanin (Disdained) weaving guitar magic. After seeing the art and this line-up, I went in search of music — and I found some.

To be specific, I found two official music videos released last year, one for “Forever Untouched” and one for “Disgrace of Redemption”. Lemme tell you, this is some funky ass death metal shit. It’s got the beat and the groove and the progressive instrumental tracery down pretty tight. It’s both table-pounding and mellow, ass-kicking and technically literate. I will gladly have more when the rest of the album drops.

Soilwork have a new album coning via Nuclear Blast — The Living Infinite. Its release is scheduled for March 1 (EU), March 4 (UK), and March 5 (USA). In mid-December we got a first taste of the new album, a blistering, butt-kicking new song called “Spectrum of Eternity” (featured here and freely downloadable here). And not long ago a second song was unveiled — “This Momentary Bliss”.

The new song is much less blistering and kicks much less butt, but I have to tell you it has really grabbed me, thanks to a very catchy melody, cool keyboard work, and an attention-grabbing guitar solo. I guess what we have in these first two singles is the yin and yang of Soilwork. Somewhat to my surprise, I’m liking both halves of the circle. (thanks to DGR for the tip on this one) 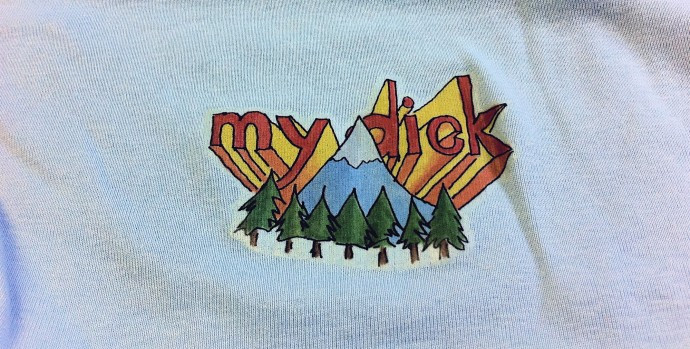 Yes, I thought it was finally the right time to write about My Dick. I think we know each other well enough by now to do it. But don’t worry, I’m only writing about My Dick; photos will come later. I don’t want to overwhelm your senses all at once.

My Dick are two dudes, Cool Hand and Hand Solo, who had a “Eureka!” moment: they decided to take pop songs from the 70s, 80s, and 90s and replace portions of the lyrics with the phrase “my dick”. Amazingly, this makes all the songs better. Actually, that’s not amazing at all. Any song would become better if the vocalists sang about my dick, except for death metal songs because you couldn’t tell they were singing about my dick.

These guys are actually pretty fuckin’ good at what they do, which is singing about my dick. It’s not metal, but it’s metal, if you know what I mean. The album is 23 tracks long and its title is My Dick’s Double Full-Length Release. It’s available on Bandcamp — name your price. Here’s a sample of songs about my dick. Photos will come later.

4 Responses to “WITNESSED: SYNESIS ABSORPTION, A NEW SOILWORK SONG, AND MY DICK”