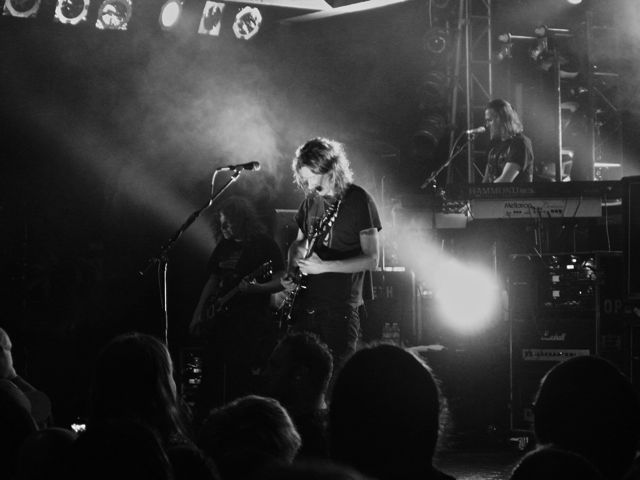 (In this opinion piece Andy Synn offers some thoughts about what it should really mean to be a “progressive” band — and about when the label is just a cover-up for a band’s failure to establish its own identity.)

Let me start off by saying something controversial…

These days the term ‘Prog’ is thrown around so much it’s lost almost all meaning. It’s become a go-to word for bands afraid to admit to their real genre. The worst offender these days is djent, where every other band now describes themselves as “Progressive Metal”, when what they really mean is “Axe-FX polyrhythms, spacey keyboards, and shreddy directionless guitars”, but it’s not the only one. We now have “Progressive Deathcore”, “Progressive Thrash”, and about a billion other genres carelessly welding the “progressive” tag onto themselves in the hope of wallpapering over the cracks in their identity.

I’d even go so far as to say that “Prog” itself is its own genre nowadays, and more than just a qualifier for other genres. My father is an avid reader of Prog Rock magazine, and I take the opportunity to read it whenever I visit the family home. It’s an interesting magazine, trying to keep up with the old-school originators of the “Prog” sound, as well as expose new bands to an interested audience. But I’d say that a lot of the bands featured in its pages aren’t really “Progressive”. There’s too much commonality, too many shared influences and sounds, for that. They’re “Prog” as defined by the boundaries of genre and style, just as “Death”, “Black” and “Hardcore” are defined. 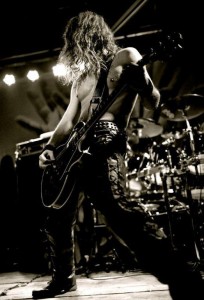 Being “Progressive”, however, doesn’t mean just welding together as many sub-genres and styles as you can in an effort to cover all the bases. First and foremost you should be confident in the core genre you inhabit. Only then can you have the confidence, and the self-awareness, to try and PUSH your sound from within. Yes, you might very well end up progressing outside the bounds of where you began, but it will be a natural, organic progression, rather than a desperate attempt to shore up a sound you’re not in control of.

The worst of today’s offenders are those who try to be all things to all people, and then label themselves as “Progressive” as something of an afterthought, in an attempt to whitewash and conceal the fact that they don’t really have an identity of their own. ‘Jack of all trades, master of none’ applies here just as strongly as it ever did. Touching on lots of different sounds is far away from making those sounds your own. You’re not progressing, you’re just spreading yourself thin. You’re giving people nothing to grab onto except the superficial trappings of diversity and progression.

Being “Progressive” should not mean you lack “focus”.

Let’s take a look at some famous examples: Opeth are/were progressive. Borknagar are progressive. Enslaved are progressive. Devin Townsend is progressive. These bands/individuals took a sound, made it their own, and then took it further. They moved, they changed, while remaining recognisably the same band. It’s a difficult balancing act. Maintaining an identity while steadily expanding your horizons.

I think that word, hindsight, is important to how we view “progressive” bands. Take a look at The Faceless as an example. They went from a more deathcore-friendly early sound, to a sci-fi obsessed tech death band, to a much more proggy, esoteric sound on their latest record. And like it or loathe it, it’s STILL the same band (in sound, if not membership anyway), united by a single vision which I think we can definitely call “Progressive”. 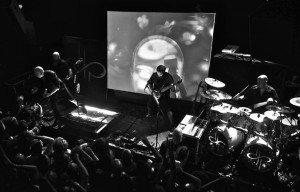 But we can’t all do this. We SHOULDN’T all be doing this. Somewhere along the line a lot of people have started to fetishize being “progressive” as the only way music could be considered any good.

But not everyone can be progressive.

Even the best bands at some point or another find that they can’t or won’t progress any further – and it’s these bands who then concentrate on simply being better! Dream Theater were once the icon of Progressive Rock/Metal, but I think few would argue that they stopped actually progressing several albums ago and, for better or worse, concentrated on refining the sound they had established.

Perhaps more relevant to the NCS audience, I’d contend that Meshuggah stopped being a “progressive” band a while ago too. That doesn’t mean they stopped being awesome though. I’d simply say that they reached the apex of their sound and progression, a sound which let us not forget, was at one time (and arguably still is) unique despite the wealth of lesser-imitations it has spawned.

Meshuggah have found their sound. Their formula. Their foundation. And since it was constructed on their own, progressive, terms, it’s a sound with a lot of breadth and depth to it. They don’t NEED to be “progressive” anymore, because there’s still so much potential left in the sound they’ve so carefully established. Now they can concentrate solely on simply being BETTER.

And these are bands who are considered luminaries of the metal scene. Think of what a car crash it is when bands without even a smidgen of the talent or drive try and act all “progressive”… it’s awful, a mish-mash of half-baked sounds and ideas without any direction or clear intent. It’s a waste of time and effort. 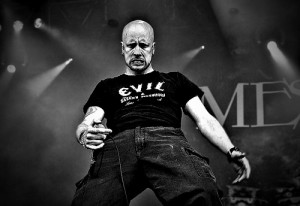 The lesson to be learned is that being “progressive” is a rare thing. And the sort of genre-defining, genre re-defining, progression of an Opeth or an Emperor or a Meshuggah is the rarest thing of all. It’s down to chance, and circumstance. Quantum fluctuations in possibility that none of us can predict. So concentrate on just being better. Better than others. Better than you were before.  I’d say being good at what you do is a better way to make a connection, make an impact, than trying to achieve some ill-defined goal of being “new” and “progressive”.

And don’t forget the song-writing either.

Also I’d say that “growth” is also not the same as “progression”. Job For A Cowboy have grown from a scrappy bunch of deathcore teens into a (relatively) respected powerhouse of the current death metal scene. But I wouldn’t label them as “progressive”. They’ve just… grown. Filled out. Got hair where there was no hair before. I don’t doubt this added maturity has also brought along a number of different, even progressive, influences into the band as well, but at the heart of it they’ve aimed at being a death metal band, and are now trying to be the best death metal band they can be

Overall I’d say we’re all too quick to label a band as “Progressive” these days. We’ve become ashamed of genre tags to such an extent that we’ve chosen “Progressive” as simultaneously the most amorphous, and superior, adjective we can use to describe bands. Think on this example – a band comes out with an interesting debut album. Do we label it as “Progressive _____”? How can you tell? The sound might fit the general progressive mold, but it’s also possible they’ve just taken a heavy influence from bands who’ve already spent years progressing towards this sound – they sound “progressive” but without the “progression”. And maybe their next album will share a similar sound to their first and show no progression. Maybe it will be just as good. But it will be an imitation of a progressive sound, and not a progressive sound itself. You dig?

I guess what I’m saying is that you can’t force progress. You can’t force growth. You shouldn’t aim to be “progressive” – because what does that really mean, and how does it work? When you put your band notice up stating “musicians wanted to start progressive metal band” what exactly are you saying? You’ve not even started making music yet, how can it be a progression from anything at all?

Be yourself. Don’t try too hard to be progressive. Then maybe you might make some actual progress.