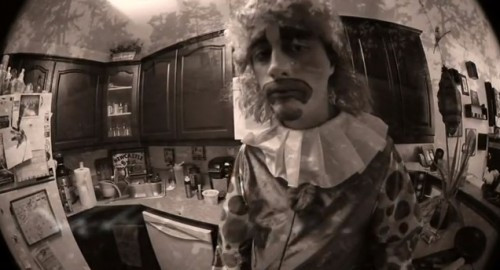 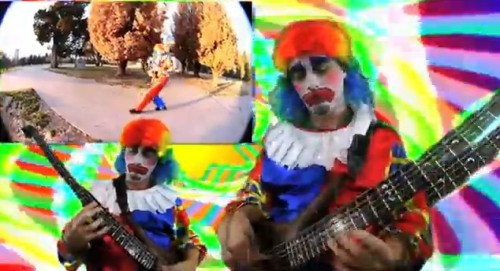 You know, it’s about fuckin’ time that someone captured in music the inner pain, sorrow, degradation, and wistfulness that clowns experience every goddamn day. God bless those Cephalic Carnage brethren Nick Schendzielos and Brian Hopp for doing that in this new video.

This widespread prejudice has cost the lives of hundreds of thousands of clowns. It is the hidden shame of our great Nation. And the number would be orders of magnitude higher except for the fact that juggalos travel in packs. But (except in the case of juggalos), this mixture of fear and loathing that everyone feels about clowns is heartless and insensitive.

But fortunately, I don’t have to get that close, because Nick Schendzielos, in his “Sad Clown” persona, has so masterfully embodied the inner humanity of clowns in his new single, “Mullet Clown Bass Gun Control”. And Brian Hopp as the Black Metal Clown has made a vital contribution to the effort with his riveting guitar solo.

We owe both of these men a debt of gratitude for creating a legitimate clown civil rights anthem, the first of its kind and the last, because there is now no need for another.

(thanks to TheMadIsraeli for the tip about this video)