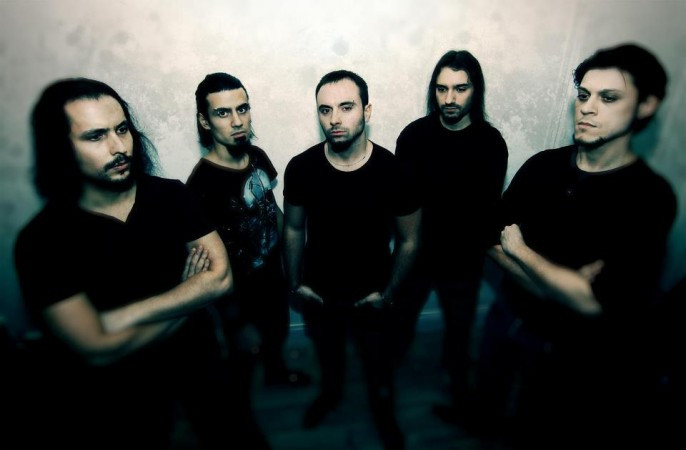 So, this morning I was poking around a nice new India-based metal blog established by our supporter “Deckard Cain” (Metalspree), and what should I spy but the news that Fractal Gates have a new album coming and a new video streaming. You could have knocked me over with a feather.

I discovered this Parisian band 2 1/2 years ago through an insistent recommendation from one of this site’s original co-founders and was blown away by their 2009 album, Altered State of Consciousness, which I reviewed here. I was taken by everything about it, not only the music but also the artwork for each song and the sci-fi oriented concept behind the album — which is a tale of an apocalyptic future in which human minds escape into the depths of space, eventually to discover that they are not alone . . . and never have been.

The music itself was a kind of dark, brooding melodic death metal that at times reminded me of Insomnium, and I spun that album to death.

Thanks to Metalspree, I now know that the band have finished a new album — Beyond the Self — which will be released by Great Dane Records in February. It was mixed and mastered by the godly Dan Swanö with guest appearances by  Swanö himself (vocals) and by Septic Flesh guitarist Soritis. And based on a few samples, it appears there will once again be separate artwork for each song: 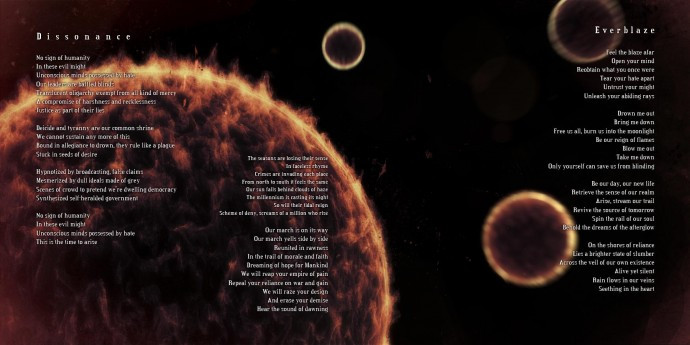 The new video, which I somehow missed when it debuted earlier this month, is for a new track called “Timeless”, and it includes one of those guest appearances in the music by Soritis.

The video offers some sweet cosmic eye-candy, and the song itself reminds me of why I like this band so much. Ringing guitar melodies ride a heavy undercarriage, with bass-level growls proclaiming the lyrics. It’s heavy and it’s memorable.

People who enjoyed the 2012 releases by bands such as Be’lakor, In Solitude, or Daylight Dies would do well to get familiar with Fractal Gates. The “Timeless” video is below.

4 Responses to “FRACTAL GATES ARE ABOUT TO OPEN AGAIN”