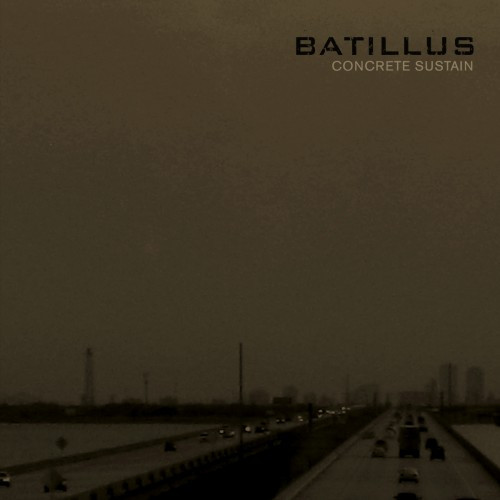 Sometimes musical success is constructed upon the simplest of foundations. Take the new Batillus album, Concrete Sustain, for example. Specifically, take the first two tracks. They start with a simple drum rhythm or bass riff — but not just any rhythm or riff, only Grade-A Prime body-movers.

Then they strap on a standard fuckton of 100% radioactive beef — low-slung, fuzzed-out riffs that provide the demolition counterpart to those foundational rhythms. On top of that they judiciously layer electronic noise and corrosive, fingernails-on-the-chalkboard vocals (though you’ll eventually also come to some horrifically deep vox, too). And voila! Black industrial funk, the dancebeat at the end of the world.

Seriously, try to resist the viral drumbeat that courses through “Concrete” or the compulsive bass line in “Cast”. I dare you.

But don’t be misled into thinking Concrete Sustain is nothing but a vat of sludgy industrial doom. If you do, you’ll get a big skull-crushing surprise when you come to “Beset”. You listen to that one, you’ll feel like you’ve flown too close to a massive goddamn gravity well. After a comparatively subdued intro, it begins a slow, relentless pull into uber-distorted doom oblivion. Simple, but slaughtering, with only an echoing melodic guitar lead to kiss you goodbye. 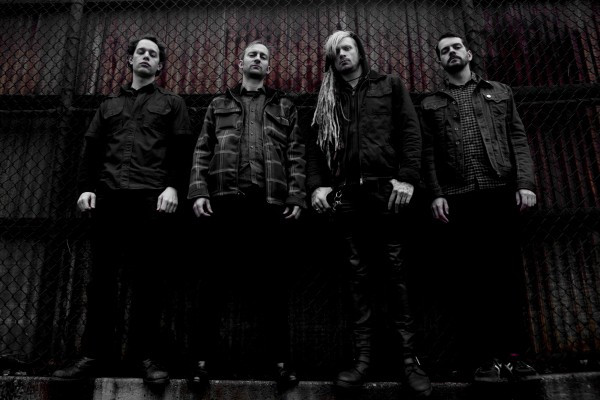 The fourth track, “Mirrors”, veers back in the direction of the first two songs, but stops short. It moves faster than the oozing pace of “Beset” but isn’t quite as rhythmically infectious as “Concrete” or “Cast”. It’s a lumbering, stomping brute of sludge-doom with a dressing of synthesizer sickness. The vocals can strip skin from bone, by the way, so armor up.

“Rust” gets that black industrialized funk in motion again, with riff crowbars to the back of the head, and another hooky drum and bass performance. But I don’t want to overwork that “industrial” adjective too much, because although the song has definitely got the beat, it’s really viscous, too. Breathing won’t come easy listening to this track.

And that brings us to the long closing song, “Thorns”. I think of it as an anthem for the damned and dying. Almost stately in its pacing, it builds a bleak but memorable vocal and guitar melody over the ponderous might of all the impenetrable doom down in the song’s bedrock. It’s more sorrowful than destructive. It runs deep and dark.

Yes, the music on Concrete Sustain at its core may be simple, but that hardly means anyone could have done this. And yes, in my book the album is a success, a 2013 must-listen for fans of doom, especially those who might want to do more than stand in place and nod dreamily at the floor.

Concrete Sustain was co-produced by Sanford Parker and mastered by Collin Jordan. It will be released by Seventh Rule Recordings on March 19. To hear the album’s first track, visit Pitchfork via this link. And here are Batillus links:

Batillus will also soon be touring in support of the album, and these are the dates. This is an act I’d like to catch, especially because they’re playing Seattle with fuckin’ Atriarch.