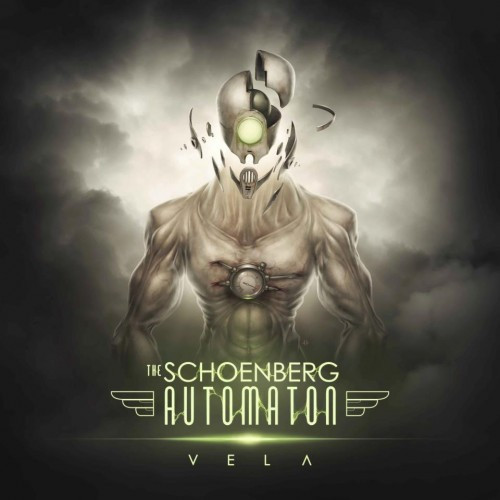 (Guest contributor Austin Weber reviews the new album by The Schoenberg Automaton, an Australian band we last featured in June 2011.)

The Schoenberg Automaton is a group I’ve followed intensely ever since I first heard rumblings of their bizarre brutality from Australia. The name alone had me hooked, as my love for composer Arnold Schoenberg runs deep. He was a brilliant man who conceived the twelve-tone writing technique still used today, including in metal by people such as Ron Jarzombek. He also made very atonal, dissonant music unlike anything previously heard and was a huge influence on composers from the 19th century to the present.

The band’s 2011 self-titled three-song EP was a powerful notice to the world that something big was coming. Vela delivers in spades and builds upon their unorthodox mix of Ion Dissonance-style mathcore and Tony Danza Tapdance Extravaganza grooves covered in technical death metal. Vela is overwhelming and full of amazing massively crushing tracks like “Arecibo,” “Pineapple Juice & The Tough Stuffed Olive”, and “All Roads Lead To Rome.”

You have to give them credit for the sly additions and updates when re-recording songs from the EP for the album. This adds some replay to those of us like myself who have already played those songs into infinity. The haunting reprieve of instrumental “Stopping A God Mid-Sentence” emerges from the storm and into the calm. They use sparse meditative bridges to break up the full-throttle intensity that bleeds from the ferocity on tracks like “Ghost Of Mirach,” “The Worm Engine”, and the extraterrestrial overload of  “Ultimatewhirringendmachine.” The Schoenberg Automaton eschew the norm with songwriting full of innovative arrangements. 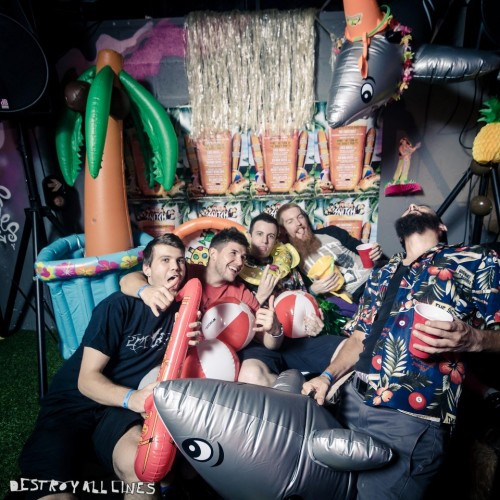 In a weird way Vela feels like a companion to The Forgotten, the new album by The Zygoma Disposal (reviewed here yesterday), which incidentally came out on the same day. Both groups blur and reshape a number of different genres and ideas into a new blunt songwriting approach.

I could say a lot about Vela, but ultimately music this intense and different needs to be heard; explaining what they do still wouldn’t prepare you for how well thought-out, eerie, and dominating The Schoenberg Automaton are. This is the kind of adventurous genre-fusing metal that gives me hope for the future: good musicians with good ideas making phenomenal music.

4 Responses to “THE SCHOENBERG AUTOMATON: “VELA””