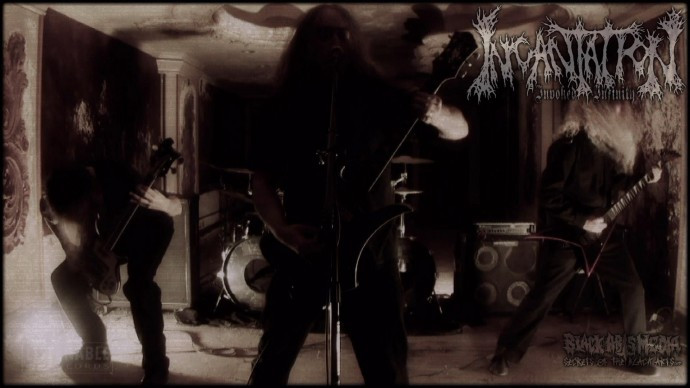 The last 24 hours brought three new music videos that I thought were worth throwing your way — three quite different forms of metal and three quite different uses of visual accompaniment, but all worth seeing and hearing. The bands are Incantation (U.S.), Hanging Garden (Finland), and Byzantine (U.S.).

This seminal NYDM band’s new album Vanquish in Vengeance, their first in half a decade, was released last fall by Listenable Records.  It has been very well-received, and rightly so. It bears the hallmarks of Incantation’s well-defined morbid, crushing style, but with a crisper, more modernized sound, and it’s packed with varied, well-written songs. The album opener “Invoked Infinity” sets the tone for the album, summoning up atmospherics of the occult and the doomed while also ripping flesh with a storm of razor-edged guitar work.

This morning the band premiered a video for the song that captures the mortuary air of the track — because it was filmed in an actual, decaying, turn-of-the-century funeral home. Here you go: 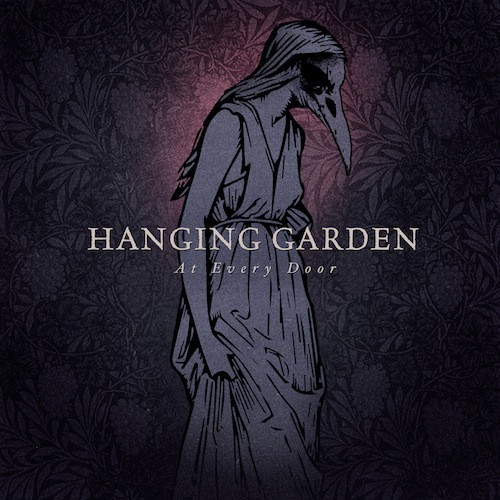 Hanging Garden are a Finnish collective whose new album At Every Door was also recently released, by Lifeforce Records. This morning an official music video for the album received its premiere at a Finnish site. I hadn’t yet heard the album, but I decided to watch the video in part because it was described as something out of the ordinary, a short film rather than a more conventional metal video. As things turned out, it led me on a tour through much of the album.

The video’s title is “At Every Door”, and it’s thoroughly enthralling. It dramatically succeeds in meshing visuals and music in a way that elevates both elements. I won’t say much about the narrative in the video, which is beautifully directed and filmed, because attempting to describe its mysterious narrative would spoil much of the effect. Also, I’m not sure I could describe it if I tried — it remains cryptic (and increasingly disturbing) all the way to the end, and I think it’s subject to more than one interpretation.

After watching, I went to my promo copy of the album and discovered that despite the video’s title, it isn’t the album’s title track. I wound up listening to about half the songs before concluding that the film’s soundtrack is really two songs melded together — the album’s opener “Ten Thousand Cranes” and the fourth song, “Wormwood”.

I really liked both of those songs, which fit together really well in the video, as well as other tracks on the album that I heard during my search. The music is the kind of melancholy doom/death that I think will appeal to fans of bands such as Ghost Brigade, Swallow the Sun, and Daylight Dies. It’s music that’s dark and sad, beautiful and crushing, with a mix of clean vocals and gargantuan deathly roars.

This eerie video is long, but well worth the time.

We’ve been celebrating the resurgence of this West Virginia band for many months and had the privilege of premiering (here) the first official video from their comeback album in mid-January. It’s now been given an official release date — February 26 — and can be pre-ordered via a link that you’ll find below.

Byzantine have now put up a playthrough video that will give you a chance to hear two more of the tracks — “Forged in the Heart of a Dying Star” and “Caldera”. The split-screen video features vocalist and rhythm guitarist Chris Ojeda both playing and vocalizing. I’ve been telling you repeatedly how varied and interesting this album is, and these songs provide further proof. And it’s a kick to watch OJ doing his thang, too. Definitely worth watching, and hearing.